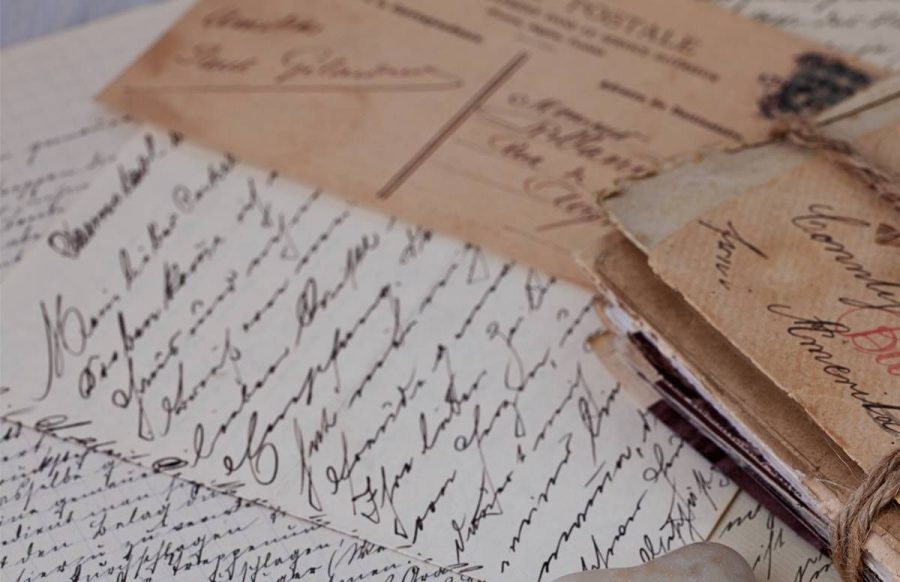 My school nurse warmly welcomed me to the office every week or so, handing me an ice or hot pack to soothe some tender joint or muscle. She often asked if I had friends. “Not really,” I’d say, or sometimes just not reply. I was too soft, too small to be seen.
I was always in pain.
I was labeled a kvetcher, a whiner, a complainer.
Somewhere in the mire of doctors’ visits between 12 and 22 my spine warped; both sideways, in scoliosis, and forward, in kyphosis, with no clear cause. Like a burning paper doll, I was curling into spirals and dusting away. With every heavy backpack and backyard chore I did, I felt myself weakening and bending, but my complaints fell on misunderstanding ears.
I always seemed to snap at the wrong joints. At ten my father pointed out that I was walking with my toes pointed in, at Disney World of all places. I attempted a normal turnout for the rest of the week, swallowing my dignity and hoping that I’d walk through the pain. Instead, my ankles swelled up to twice their size.
I spent months at a time with isolated aches that consumed most of my brainpower. Memories of my sixteenth birthday party have been overridden with the vice grip throbbing in my hips and back that followed an innocent game of cards on the floor. At nineteen I broke my foot in a martial arts class, which left me with a permanent limp.
At twenty, I tumbled down a set of nine hardwood stairs and shattered four vertebrae in my spine. Breathless, agonized, I pulled myself down onto the landing with a thump.
“Are you okay?” called my partner from the upstairs, who was and is well-aware of my propensity for clumsiness on a granular level. “Do you need help?”
“Call 911,” I croaked, barely louder than a whisper. “I think I’m okay, but I need you to call an ambulance.”
I have no shame here now admitting it, but reader, I was not okay. Nearly paralyzed by pain, I was carried out of our apartment in a stretcher. The details of the rest of the day, including an order of events and the particulars, have evaporated from my mind. My partner’s memories of that day dwarf my own, not only for the fentanyl twice administered while in the ambulance but also for the sheer pain and terror that plunged its angry fists into my solar plexus and wriggled its fingers into my brain. Over the coming months, the pain spread like a mushroom does: at once, as a spore drops onto the soil, then slowly, as the mycelium eats through miles of farmland and forest– a ravaging blaze, creeping along as to be invisible to our eyes.
Invisible it was, that way. The little spark in my thoracic spine was all my scarecrow body needed. The doctor’s prediction of health was six to eight weeks. Months and months later, I am still in daily pain. Months and months later, here I am. On fire.

I have dreams where I’m at trailblazer camp and I’m ten again. We’re sitting around the campfire on a particularly beautiful night, the kind where the sun pulls down a rainbow curtain of light behind it like a wedding train, and the evening waltzes up the skyline behind. They’re like Ginger and Fred, effortlessly whirling through the cosmic ballroom. We’re roasting marshmallows; our meager treat after a 10-mile hike during the day. The other girls are showing each other how to roast a marshmallow to pull off its skin, to peel away the burned mass and enjoy the goopy, sugary, melty mess on the inside.
I should be happy. I should be laughing and smiling with these older girls, who are trying their best to include me in their conversation. But all I can think about is the discomfort chewing its way up my throat, and the great efforts I am going through to hide it. The pain is like sunburn but widespread, as though the sun crept through my clothes and scorched me unwaveringly. There is nothing in my first-aid kit but band-aids and Advil, and little batteries for my bright pink camping watch.
I’ll be fine in the morning, I tell myself, and watch as my little marshmallow turns black. I will glue my mouth shut and pray the pain sloughs off like carbon. My little watch ticks away into the night.

At 22 I finally have answers to some of my lifelong questions. Unfortunately for me, most of those answers have just led to more questions. “Fibromyalgia,” I groan at the rheumatologist who’s meeting me over Zoom. “isn’t that just a fancy way to say ‘We don’t know what’s wrong?’”
“Sure,” she says, “but now we’ve got next steps. Let’s start you on some muscle relaxers and get some scans of your spine.”

“Was there some trauma?” the x-ray tech asks, after I fail to sit still during an odontoid scan of my upper spine.
“Sure,” I say. “Sixteen months ago. Though I’m still in pain. That’s why I’m here.”
She averts her eyes, though through the lead screen’s window I can see she’s furrowing her brow at the monitor and pointing at something for her student.
“Am I good to stop sitting like this?” I ask, hoping that the answer is a resounding yes. After twenty full minutes of sitting upright, my core and back are exhausted.
“Absolutely,” she replies. “Give me a couple minutes and we’ll get the last couple of pictures.”

22-year-olds should not be as tired as I am, but regardless of how much sleep I get a night, I can’t stay awake during the day. This little pinkish pill, Flexeril, barely larger than a sesame seed, is supposed to change this.
Like I do every night, I pop the pill with six milligrams of melatonin and a large glass of water, then settle in to sleep. After about half an hour, the relaxer will kick in and I’ll be unable to move my legs or text coherently. I’m scrolling through the main page on Facebook when I get a PayPal alert: someone has logged in to my account from New Jersey and attempted a $250 transaction.
I can feel my hip joints falling asleep already, but I have to stop the transaction before it reaches my bank account. I swipe and tap through nearly fifteen different screens where I change my password, enter in several different authentication methods, and enable new security measures. Just as I finish the last step in logging out all devices, I feel my vision go blurry, and I let myself fall into Flexeril’s mire of sleep.

At some point, every watch unwinds. At some point, every motor burns out. I’m watching the ba bums on the heart rate monitor of my FitBit and wondering how many heartbeats I get in this lifetime before I unravel like a moth-eaten scarf.
Google what starts a wildfire, and the list rolls out like ticker tape. Cigarettes. Lightning. Apparently, gender reveal parties. Accidental sparks. Forgotten lighters? Definitely. Heated engines, too. Sometimes, rogue campfires. Sometimes nothing at all. Nobody knows when the next one will start, or, more painfully, when it will end.

How much of teenagerhood did I swim through like pea-soup fog? The people I cared about most—my best friends, Alex, Allie, Virginia—how much of me, in their eyes, is made of pain, and ache? Where am I human to those that know me most?
Then college—my freshman and sophomore roommates saw me at my most vulnerable, crying on the floor of Governors’ Hall 355 as my muscles spasmed out of control. I hid it from everyone else: my advisors, my professors. I told myself they didn’t need to know. If my own parents refused to acknowledge my struggles as real, they must have been all in my head.
Then the injuries—my foot, my back, and suddenly the world took my pain seriously. With evidence of those broken bones doors opened up and stayed open—disability services, peer support. Things I didn’t think were available for me before.
When my partner of three years and I broke up, the first questions he asked me, as we cried at 2 a.m. on our couch, were all about my independence. Would I be able to manage my frozen-body pain flares by myself? Do the dishes without help? Who would come with me to the unending slew of doctors’ appointments? At 22 I was starting my life without another person—freeing, yes, but also terrifying. And once I navigated that first two weeks, without someone to wake me up from my muscle-rending Flexeril nightmares or bring me water after a particularly painful flare, I sat in my bathroom and wept. Not for the person I’d lost, but what I’d gained. Independence, in the best way, coupled with stark reality.
I take care of myself from now on—fibromyalgia, muscle spasms, the lot.

My doctor advises me to cut out the drugs to figure out what really hurts. That means no cannabis or alcohol to numb the evening scaries. My evening Js as a means of pain management, the occasional glasses of vino—all off the table. I cut down on, and then out, all my caffeine, so I might live somewhat addiction-free beside the eight (8!) pills a day.
The days pass like softened stool: easy but shitty. I’m just tired of fighting an uphill battle, tired of the doctors and diagnoses. I don’t hate sobriety, but I hate the lack of easy escape. There is no escape hatch on life—my big girl pants are on and I must soldier through.
Tomorrow is a new day, I say. Time to go back to sleep.

In my dreams, flying on muscle relaxers, I reclaim the time I lost to pain. Tomorrow I will wake up to aching bones, but right now I am sixteen and I’m in no pain. I am wearing flip flops on a warm day and no one tells me my feet are lopsided. I am eating full-fat, whole-milk ice cream for lunch and dinner and breakfast and I do not end up over a toilet the same day. I am wearing a bra! Tight clothing! I stay awake for full days and I do not slouch at the dinner table—just at breakfast and when I eat snacks. I am sitting on my parents’ roof at 2 a.m. smoking a pot cigarette stolen from someone’s center console when my best friend rolls up in the driveway to surprise me for a midnight drive. “You fucker,” I call down to him, and he grins at me from behind iridescent sunglasses. We are cruising I-89 and we are flying. I drop my cigarette and I crumble away down the embankment.
In my dreams I am a forest fire lit up by a million charred marshmallows, and the radar in the car never alerts for speed traps. I feel my bones reset themselves as though I was a wrecking ball reversed. The steam from North Park Lake straightens my hair and my spine and my grades.
Suddenly I am speaking to a crowd of a hundred people and they are laughing, chanting. They are listening to my voice as it echoes through a thousand concert halls and I hear the concrete cracking as a million spotlighted dandelions sprout up through the urban jungle, upright, alight.