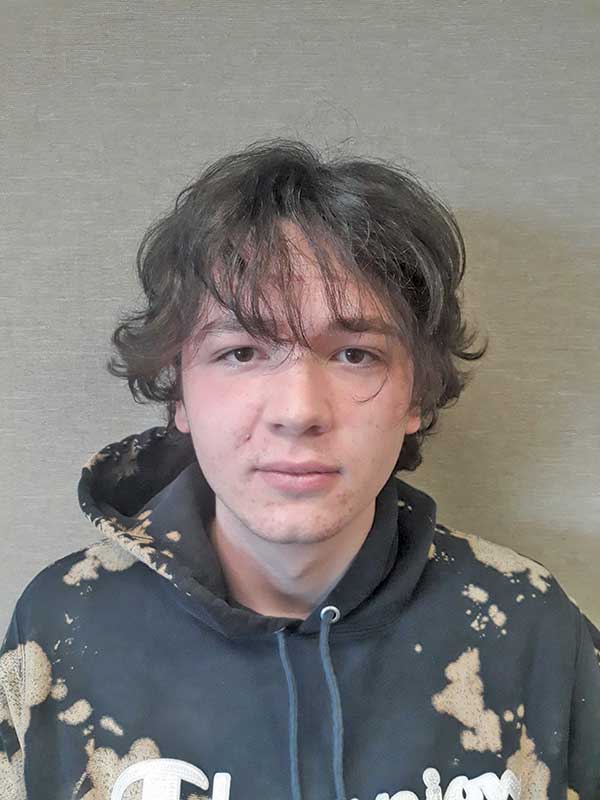 Todd-Michael Gauthier is a first-year student at NVU. While he is currently pursuing his BFA, Todd views writing fiction as an artform used for expression as well as sculpting or drawing. He spends time exploring the internet and the world around him for new inspiration to fuel his drive for creativity and learning. In the outdoors, he enjoys snowboarding and visiting places he’s never been to along with old places he’s seen many times before. Though a lot of his time is spent watching shows and movies, he hopes to travel the world soon before he is too old.

“First time?” The machine reminds me of an escalator but on snow. The people ahead of me are already being towed to the top but it also reminds me of jet skiing, like my family does in the summer. My sister used to love watching me skid along the water. I respond halfheartedly, hoping I wouldn’t mess this up.

“OK,” he announces skeptically, “so all yer’ gonna wanna do is face forward and grab a bar when yer’ ready. Try to follow the tracks der’.” I make my way closer towards the man who could have been older than 60 and had clearly been skiing his whole life with his stained, white beard and tattered, leather jacket. He points upwards at the tracks that would lead me to the top. I slowly push with each foot at an angle, going a little further with each motion. “Stand ere’.” He points to a spot next to the ski tow. In position I reach for the bar with one hand which moves a little faster than I had initially expected, landing me on the ground. “That’s alright, try another.” He chuckles. Scooting my way back into position, this time I use both of my arms to absorb the initial force of motion.

As I glide to the top clutching the bar, I almost fall over again. My hips spring forward and back doing the hula, but I eventually line up. Oncoming newbies snake by one another like falling leaves in the air. I was hit by the sudden realization that I would soon be one of them; maybe just not as graceful. The snow around me made it hard to see, but what better time to be skiing I keep telling myself. That is what my dad said before dropping me off and booking it for the lifts. I could really use his words of encouragement right now; he always believes me. I prepare for departure from the spinning line as I get closer to the top. Making a clean exit I make for a spot along the “summit” with minimal people. My legs feel lanky at the top of this hill, and I’m quickly reminded of why I avoid going outside in the winter. The blinding ball overhead was only enhanced by the clear blue sky with a wisp here or there as two birds flying far above let out their caws. I would have passed out if I wasn’t already shivering half to death. The trees on either side of the hill sway lightly in the breeze, kind of like me. I see the concerned faces of the people around me getting ready to go down this miniature mountain as one of them says, “Are you ok? You look like a ghost.” They say almost mockingly.

“I’m fine.” I reply, as I slide on my big, orange tinted goggles from the top of my default, gray helmet. They help me see in the light flurry and hopefully aid in keeping my vision if nothing else on my journey back to the bottom. I don’t want to be here, but I had to make my mom happy, seeing as my dad had no one to come up here with anymore. I try taking one short step before the skis take a mind of their own. Building up speed by the second, the feeling of not being in control latches to my brain. Now would be a good time to know how to stop.

“Pizza pizza pizza!” I hear someone yelling. Picking up speed by the second, I run into a snowboarder, sending them to the ground as I stumble but keep my momentum.

“Asshole!” I can almost taste the sweet relief of the bottom. I somehow manage to slide between an instructor and their student before plopping myself somewhere safe. Bottom at last. The snow beneath me starts to melt. The longer I lie in it the more I notice how the clouds are being pulled through the sky. One would start at the top of my vision and subtly glide towards the bottom just above the snow-baren branches of the tree next to me. I heard some sort of bird cawing from an otherwise silent winter-scape. I wish I were nicer to her. I started to notice the water seeping through my suit; I’m pulled from my cloud gazing. I could hear my sister laughing as I stood up for our next run. “Your butt’s wet.” She gaggled. I turned to meet her with my coldest glare. We froze. All she did was grin from behind the snowball she was eating. Cheeky little shit. Her dark hair stuck to her rosy cheeks. I jumped for my sled.

“Last one to the top does dishes.” I got the head start. My one-size-too-big snow pants made the fwoosh, fwoosh, fwoosh with every stride.

“Not fair!” She cried. Racing my way from the bottom of the hill I felt my stomach turn, but it would be our last run anyway. Finally, I made it to the top, but she never left her spot next to the tree.

“What are you doing!” I called down.

“But I don’t wanna do dishes!” she said with a tinge of brattiness. She sat with her legs folded underneath her otherwise rigid self. I could almost make out her big frown from all the way up here.

“Fine just one more run!” I responded. She grabbed her sled reluctantly and slowly paced up the hill. I noticed her In no hurry she sat down in her purple plastic saucer.

“Only if you beat me down!” I said, giving her a push before looking which direction I may have sent her.
“Weeeeee!” I know what’s about to happen. The tree stares back at me.

“Stop! watch out!” I knew it was too late as my stomach completely ate itself. The rest of it was a blur, but I don’t think anyone did the dishes that night. I knew it was an accident, but it didn’t make it any easier; only harder. Every time I look at the tree, I see what her face looked like. Not really a face anymore. I’m reminded of the two crows I sat next to in the snow alongside the bits and pieces of purple plastic.