“Human Centipede 2”: Is it really that hard to act like a buttface? 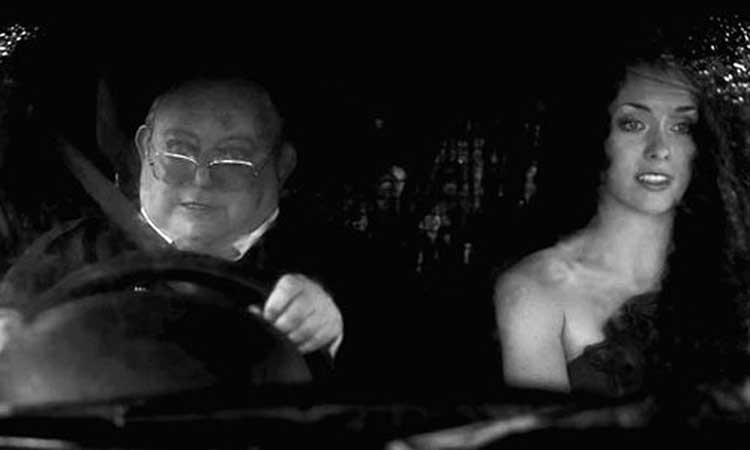 Last spring I submitted a movie review on “The Human Centipede (First Sequence),” and thankfully my review was published in that week’s issue of Basement Medicine. The film had been released a year before I wrote my review, and so my efforts may have only been useful in dredging up painful memories for those who experienced Tom Six’s masterpiece.

Six, writer and director, shocked the masses with his artistic vision of torture horror with his first human centipede film. But Six wasn’t ready to quit, at least not then, and I had no intentions of missing my mark this time around.

A man twisted enough to pen the first sequence can only ascend into horror stardom. I take great pleasure in being placed at the helm once more in this special review of Six’s return to the big screen with his Sundance Festival-recognized and explicitly disturbing and disgusting sequel, “The Human Centipede 2 (Full Sequence).”

For those who need a refresher, or perhaps a refreshment, allow me to take you on a tour of the human centipede. Such a contraption is made up of parts, and those parts are living human beings. The transformation of humans into a human centipede involves a surgical procedure where every human down a line is connected to the anus of a human in front of them via their mouth, aside from the Alpha of the centipede. The humans are also connected via their gastric system. What the Alpha consumes the rest of the centipede consumes as digested waste. This gives a whole new meaning to the term down in the dumps.

The Full Sequence, much like the first sequence, is a tale of obsession. While Dr. Heiter obsessed over mastering his human centipede experiment, Martin (Lawrence R. Harvey) obsesses over Six’s film. It’s as Meta as a film can get with more filthy humor than a Chris Rock comedy tour.

Six’s sequel tells the story of a mentally disabled man named Martin. Martin lives with his mother in a London housing project. Invariably due to his father’s sexual abuse of Martin, he lives a bleak and lonesome life, a life devoid of much happiness. Six’s “The Human Centipede (First Sequence)” reveals Martin’s source of true happiness.

A loner, disturbed by his unhealthy familial relationships, Martin falls captive to a creepy obsession with the human centipede, ultimately realizing his own intentions to construct a monstrosity of his own. Martin works as a security guard in a parking garage. At work Martin watches and re-watches his favorite film on a laptop, sinking deeper into obsession.

Haunted by the “teasing voice of his incarcerated father” and the interminable nagging of his half-wit mother, Martin, a stout bowling ball-shaped man, is pushed to the brink of insanity, having to sober his craziness with the execution of his wickedly inhuman experiments. Hang on, let me staple your face to his butt. No, it’s okay, my doctor says it helps me control my issues.

The acting is average. Is it really that hard to act like a butt face though? I would think not. The dialogue is sparse. Martin says but one word, if in fact what I heard was more than an orgasmic mumbling of sorts. And the rest of the acting crew is much to busy sniffing each other’s rear to utter a line of dialogue.

The cinematography is also average, if not better than the acting. The beginning of the film starts off with the final long take in “The Human Centipede (First Sequence)” and then brings us out of the movie and into reality as we see Martin glazed over in a state of boorish perspiration watching Six’s first sequence. The film gives off a Meta vibe, the impression that Six is using art to talk about art, and therefore has something to say to his critics. Perhaps he simply wants to tell those critics to kiss his ass.

It’s all very funny, the way in which Six has juxtaposed his second film with his first film. The fundamental difference is that Dr. Heiter was an esteemed doctor of medicine and Martin is a mentally challenged and sickly sexually obsessed security guard. The gore in the second film is outstandingly gross, superbly exploitative and a great big f*** you to the critics of his last movie.

There’s childbirth inside an automobile, a complete deconstruction of someone’s face into what looks like a grotesque Picasso sculpture, and a twelve-person centipede connected with duct tape and staples.

Six aimed to make his audience squirm and shudder at the images in his movie, knowing full well that none of them, including me, would form emotional ties to his film. That being said, Martin’s sexual obsession with Six’s first sequence is a mockery of how critics were trying to understand Six’s movie the first time around.

The film was banned in the United Kingdom and Australia, as well as receiving a less than warm welcome in the United States. Still, “The Human Centipede (Full Sequence)” is a marvel of a film that has earned its right among its contemporaries. There are no butts about it.