“Bullet to the Head,” a straight shot into the classics 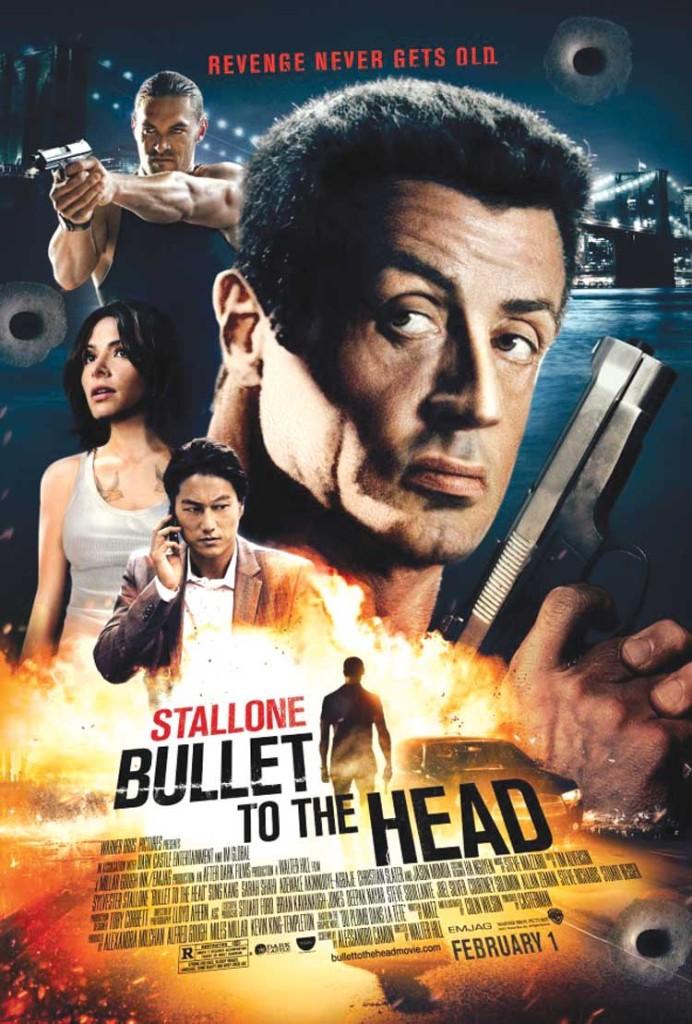 “Bullet to the Head” starts the moment you know you’re in love, then jumps to the wedding night for the rest of its sublime 91 minutes. Falling in love is a bullet crashing through all the logos at the beginning of the film – a statement, maybe?

As for the wedding night, why hear about it when you can have it for yourself? Eight bucks, six if you can catch the matinee, and you’ll be seeing the best American movie in years. It’s a morality play, just like the old Forties classics, those hardboiled noir masterpieces that captured American existentialism after the second World War. We’re in a similar place now, post-9/11, which is why we’ve had this rash of action movies. None of which, by the way, come within a country mile of “Bullet to the Head.”

Walter Hill, the director, hadn’t made a movie in 10 years prior to “Bullet to the Head.” But he made “Bullet to the Head” like no one’s made a movie since 1943, like film was still young and undefined – and during “Bullet to the Head,” man, it seems like it. Hill shot the kind of scenes we’ve seen a million times in a million films like he was discovering them for the first time: snap zooms and tilts where you’d expect a stationary low-angle, stuff like that. Only it’s in the editing, too, which is so alive it seems polyrhythmic, like your body’s systems running together. Some of the shots literally burn into the others. The whole movie’s pulsing and alive and on fire. Steve Mazzaro’s music flames like a Bunsen burner under the film – wailing harmonicas, pounding drums, guitars like the Devil’s whispers.

The archetypes are the ones Hill created in “48 Hrs.,” the whole buddy routine that Shane Black made famous with “Lethal Weapon” and “The Last Boy Scout”: the by-the-book good guy and the wrong-side-of-the-tracks good guy against the bad guys. Sung Kang from “Fast Five” plays the by-the-book good guy, a young cop flown in to New Orleans to investigate the murder of an ex-cop – who was just taken out by Sylvester Stallone’s character, the wrong-side-of-the-tracks good guy, a hitman with principles.

They’ve got to work together, ideologies clashing through the whole film in a moral fistfight, to reach the bad guys: a real estate tycoon (played by Adewale Akkinuoye-Agbaje, Mr. Eko from “Lost”), who warns that you can never trust a man who doesn’t care about money, and an assassin played by Jason Momoa (from the godawful 2011 “Conan the Barbarian”), who doesn’t seem to care about anything except the pleasure he gets from killing people. Christian Slater plays a sleazy lawyer in the middle of them, his first time on-screen in eight years. Oh, if Veronica Sawyer could see him now.

I hope the same thing that happened to “Out of the Past” happens to “Bullet to the Head.” “Out of the Past,” which is now considered an American classic, didn’t get much acclaim when it came out in 1947. Then, after about 30 years, it sank into the past, and suddenly people loved it. Time brings perspective.

Right now, “Bullet to the Head” is getting dismissed as “unapologetically trashy thrills [evoking] memories of its star and director’s proud cinematic pasts – but sadly, those memories are just about all it has to offer” – according to Metacritic, a.k.a. George Orwell’s Nightmare. A bunch of robots would think that. For our film culture to heal, we’re going to have to forget about Metacritic, and Roger Ebert, who saw two stars in “Bullet to the Head” – which is also what he saw in “Blue Velvet,” for Chrissakes.

No, a thinking and feeling person is going to get a lot more out of “Bullet to the Head.” “Parker,” with Jason Statham, another new release, is a safe bet, too, although its only innovation is its titles – you know, like “West Palm Beach, Florida,” which would usually appear as writing on the screen. Instead, it’s shown as computer-generated imagery that makes it look as real as the buildings and scenery through which the titles are interwoven. Pretty neat.

But if you want more than neat, see “Bullet to the Head.” For those who prefer their wedding night to going on a date.