“Man of Steel,” as messianic as its hero 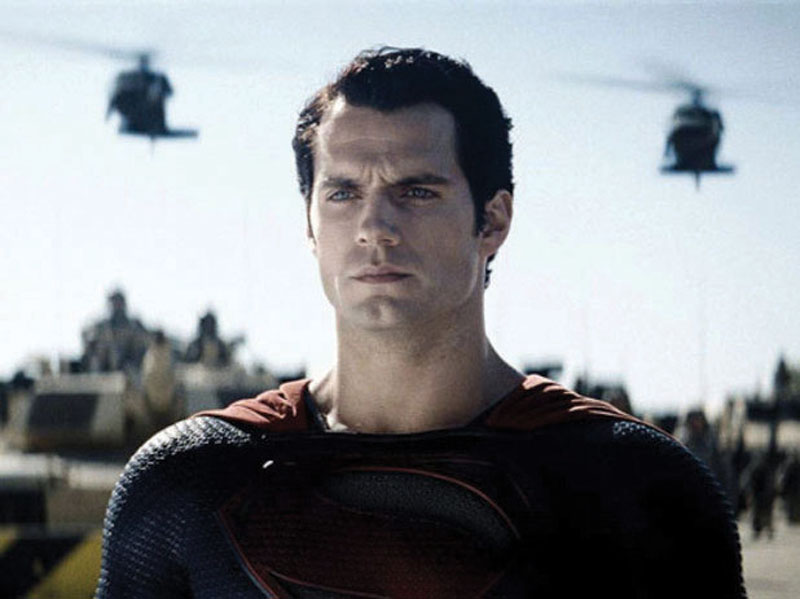 I’ll write 20 f—–g pages about “Man of Steel” someday, right after I finish my essays on Stallone’s American mythologies and why the ending of “Lost” didn’t suck.

Stallone’s accurately regarded as a hack, but look at the end result of his gargantuan “Rocky” mythology—six movies out of that Oscar-grubbing weeper!—and at his “Rambo” legend (four movies there!).

It’s not that I don’t think he’s a hack: I just think people miss the beauty in his hackdom. He made an archetypical American-conservative ideological saga out of a hyper-sensitive drama about a bum that wants to hit people and get gold for it! The “Rocky” series plays like a chunk of the Bible. Each film has its own eccentricities: for example the murky, early-morning, amateur post-Watergate look of the original film, or Vince DiCola’s definitive synth freakouts in the score for the fourth. Each piece is distinctly of its time: for example “Rocky V” has the distinctly direct-to-video working-man-having-a-beer-late-at-night-in-his-musty-trailer-which-smells-of-cigarettes look of 1989 or 1990, and “Rocky Balboa” has the bleak grit and post-apocalyptic nostalgia of the 2000s.

I seem to be among a minority in thinking the “Rocky” saga is a wonderful piece of American cinema, and for thinking about the “Rambo” series at all. I get that. I understand.

And I think I understand why half the “Lost” viewers thought the ending ruined the show: they were watching the series for different reasons than its creators were telling the story—they were watching it for the twists instead of the crazy sprawl of the endlessly creative sci-fi pulp story, the incessantly developing characteris, the mad, beautiful, humanistic absurdity of the whole masterfully organized thing. I get that, too.

But I cannot for the life of me figure out why we the human race aren’t blissfully roaring in the streets, the valleys, on top of the Green Mountains, in those shacks in West Virginia, over “Man of Steel.” It’s one of the best films I’ve ever seen.

It reminds me of “Intolerance,” the 1917 film written and directed by D. W. Griffith. “Man of Steel” isn’t that ambitious, but the filmmakers have a similar grasp on the power of myth.

The power of “Man of Steel” is that it is boundlessly empassioned—it mirrors its lead character, this incredibly endurant pop culture icon, Superman, whose story is a sci-fi retelling of Jesus’s tale. (By now, Superman is similarly iconic.)

“Man of Steel” is an absolute cinematic expression of Superman—it hopes, it reaches, it’s determined, it loves: this movie lives and breathes. There has never been a superhero movie like this. I don’t think there have been many mainstream American movies like this: so close to living existence it’s like going into a dream.

Zack Snyder, the director, knows what all great directors know: it’s the little things. That’s how he brings this story to life. Compare “Man of Steel” to Dick Donner’s “Superman,” with Christopher Reeve: it’s the difference between Monet and a pencil sketch.

For example, a scene in which Clark Kent (Henry Cavill) searches for clothes in a coastal town after his were burned off saving folks on a burning oil rig. All that happens in this scene is Cavill comes out of the water, steals clothes, and wanders into town, setting up a flashback. We’ve seen scenes like this in “The Incredible Hulk,” directed by Louis Leterrier, or Joss Whedon’s “The Avengers,” or Chris Nolan’s “Batman Begins,” and so on.

Snyder sets it up with shots of rain pouring off of gutters… rain dripping into pails… a bare clothesline in the rain… icy sea water washing over rocks… and a seagull fighting the wind over the rocks against a pure grey sky.

After that, we can feel the harsh wind, the way it rises and falls like a bipolar lover, and the chill of the water, like the time I went to Maine in February; the cold rain, like a miserable rain shower out of the blue in early April.

The details in “Man of Steel” are amazing – like a butterfly perched in the rusty steel chain of the Kent swingset when Clark comes home after years of travelling.

Or when Jonathan Kent (Kevin Costner) looks out the window and notices that traumatized adolescent Clark has disappeared from the swingset. Snyder cuts to a pot of black coffee shoved back on to the coffee machine… a worn working-man’s coat grabbed off the rack… and a screen door handle slamming into place.

Snyder’s previous movies were the “Dawn of the Dead” remake, “300,” “Watchmen,” “The Guardians of Ga’Hoole” movie (the one with the animated owls).

His last film was “Sucker Punch,” which had visual flair, but was miserable: Snyder aimed for feminism and, somehow, wound up with misogyny. His past movies showed he had a spectacular visual sense, in a similar vein to Michael Bay or Paul W.S. Anderson (who did the “Resident Evil” movies), but nothing suggested he was capable of this.

This is a work of absolute focus. The harmony between Snyder’s directing, David Goyer’s screenplay, every member of the cast, the specific but free angles, the rich colors (sepia for Smallville; an icy blue for the arctic; desaturation for Metropolis), the driving editing, Hans Zimmer’s behemoth score—they are perfectly in tune. They are all looking in the same direction and moving as one unit in that direction: up, up, and away.

David Goyer, the screenwriter, previously came up with the stories for Chris Nolan’s Batman films and co-wrote the “Blade” movies. Like Snyder, none of Goyer’s previous work suggested he was capable of this.

Goyer approached the material as if it were real: his initial draft had no sci-fi elements whatsoever. For example, the scene in which Jor-El (Russell Crowe) and Lara (Ayelet Zurer) prepare to ship off baby Kal-El—Superman—to Earth, so he can escape the implosion of the planet Krypton, was written as if two refugees were shipping off their child before they were killed in riots. It shows in the reality of the characterizations: they’re not characters but human beings.

“We’ll never see him walk,” Lara whispers to Jor-El. A tear runs down her cheek. “Never hear him say our names.”

In the Donner “Superman,” Lara just stands behind Marlon Brando, holding the baby.

I’m not suggesting “Man of Steel” is a character study. Many people have criticized it for not being such, and they’re right: it isn’t. But I think they’re wrong to consider that a detriment. There is a balance here between character, story, and visuals, with the visuals turned up so rich that we fall into the story as if we faceplanted on a pillow and fell into a dream. This wouldn’t fly in a decent comic book, and comic book fans have convinced the mass media to look at comic book movies like comic books first and movies second. But this is cinema. And no superhero movie has ever been so visual as “Man of Steel.”

“Man of Steel” is this way because the filmmakers took the character and the mythology seriously. True seriousness is understanding, not sobriety. It’s the focus and expression in “Man of Steel” instead of the nauseatingly deathly chokehold of “The Dark Knight.” To quote Bernardo Bertolucci’s “The Conformist”: “Truly serious people are rarely serious.”

The filmmakers behind “Man of Steel” understand Superman and the Superman mythos, but just as importantly they understand why he means so much to humankind. They get the myth because they get the people. That’s something poor Chris Nolan just doesn’t get. That’s something past superhero filmmakers—even the better ones—didn’t seem to care about, at least not as passionately as Zack Snyder.