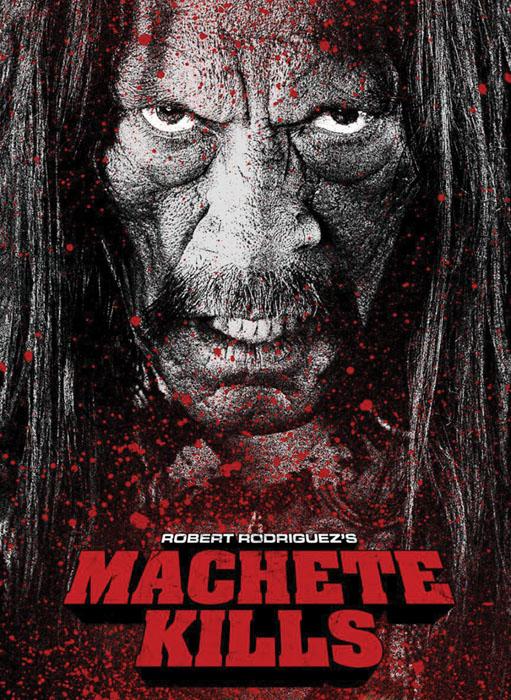 “Gravity” owes more to video games than it does to film. It’s essentially an 80-minute video you can’t interact with. The first half is a wild ride: it looks like no more than two or three shots, long takes that huge portions of real time. It’s as if we’re actually drifting in space, especially in the 3D it was designed for.

It owes a little to “2001,” but it has more in common with the “Facing Worlds” map from the ‘98 video game “Unreal Tournament.” That map (or level of the game) put you on a hunk of space rock, slowly turning in front of a gargantuan, deep blue Earth. The point of the level was to get as many kills as possible; the point of “Gravity” is to watch space debris get as many kills as possible.

The point of “Machete Kills” is to watch Machete, Danny Trejo’s perpetually scowling Mexican vigilante, get many more kills than are possible. Robert Rodriguez, who created Machete as a supporting character in the “Spy Kids” movies, and created the “Machete” mock trailer for the 2007 movie “Grindhouse,” just co-directed the actual “Machete” movie. But he’s taken full control of “Machete Kills.” The result is far, far goofier and more outrageous than the very goofy, outrageous first film.

“Machete” was like a Mexican “Death Wish”; “Machete Kills” is more like a Mexican James Bond. It’s rife with absurd spectacle, as if tearing apart blockbusters (the spectacle is made even more absurd by digital special effects so underdeveloped they belong in a SyFy channel movie). Example: Machete rips out a henchman’s intestines and throw them into a helicopter. The man is disemboweled. Machete steals the helicopter.

Most of the joy of “Machete Kills” is its cast. Aside from Trejo, we have Antonio Banderas, Cuba Gooding Jr., and Lady Gaga all playing the same hitman; Gibson in his best role since, what, “Signs”?; Amber Heard as Machete’s handler, undercover as Miss Texas; and Charlie Sheen (The credits proclaim, “and introducing Carlos Estevez!”) as U.S. President Rathcock.

His campaign slogan: “A name you like. A face you can trust.”

This isn’t grindhouse so much as slapstick. It has more in common with “Eight-Legged Freaks” than with “Grindhouse.” And though I longed for the thrill I felt when “Grindhouse” opened, as Rose McGowan danced amidst a sea of film scratches, I also laughed my ass off.