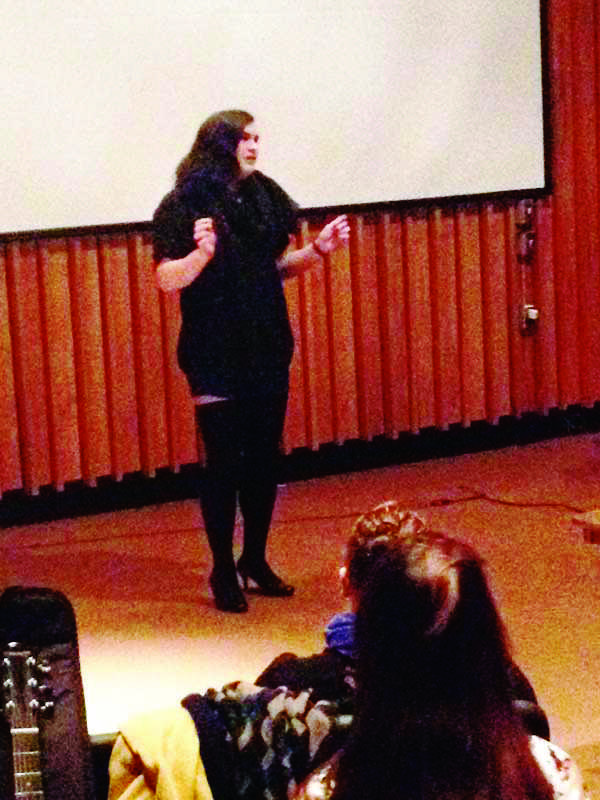 Eleven students showcased their talents in the Bentley Auditorium on Wednesday Nov. 20 to a meager crowd of about 20 students and faculty.

The show was sponsored by Living for Giving and the JSC Chorale to benefit “Toys for Tots.”

First to preform was the JSC Chorale, which sang “Some Nights” by FUN featuring several student solos. Next to the stage was Ryan Downs who passionately played the keyboard and sang a catchy, self-written song he had yet to title about love.

Next on stage was Christopher Austin, aka Aurora Rosay, who donned high heels and a short skirt and lip synced to “Dancing on my Own” by Robyn.

After that performance was Kemal Cross with a stand-up comedy routine about winning Father of the Year when he has children.

“I am going to name my child using only silent letters,” said Cross. “I’m going to be like, okay, I’ll give you the P from Pterodactyl, the E from like, and a whole bunch of S’s and just mark them as silent because that’s how the English language works.”

Ashley Trautner sang next with an acoustic guitar accompaniment by Will Baker, and performed “A Thousand Years” by Christina Perri.

After this performance came Lindsay Hack who fearlessly conquered “Make You Feel my Love” by Adele.

“Reflections” by Christina Aguilera was sung next by Elizabeth Livingston, who, at the end of her song urged the audience to look beyond what you see at the surface of someone, because looks can be deceiving.

Next to perform was a drop-in, Alexa Jakiela who played the “uke” and sang “Indian Moon” by State Radio. Antonia Miranda took the stage next singing an original song, “Autumn Dream,” which was initially a poem, and playing her guitar.

After Miranda’s performance was John Fitzgerald, who told soccer jokes and following that was the last performance by Ashley Trautner, a solo this time, of Carrie Underwood’s “Good Girl.”

First, second, and third prizes of $25, $10 and $5 dining dollars were awarded to Kemal Cross, Alexa Jakiela, and Ryan Downs respectively.