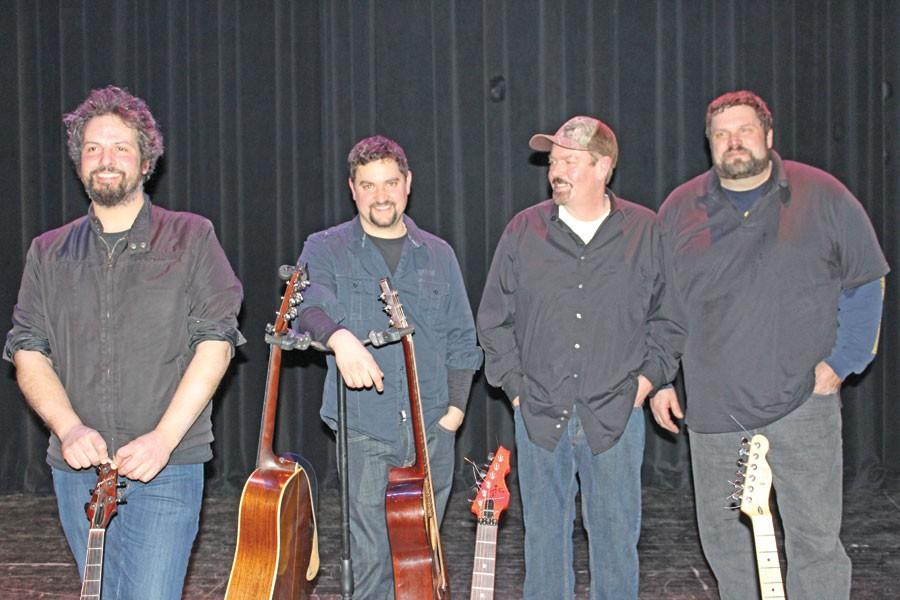 It was country roots hoe-down time in Dibden when The Hillside Rounders brought its own mix of folk, bluegrass and country to the JSC community on March 4.

Rich and Mike have played with a number of Country legends, including Kitty Wells, Red Sovine and Dave Dudley.

The Hillside Rounders cite among their many  influences artists  like John Prine, John Hartford and Clarence White.

Other family members also influenced the band’s sound, particularly Dick Sicely, the grandfather of the family.

The concert started with Corey Rider, Johnson State College’s radio Deejay, introducing the band, which appeared to adhere to no pre-programmed set list, instead, choosing songs impromptu. Rider told the audience a little bit about some members of the band. Specifically, the lead vocalist, Jeremy Sicely previously played with the Flat Top Trio. Sicely has also performed with Rusty Dewees, “The Logger.”  Sicely has also opened for singer John Michael Montgomery. Auriemmo is also a member of the Lamoille  County bluegrass band, Mud City Ramblers.

Whatever the tune or style, the band played well together with crisp, tight harmonies riding on top of a solid instrumental backing that managed to stay out of the way of the vocals.  The music that they played was energetic, lively and upbeat.  It also clearly a throwback to another time and approach. As the band’s website noted, “their music can be described as the sound you might hear turning back the country radio dial by 40 years infused with Bluegrass and American Roots music.” Based on the show they put on in Dibden, that certainly is true.

The band drew from all generations, as was obvious from their repertoire and the  crowd, which included young children, college students, and people of older generations.

Production values were at mostly solid, although the vocals were somewhat buried initially.  Lighting was tastefully matched to changing moods.  During a slower song the lights became softer and more intimate. The higher energy songs had brighter lighting.

At the show’s closing the band thanked the college for hosting them, giving special thanks to the tech crew.

The Hillside Rounders gave the audience what it came for: a tasty selection from the best of roots Americana, Bluegrass, and Country, doing it all with a relaxed, confident authority.