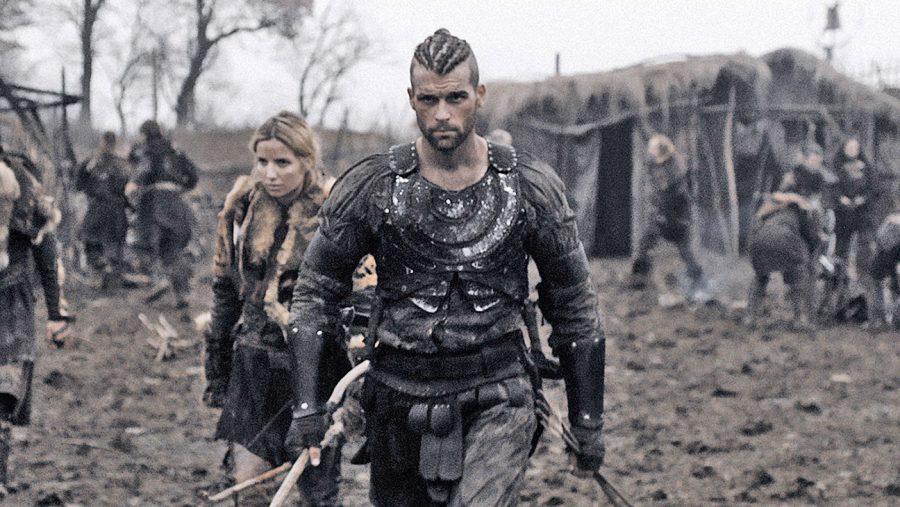 Some movies are like a train wreck: so horrible to watch, and yet you can’t seem to look away. And one of the best examples of this type of movie is “Sword of Vengeance,” which hails from the darkest corner of Netflix.

Set in England in the years following William the Conqueror’s arrival, it is the story of Shadow Walker’s quest for revenge. The online description says that it is a historical action fiction, which is technically correct. There is plenty of action and technically it is in a historical period, but it doesn’t do particularly well at either.

When we first meet our protagonist, he is walking through a dismal looking field, complete with rain and a gray backdrop. Everything is gray. Within the first five minutes he has already claimed he’s out for blood, his first in a long series of clichés.

The star of the film is Stanley Weber, who is known most prominently as Juan Borgia on the Netflix show “Borgia.” Interestingly enough, one of the antagonists, Romain, played by Edward Akrout, was on another imagining of the Borgias.

For what appeared to be a rather low budget film, there was a surprising number of famous actors. Ed Skrein (“Deadpool”) and Annabelle Wallis (“Peaky Blinders”) helped boost the numbers of Shadow Walker’s team, while Karel Roden (“Hellboy,” “Bourne Supremacy”) played the almost comically evil and burned villain.

The fight scenes were some of the best parts of the movie. Excellently choreographed, the fights were brutal and quickly paced. But, like every other aspect of this movie, there was a really cheesy vibe to the brawls. A liquid that is clearly corn syrup blood dripping down the blade of a sword kind of takes you out of the action.

And, with all of the violence in the film, there was quite a lot of this fake blood spraying about.
One of the greatest things about the film was its use of slow motion. If you’ve ever seen “300,” starring Gerard Butler, you know what I’m talking about. And the use of slow motion wasn’t limited to the fighting either. Most of the running or walking in the movie was slow-motion, which makes the movie’s hour and a half runtime seem even longer.

Music didn’t really play a large part in the film, except for some of the fight scenes. And when there was music, it was a jarring anachronistic selection that took me even further out of the movie. Despite the fact that this movie takes place in 1080 A.D., the score was a weird digital, synthesized mix. And there weren’t any musical cues to indicate a change of scene.

And that brings me to one of the weirdest parts of the movies: the transitions. Moving from one scene to the next was interesting because one moment the character is one place, the next they are somewhere else, or something else is happening.

Although most of this movie was an irredeemable crapfest, the funny, clichéd and overacted parts were enough to make it worthwhile to watch, if only so that I am now able to say, “My most terrible movie is worse than yours.”