“The Circle” is worth the watch 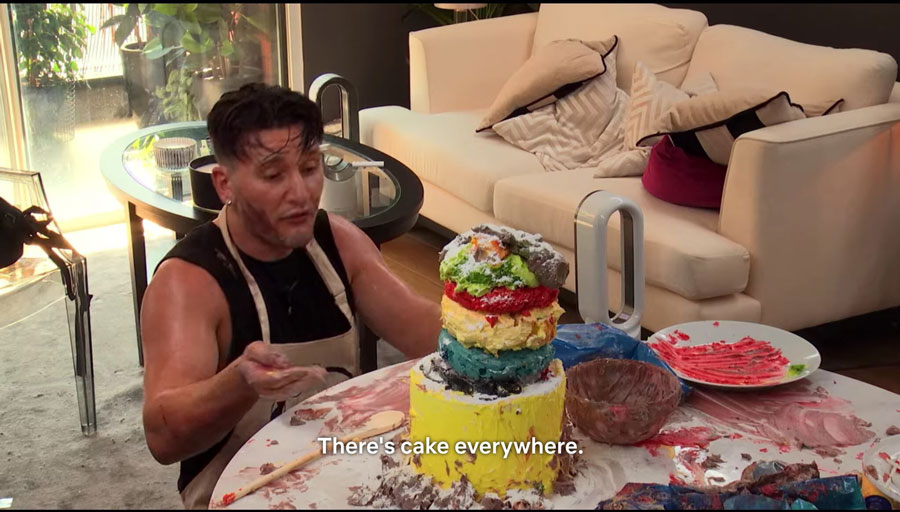 At first, “The Circle” is easy to judge too harshly.

The show is Netflix’s US import of a British reality show bearing the same name. In it, players compete for a cash prize by vying to be the most popular player of the game – without face to face interaction. Every conversation and competition are held through a voice-activated, social media inspired program called The Circle.

The premise sounds like something the aging executives in Netflix’s corporate sphere demanded be made in order to keep up with youth culture. When I first saw it, I laughed and couldn’t wait to dive into the atrocity I was expecting.

The first few episodes were a bit rocky. As with most game shows, the beginning of “The Circle” is dedicated to meeting our contestants and establishing the rules. We’re given a couple of minutes with each contestant, including an introduction video and footage of them going to their apartments where they spend the rest of the show.

However, the show teaches us not to rely on appearances in more ways than one.

For starters, the cast is remarkably diverse. When I was still under the false impression of a low-quality show, this was my primary praise. The show found real people for its cast – a few stereotypical traits are in the mix to be sure, but overall, the cast is diverse in race, sexuality, background, and personality.
Of the main cast – a few stood out to me. Sammie was a favorite from the moment she appeared on screen. Feisty and funny, watching her gag as she forced herself to flirt with men over the Circle was a highlight of every episode. Chris was a loud and proud gay man, and I was there for every second of his interactions with the rest of the cast.

I initially wasn’t fond of Joey Sasso – the brawny Italian-American who came off as a too-flirty doofus. As the show progressed, I learned that a doofus Joey may be, but he’s certainly the most loveable and sweet-hearted doofus I’ve ever seen.

There was a segment where the contestants had to compete against each other to decorate a cake. Some of them did very well, some of them did okay, and then there was Joey. He looked like he had been in a cake-filled warzone, and watching him panic as he tried to salvage his creation was hilarious.
The cinematography is unfortunately limited. A byproduct of the show’s format, still shots make up nearly the entirety of the show’s footage, excluding some establishing and thematic shots. This doesn’t cut the enjoyment too much – “The Circle” would be a great show to have playing in the background since visuals aren’t always important.

As far as the game design is concerned, I feel the producers did a good job. There’s a lot of twists, almost all of which come unexpectedly. There are some scenes where players must make really hard choices about who to send home.

Something I didn’t like was the introduction of new players. Until the end of the show, every time somebody was blocked from the circle and sent home, a new player was added. These new players were always at a disadvantage, as they’d been unable to form connections with existing players. If I had a say, the show would start with 12, rather than eight, contestants and no new players would be added during the show.

A lot of the show is overplayed in some respects. Melodrama and exaggeration weave their ways into almost every scene. This is part of “The Circle’s” charm. The bizarre statements that come out of some of the players’ mouths are always a treat.

One of the central themes that emerges through the gameplay and player interaction is the idea of not judging a book by its cover. There are a few catfishes on the show, posing as people who they think are more likely to win. With one or two exceptions, these players are often trying to make a statement about society and themselves.

Overall, “the Circle” is worth playing on your laptop while you do homework or clean around your dorm. That said, being more fully invested in the show won’t hurt your experience.