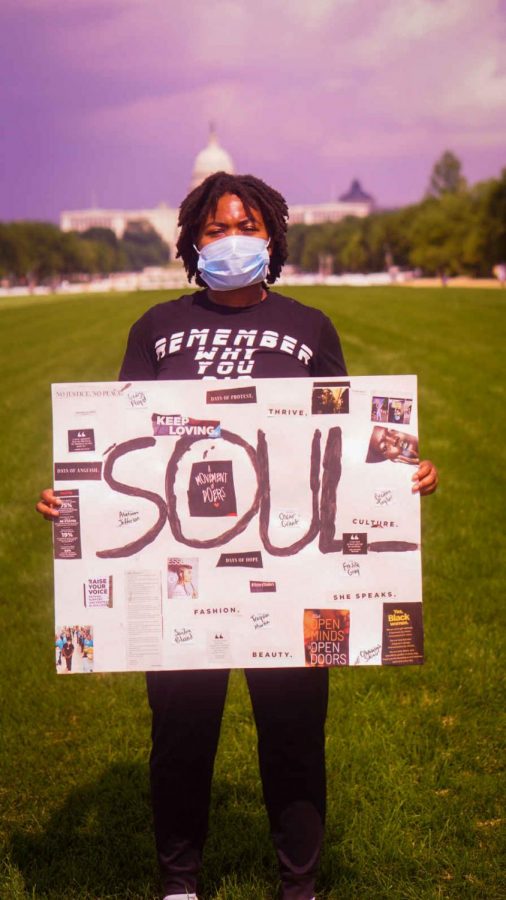 Devyn Thompson standing with her sign to represent her recently published book of poetry.