Investigating the CIA: “Wind of Change” 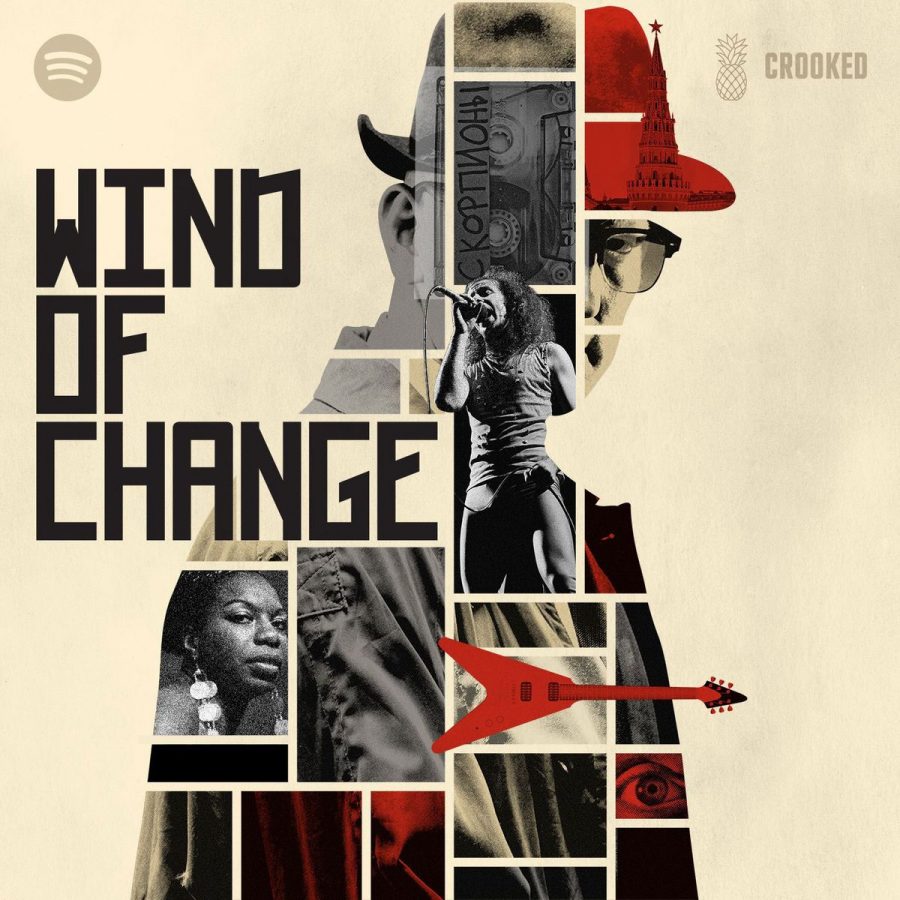 From the ghostly whistling intro, the song “Wind of Change” by the Scorpions is weirdly riveting. It was released in 1990, and as Patrick Radden Keefe says in his recent podcast, also called “Wind of Change,” the song became a kind of anthem to the fall of the Berlin Wall and the end of the Cold War. A vaguely melancholy power balled with hopeful lyrics, “Wind of Change” became one of the biggest rock songs of all time, topping charts, garnering over 800 million YouTube views, and an untold number of listens and bootlegs across the world. And, possibly, it was written by the CIA.
Years ago, Keefe heard the rumor from a friend with contacts in the agency. It caught his attention, and he looked into it, but the project sat on the back burner for years without resolution. Keefe could never prove the CIA was involved with the song, but he could never satisfactorily disprove it, either. There were just too many threads crossing and crisscrossing, never allowing the idea to die.
Keefe is an investigative journalist and author who writes for The New Yorker magazine, often on topics of crime, U.S government secrets and various other opaque worlds generally not open to the public. In his podcast “Wind of Change” from Pineapple Street Studios, Crooked Media and Spotify, Keefe chases, and attempts to resolve, the rumor that the CIA, rather than the Scorpion’s lead singer Klaus Meine, wrote the song “Wind of Change.”
So, what does one do in 2020 with an edgy journalistic endeavor that is too murky for print? Create a serial podcast, of course.
Throughout the eight episodes of his podcast, Keefe paws through the murk of history, security classification and many interviews in search of some final fact that can verify or disprove the rumor once and for all. “There is no secret key, there’s no all access pass to the good stuff,” Keefe says early on, specifically referencing the security classification systems in the U.S. but also setting up the thesis and framework for the series. “It’s the lesson we learn from children’s books: any mystery worth solving requires a journey, and the path from riddle to solution is almost never a straight line.”
And a straight line it is not. CIA spooks, rock and rollers, grown men modifying action figures all appear in the tale as Keefe travels from CIA headquarters in Langley, Virginia, all the way to Moscow where the Scorpions once played just before the fall of the Soviet Union. It is a fascinating journey full of strange twists and turns.
It is also a journey of remarkable quality. The sound design fits with both the ethos of the highly produced, tightly upholstered New York production the podcast represents, but it also meets the same energy as the ballad itself. And Keefe, a decorated print author, is no slouch writing for the mic either. He is a master storyteller bringing all his longform tools of drama, pacing and plot twist to bear on this young auditory format.
But for all the storytelling tricks in the book, the facts must remain primary, and sometimes the journalist truly just hits a dead end.
I do not believe it spoils the podcast entirely to say that, in the end, there is no clear resolution. The sheer storytelling prowess is worth taking the journey, but the ending does fall a little flat. It’s as if traveling down a cliff edged mountain pass, through a jungled valley past high waterfalls only for the wilderness to open into a bland midwestern pasture with some rusted barbed wire fence in the distance. It’s a bit of a letdown.
Humans have an inherent curiosity and drive to learn about things that we cannot or are not allowed to know. And the CIA, by its nature of secrecy, seems to hold an innate magnetism. This magnetism animates “Wind of Change,” but the lack of resolution brings on a journalistic dilemma. The CIA’s mystique is built on lore, rumor and half truths. The agency is dedicated to influence operations that take many forms, raising a question about the whole premise of the podcast: is it just burnishing further the CIA’s all-pervasive image? Is the rumor that they wrote “Wind of Change” brilliant marketing on the part of the CIA, sowing distrust and taking credit where none is warranted? Or alternately, is a podcast propagating doubt about the origins of a song of hope actually plying into the hands of the KGB, breeding cynicism and apathy in an already cynical time? Keefe wrestles with this but finds no resolution.
So, did the CIA have something to do with “Wind of Change”? It’s an open question, one to which we may never know the truth. But even if Keefe never finds an answer, it’s worth spending a few hours of commute time listening to this master writer spin out his yarn.