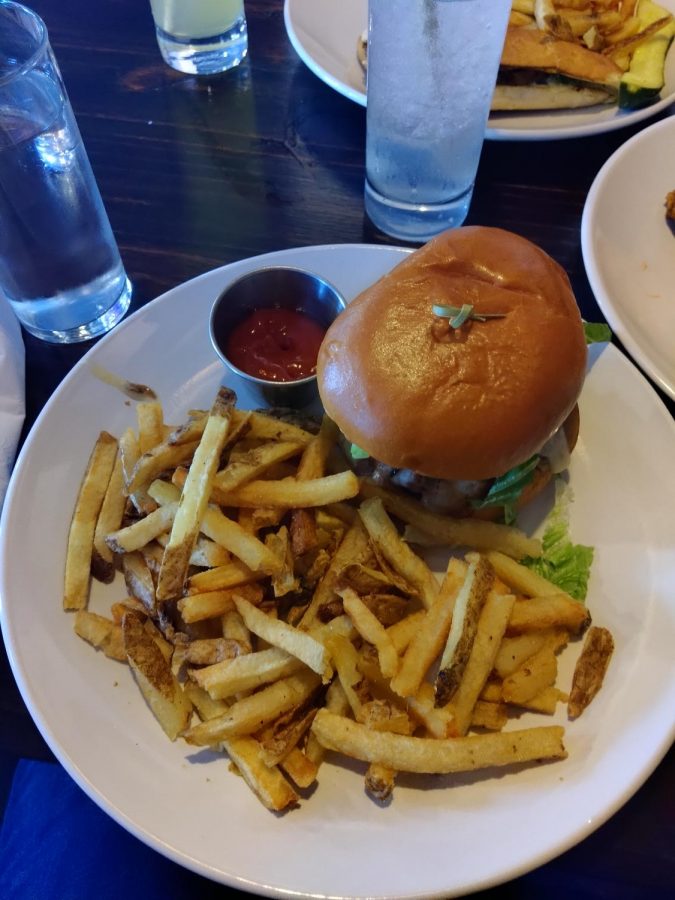 I’ve lived in Craftsbury, Vermont since before I could walk. As long as I’ve lived there, the town has never seen a true restaurant established in its limits—until now.
In the winter of 2019-2020, Blackbird Bistro opened and gave the residents of Craftsbury a bar and restaurant for our local area. Before we had a place to call our own, Hardwick and Morrisville were the closest towns to find a spot to eat, and those were each about a 30 minute drive out of town.
Owned and operated locally, Blackbird has imprinted itself on my heart. The food is great, and the place has a classy, modern charm to it while still being a perfect haunt for locals to get a beer and a burger when the urge arises.
However, within a few months of opening, the pandemic rolled into our lives, something that made running a sit-down restaurant difficult. Blackbird stuck through it all, and it was last week that I found myself with a craving that could only be satisfied with a visit to the Bistro.
When you pull up to the old farmhouse in which the Bistro is located, there isn’t much to tell you what you should expect of the place. There’s a roofed patio for the summer months, and through the few windows, you can get a glance behind the bar where someone is always working. It’s when you get into the place that the restaurant really treats you with its charm.

Every time I’ve walked in the door, I’ve been greeted by a wash of noise, whether it’s patrons gossiping with the owner, Lee Kinsey, as she makes her signature cocktails, or the sounds of a stereo system churning out vintage rap music from the speakers behind the counter. The atmosphere is vibrant and warm, the equivalent of a solid hug from a long away friend.
There is seating at the bar, a single booth called the “mob booth” adjacent, and then a small dining room next to the kitchen. This last time, my friend and I arrived early, right at the 5p.m. opening time, in anticipation of a decent line of folks waiting for space. Luckily, we were treated to an immediate seat in a still empty house, so naturally, I chose the “mob booth” so that we would have a view of the bar while we ate.
For a small eatery in northern Vermont, the place has a modern feel, and when we sat down, I began to peruse a delightful selection of cocktails and beer. My friend and I decided to try something special, and I ordered a grapefruit and rosemary gin and tonic, and they ordered a margarita from the list of offerings.
The cocktails were lovely, and I was pleasantly aglow when it came time to order. I’m a simple gal and have a fairly standard order when I go out to eat at a place that serves diner fare, so I ordered an appetizer of wings and the Blackbird Burger, which was made with Snug Valley Beef, Jasper Hill aged Alpha Tolman cheese, bacon, mushrooms, lettuce, pickles and garlic aioli.
We didn’t wait long before the wings were delivered. I enjoy buffalo wings, and this was as good a pile of chicken as I had ever eaten. They may have lacked the flare of Moog’s maple sriracha wings, but for $12.50, I got a whole pound of them, and that’s sure to satisfy anyone’s hankering on a budget. That’s one of the many small things I enjoy most about the place. It serves excellent food for a more reasonable price than you might find in a lot of similar establishments.
When our main courses arrived, it was a sight to behold. Nothing beats a plate piled high with fries and a delicious looking burger coming towards your table. The fries were delightfully crispy and held up well, something I appreciate when I’m dipping them in the remnants of my hot sauce and blue cheese drizzle left on the wing plate.
I was pleased with the burger. It was delivered as ordered, medium rare, and had a nice charcoal taste to the outside while still being juicy. The toppings were superb, and in all, I was a happy, if slightly overstuffed bear sitting in our booth while we finished our drinks.
With a fancy cocktail and an appetizer, the meal was a little over $30 for me, and a little less for my dining compatriot. Considering that, you could get an exquisite burger for about $14, which is a touch under the average cost at a restaurant these days. For those who have an interest in other offerings, there is a selection of grilled sandwiches and burgers, as well as plenty of appetizers to choose from.
Of all the places to get food in the Northeast Kingdom, I find that Blackbird is one of the best. It’s open from 5p.m. to 9p.m. Thursday through Sunday and is located on South Craftsbury Road on the way out of town.
Due to the increasing numbers of COVID cases in Vermont, our decision to eat in was spurred by the fact that we were the only customers in the restaurant and because we were unaware that takeout was an option at the time. Ordering to go to prevent exposure is still the best way to go.