Is immortality worth it? 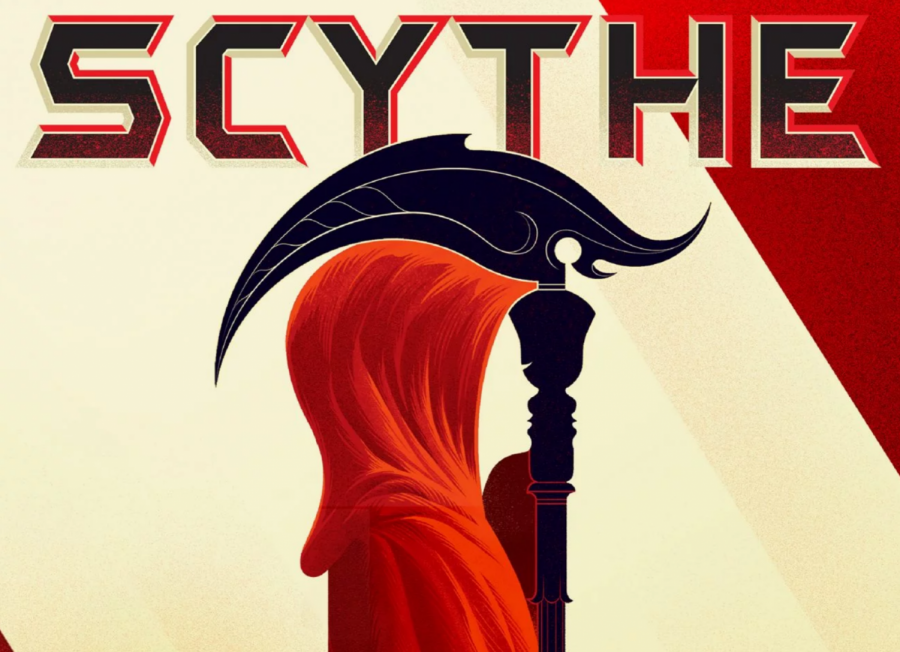 courtesy of Your Teen Magazine

“What if death was the only thing left to control?”
Death is the one enemy no one can defeat in the end. In Neal Shusterman’s “Scythe,” we see what happens to society if that enemy does in fact meet its match.
This is a young-adult novel, not too different from series such as “The Hunger Games” or “Divergent.” It’s an easy enough read, setting the scenes with well-done emersion. The dialogue is also written rather well, even getting the occasional chuckle. While the writing doesn’t try too hard to be fancy, it does the job of telling a compelling story.
“Scythe” is the first of a trilogy, taking place in a world where society has defeated death and found a way to reverse aging. Disease, injury, and murder can all be reversed, with the only limitation being cremation. The only way to die permanently, beyond cremation, is to be killed off by a high member of society known as a Scythe.
These assassins are trained in various forms of combat and weaponry to cleanse the world of over-population. They are given total power over civilians, able to go wherever and do whatever they please without question.
Those who are chosen by a Scythe for death—a process called gleaning— are decided by chance, statistics, and the morality of the Scythe themselves. Should someone impress a Scythe, or give them any other reason, they can be granted a year of immunity from being gleaned, or be trained as their apprentice.
“Scythe” follows Citra and Rowen, two teenagers both chosen by the same Scythe to become his apprentice and train in the art of gleaning. The book is told from a third-person perspective so that we may follow both characters on their journeys into becoming killers.
As they are trained in becoming Scythes, the governing Council questions why a Scythe would take on two apprentices at once. It’s quickly decided that by the end of their training, whichever trainee is superior would be forced to glean the other.
They get to experience the Scythe community from the inside and understand the rituals that come with it. Despite being pitted against each other, they find connection and friendship that get them through the harder days. Scythes are given a quota for how many people need to be gleaned before the next Scythe community meeting, putting pressure on the scythes themselves.
The strength of this book and the series as a whole is the world where it takes place: a realistic look at what it would be like if we truly did unlock immortality. It would not be a utopia; there would be difficulties such as overpopulation and a lack of resources due to no one dying.
Even if death could be reversed, something had to be done to keep the chaos under control. The Scythes were created to control the population in the wake of this new de-aging technology.
With all these new advancements, more had to be done than creating the Scythes. A system called the “Thunderhead” was put into place, an AI designed to look after mankind in the immortal age, with its only limitation being its inability to interfere with the work of a Scythe.
What is most fascinating is the silver-lining perspective it takes. Today, most of us would see killing as inherently wrong. We see several scenarios of a Scythe gleaning a victim and we feel only pity for them.
The process happens so fast; once a Scythe greets you, it’s almost guaranteed you would die five minutes later, without being granted so much as a goodbye to your family. Sometimes you can choose your method of death, painless or otherwise. No warning to their arrival, no choice in the matter.
Citra and Rowen see a kinder side to this, however. They see that Scythes don’t necessarily take pleasure in this power, despite what many may assume. Some Scythes choose a smaller life even though they can legally have anything they want just by asking.
Their job is to control the population, but some Scythes choose to live their life of blood-spilling as nobly as possible, attending their victims’ funerals and compensating the family if possible. There is a respect and grasp on humanity one must obtain, less they dive further into the darkness of the robes they wear.
If you love dystopian stories and are looking for a fresh, realistic and engaging take on the concept, the “Scythe” series is one I highly recommend picking up wherever you can. Young adult or not, Shusterman’s chilling world offers plenty for adult readers as well.