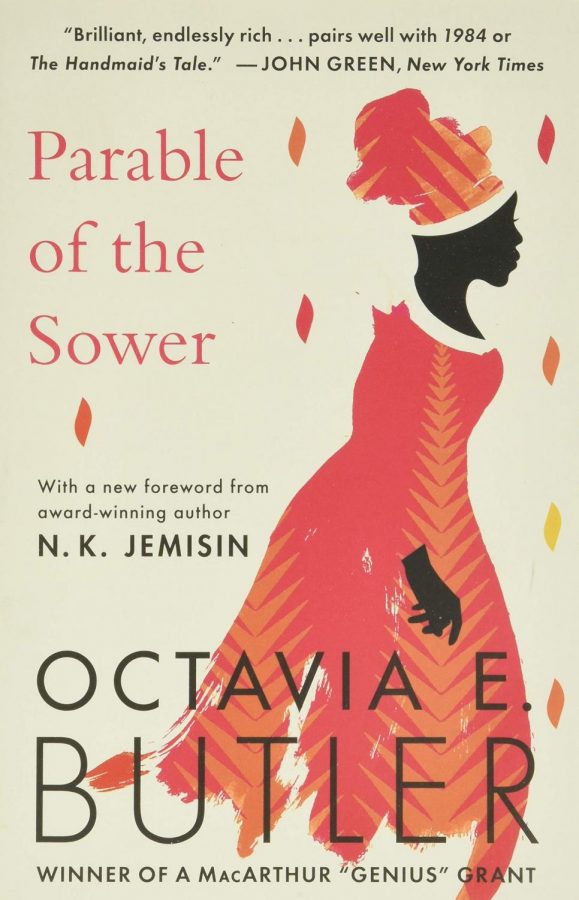 What does it take to survive in a dystopian hellscape where you can be murdered for simply wearing shoes? This question, among others, is posed in Octavia E. Butler’s stellar 1993 novel “Parable of the Sower.”
I typically do not easily get wrapped up in a book, as I have trouble focusing on the words in front of me, but on the rare occasion that I do, I become engrossed in the author’s world. With Butler’s novel, I found it incredibly easy to get lost in her words, looking at the clock and seeing two hours had passed and I had read over 100 pages.
This world is cruel, dark, horrific and absolutely captivating. In this world, people will kill others for small things like a bottle of water or because they wear clean clothes.
The novel follows a young black woman named Lauren as she struggles with her faith in a small, gated Christian community. Lauren wants to one day escape the safe haven so that she can survive in the harsh world that surrounds her while building her new religion, Earthseed.
Faith plays a key role in this novel and allows Lauren and the other characters to have an understanding of what it will take to persist in a world that has all but abandoned civility.
Through Earthseed, Butler is able to portray the issues with Christianity and how faith can be important, but believing that an all-powerful god will one day set everything back to normal is not the way to survive in such a world. To do that, you must rely on yourself and those around you, all with a common goal to thrive.
Butler’s use of imagery is what particularly grabbed me in this novel. In this world, dogs carry severed human limbs, children sit around a campfire eating human flesh, and old men are routinely robbed of their possessions with no intervening help. We are transported into a world of never-ending suffering, spite, and malevolence.
The themes that Butler brings up are very intriguing and still relevant in 2020: faith, survival and community operate among other more drastic themes of climate change, sexism and racism.
All of these topics help weave the story and world into one cohesive and poignant piece of literature, through thought provoking discourse on social issues and a gritty and barbaric setting.
I adored the characters that Lauren surrounds herself with, especially her father. The stern but kindhearted minister of the community is a powerful presence throughout and helps Lauren grow into the strong woman she was destined to become.
At 329 pages, “Parable of the Sower” is a brisk yet hard read. The struggles the characters deal with can be hard to stomach at times, but seeing how the characters surmount these hurdles was inspiring.
My only real issue with the novel is some of the dialogue. At times, especially early on in the novel, the dialogue can be exposition heavy. Characters will say details about the world that the others would likely already know, and it can take you out of a scene. I understand the importance of this, as it is meant to allow the reader to know more about this world, but this talking heads device was off-putting.
However, thanks to Butler’s ability to paint a scene using her imagery and understanding of the characters’ motivations, it is very easy to forgive the exposition and move on through the story.
This novel received the coveted New York Times Best Seller award. Its sequel, “Parable of the Talents,” won the Nebula Award for best novel in 1999.
I absolutely loved this novel. As soon as I read the last sentence, I went online and purchased the sequel, because I loved this world and these characters so deeply. I highly recommend any fan of science fiction or anybody passionate about social commentary go and search this novel out.