Piecasso’s nice, but the price… 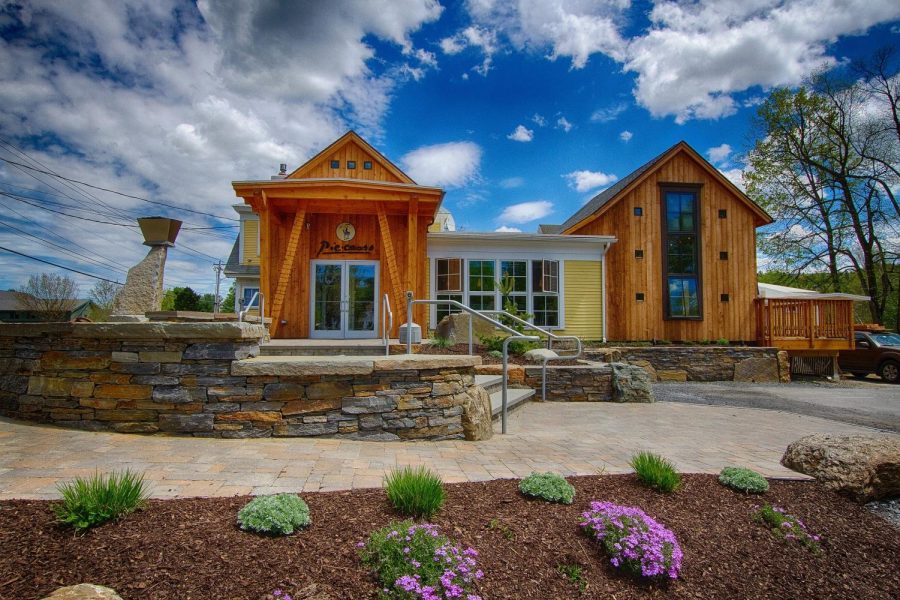 Over this past year, we have all grown accustomed to being inside and remaining distant from others. Sadly, this meant not being able to enjoy going to our favorite restaurants, where we most likely had a favorite dish and a regular order.
As places begin to re-open, we can get that sense of normalcy by being able to order from our regular favorites or even possibly trying new restaurants.
I recently decided that I wanted to get some food to-go that wasn’t McDonald’s or Subway, which is a difficult task considering I live on campus and don’t want to travel all the way to Burlington just for some more options.
Considering Stowe isn’t too far, I decided to find a place in the area that I hadn’t tried before and settled on Piecasso. Piecasso is a pizzeria and lounge that prides itself in being a family business that is always hospitable, whether it’s serving dine-in, take-out or delivery.
When I went in to pick up my order, they were very friendly, even considering that I went in during their dinner rush and it was clear that they were fairly busy.
The inside of the business, from what I could see from the lobby, was very clean and welcoming. I used their website to order online, but they also have a phone number that can be used to order, as well as to place reservations for dine-in.
Now on to the real point of this article: the food. They offer pretty much what every pizzeria offers, including salads, pasta, sandwiches, calzones and of course, pizza. They also have vegan and gluten-free options for those with dietary restrictions.
I ordered the fettuccine alfredo and a small plate of silly bread, which is just bread that has been formed into a ‘silly’ shape and cooked with olive oil, garlic parmesan cheese, and other herbs on top that is served with a side of marinara sauce.
Now, my choice of fettuccine alfredo with chicken, might not have been the best idea for take-out, considering I then had to drive almost 40 minutes back to campus before I could eat.
It was understandably a little cold by then, which I didn’t mind. However, it was the fact that it was now slightly dry as well that was off-putting. Because I had to drive back to campus and was unable to eat it right away, the cream sauce was dry and pasty.
Although the chicken was also cold, there was no excuse for it to be as dry as it was. There was also a lack of seasoning overall making the entire entree flavorless and boring.
The silly bread, on the other hand, was better than I thought it was going to be. It managed to maintain most of its heat on the way back from Stowe, which made it taste even better.
There was a perfect amount of garlic, so it wasn’t overpowering but still added flavor. The bread’s shape made it easy to tear off and dip in the marinara.
Even though the food was okay and the people were nice, I’m not sure if I would go back any time soon. The entire meal of fettuccine alfredo with grilled chicken added, silly bread, and 20oz soda was almost $35 before the tip. As a college student with a very limited budget, this is definitely a once-in-a-while treat.
This restaurant is a perfect choice for those who are planning on ordering a pizza to share with someone else, but not a good idea for someone who wants to just grab a decent plate of pasta.
Overall, this restaurant would have to get a 3 out of 5, simply because of how easy it was to order and pick up, but I don’t think I could give it a higher rating than that because of how expensive it was for a half-decent meal.