Blaseball is not a cult 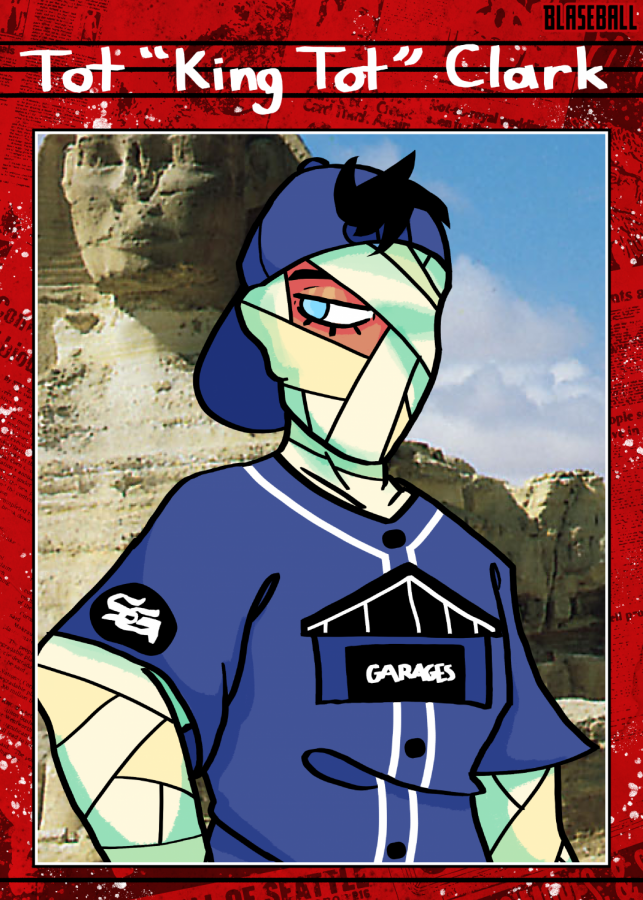 My introduction to Internet League Blaseball began in the middle of a mental breakdown. Two friends had been chatting about it as I listened, confused. “If every team gets a chorby, then we negative all them, we break the gate and all ascend,” said my friend Miah, adding that “if we get ivy or max to be legendary, then every team can get a Wyatt Mason.”
I was thoroughly intrigued by this nonsense and made an account on blaseball.com. My journey into the pits of hell had begun.
Blaseball is essentially a large scale, real time, collaborative video game. It’s an online baseball simulation, in which fictional teams and players play ball, fight gods, and sometimes die horrifying deaths, all of which is decided randomly by an AI.
The game is also heavily influenced by the fan participation, who vote on new rules, benefits, items, modifications and more. Additionally, fans create backstories and personalities for the players, since all the information that the Blaseball website provides is players’ names and their statistics.
Since Blaseball is always changing, it’s hard to explain the rules. Generally a Blaseball season lasts a week, starting on a Monday and ending on a Friday. Each team plays 99 games each season, and fans vote on “blessings” and “decrees” at the end of the games.
The teams with the most wins get sent to the overbracket where they play to determine the ultimate winner of Blaseball that season, and previously, the teams with the most “un-wins” (losses) play in the underbracket, to figure out which team is the biggest loser.
There’s the statistics and game play aspect of Blaseball, and then there’s the story. Blaseball features numerous characters — usually Gods — who, along with the players, give meaning and plot to the seasons of Blaseball.
Because of the random nature of the AI, some plot relevant events include the resurrection of Jaylen Hotdogfingers, a fan-favorite character, and the breach, which brought new teams into the game of Blaseball along with numerous negative effects.
The fans of Blaseball tend to be quite involved. Most Blaseball fans I know are in multiple Blaseball-centered Discord servers, where members of the community create lore for the players, discuss statistics, cheer for their favorite players in games, and create plans for election strategies. The main Blaseball Discord server has over 32,000 people on it, all from different teams with different interests.
The Blaseball community is very active, and it has a variety of organizations and groups. SIBR (the Society for Internet Blaseball Research) is dedicated to tracking statistics of seasons, players, and teams.
There’s a Blaseball musical, produced in three days by Blaseball fans. There’s a band, The Garages, created by fans of the team the Seattle Garages. There are occasionally community-wide virtual events, such as the “Mlet Gala” and a wedding between two teams, the Breckenridge Jazz Hands, and the Atlantis Georgias.
There’s a fan-run wiki site, and multiple websites dedicated to being able to access Blaseball information easily. Blaseball fans even create Twitter accounts dedicated to role-playing as their favorite players. In short, Blaseball fans are invested on an almost cult-ish level.
The teams of Blaseball all have different vibes, which are entirely dependent on the fans who are a part of them. For example, the Hellmouth Sunbeams are the largest team, with 2,090 fans as of Aug. 2021.
The Sunbeams fans tend to be lore focused, and their players are generally good at Blaseball. On a completely different hand, the Miami Dale had just 456 fans, and are known for their good vibes and party attitude, although skill wise, they’re a painfully average team. No two teams are the same.
The fans create lore for players on their teams, and some players became wildly popular, such as Jessica Telephone (current pitcher for the Dallas Steaks), and Rat Mason (a player for the LA Unlimited Tacos, and also an actual rat).
Other players are popular for the wrong reason, such as Jon Halifix, who was generally just a bad dude, to the point where fans of the Baltimore Crabs celebrated his death. With around 340 active players, there’s bound to be a player you love, and if there isn’t, there are opportunities for you to create one.
Do you need to be a sports fan in order to enjoy Blaseball? I’d argue that it’s better if you’re not a sports fan. The rules of Blaseball are complicated and often make very little sense. Some stadiums have an invisible base, while others have “salmon cannons” and even further odd modifications. Players sometimes play while stuck inside of a peanut shell, and occasionally a player will duplicate themself to play more than one position.
Weather, such as “sum sun,” “flooding” and “birds,” also impact how players play and what events happen in a game. For example, “solar eclipse” weather can result in players being incinerated. Blaseball is a game of many rules and little logic. You will never be able to understand it all.
If Internet League Blaseball seems like a cult — sorry, a community — that you’d like to be a part of, now may be a great time to join!
Blaseball is currently taking a break while The Game Band (the studio in charge of Blaseball) decides where they’d like to take the game next. This means you have time to join Discord servers, figure out what team fits your vibe, and learn more about how Blaseball works.
It may be overwhelming and confusing at first, but eventually you’ll understand inside jokes such as “get tillmaned” and be able to incorporate the word “wimdy” into your vocabulary. Visit blaseball.com to begin your journey as a fellow Blaseball addict.