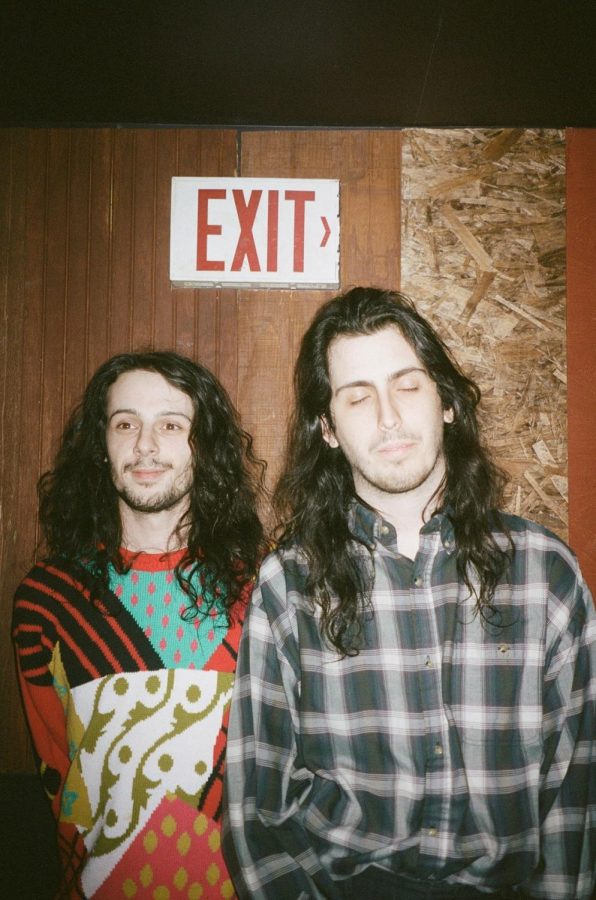 If you’re as into witty and slightly depressing folk-punk music as I am, you’ll probably love notable English anti-folk group Crywank’s newest and potentially last album, “Just Popping In To Say Hi.”
This, their 8th self-released album, has their signature melancholy-ridden poetic lyrics mixed with a couple heavier tracks, including “Memories Elephant” and the album’s final track “Commodified Dissent As An Act Of Resistance (or The Many Disappointments Of The Fictional Band Of Hypocrites Known As Ultra Bono).” As you’ll notice, they still have the lengthy and not always related song titles.
This newest album doesn’t feature former drummer Dan Watson, who just recently left the group in 2020 after their album “Fist Me Til Your Hand Comes Out My Mouth,” but it does feature a few other artists: COMMUTED and Guard Petal. The collaboration with Guard Petal is my absolute favorite song on the album, “Cool Knife Bro.”
This song features the signature acoustic sound with even more interesting lyrical content than Crywank’s average song. “I dig and dig, dig out my brain with primordial soup spoon. Phantasmagoric memories are slowly detuned.” The use of long, multisyllabic words isn’t uncommon, but I love this imagery of some kind of primordial spoon shoveling out someone’s soup bowl skull.
“Just Popping In To Say Hi” is definitely in my top three Crywank albums, just barely beating out their popular third album, “Tomorrow Is Nearly Yesterday And Every Day Is Stupid,” but not quite topping my favorite album of theirs: “James Is Going To Die Soon,” which was their first album.
This album came into the mind of Crywank frontman Jay Clayton after a house fire in August 2021 left him and his girlfriend slightly injured and unhoused. Clayton says the album is partially about the fire, but is also “largely focused on themes of lost and distant friendships, your place within the narratives of others lives, the fog of memory and the mental limitations of self-image.”
Parts of this theme are evident even in the album title. Clayton really is “Just Popping In To Say Hi” after Crywank effectively broke up in 2020. Crywank was a pretty long-standing group, and the members did seem to be close friends, based on the band’s formerly shared twitter account. The first song title also shows some friendship, as it is called “Hey Dan how r u miss u.”
While Crywank has never really been known for a high production quality sound, this album is definitely sonically solid. Produced in a studio with Clayton’s friend Colm Hinds, “Just Popping In To Say Hi” features instrumentation from his neighbors that were also affected by the August wildfire that sparked this presentation of the album in the first place.
Clayton says he had been trying to start a new project focusing on love songs, a project he aptly named “Lovewank,” but the songs he had written in the time since the fire had just been more suited to his former band Crywank’s more depressing lyrical content. “Everyone I love is gonna die, and I will die as well. I think about this before I sleep, and have since I was a child,” this being the first lyric on their 2013 album “Tomorrow is Nearly Yesterday and Everyday is Stupid.”
Overall, I really enjoyed this album. The mix of Crywank’s signature acoustic anti-folk style and harder punk additions settled multiple songs from this album on my everyday playlists. My top songs include both of the harder songs: “Memories Elephant,” and “Commodified Dissent As An Act Of Resistance (or The Many Disappointments Of The Fictional Band Of Hypocrites Known As Ultra Bono)”; along with “Cool Knife Bro,” and “Hey Dan how r u miss u.” Absolutely give this album a listen if you find anti-folk intriguing. You might just fall down that rabbit hole as well.