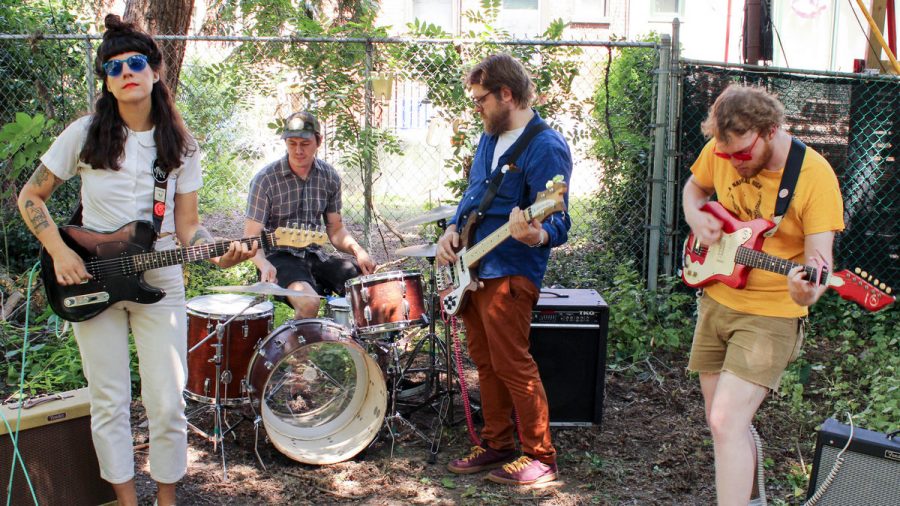 This isn’t what I would consider to be a timely review of what I currently consider to be perhaps the best indie rock album I have ever heard.
Fans of Clap Your Hands Say Yeah, Dinosaur Jr. and even Divinyls will be absolutely wowed by this diamond in the rough. As a fan of the genre, I am disappointed that this near perfect piece of work has been around for over seven years and I have only learned of it now.
Released in 2014, “Torch Song” is the second LP that Radiator Hospital has unleashed into the wild. The four-piece outfit based in Philadelphia is fronted by singer/songwriter Sam Cook-Parrott.
Their first LP, “Something Wild” (2013), was a fantastic piece of work that set the stage for the incredible masterpiece that is “Torch Song.” When I say buckle up before you hit play on the first track, I mean it.
The album launches itself into the stratosphere with its very first track, “Leather & Lace.” Radiator Hospital will delight fans of the legendary Dinosaur Jr. with this two-minute heater that features fast-paced percussion, clumsily wonderful power chords, and lo-fi vocal tracks.
If you manage to resist the urge to replay this total bop, you will have taken the first steps into what will almost certainly be your most pleasurable musical adventure of the month.
“Torch Song” follows the unfollowable with a complete banger titled “Blue Gown.” Vocalist Cynthia Schemmer joins Cook-Parrott in singing this 1:18 minute sprint that will thrill anybody who ever fantasized that Doctor Freakinfine would stitch the old school sounds of 70’s punk rock together with the slightly more modern vibes of a band like Plumtree.
This introduction to “Torch Song” will seem impossible for the rest of the record to live up to. Rest assured that it keeps the broiler on from beginning to end.
The third track features the leading lady, the golden goose, the big hot single that Radiator Hospital used to promote their Necronomicon of tonal perfection. Cook-Parrott’s lyrics are more easily understood on this track, and his talent can be fully realized for what it is. Genius.
Forget the hook that will stick in your head for days, or the melody that “The Presidents of the United States of America” are kicking themselves for not thinking of first.
Cook-Parrott makes a subtle yet pointed observation on the nature of relationships and white lies. If you aren’t fully invested in the “Torch Song” by the end of this number, turn off your music playing device and call your doctor to be tested for bad taste.
“Five & Dime” is the heater that you knew would have to come floating to the surface to inject “Torch Song” with the Carolina Reaper capsaicin that you’ve been yearning for ever since you heard “Blue Gown” roughly nine minutes ago.
This song jumps out of the speakers with fire, but in a more controlled sense than the first two tracks, almost as though Radiator Hospital is learning how to tame the beast that is their own musical creation in real time as we listen along.
The eighth track is titled “Fireworks.” Schemmer resurfaces with a vengeance to sing this entire song, which, while a slower ballad-style piece, may well objectively be the best song on the album.
Schemmer digs deep and lets fly an emotional yet calming performance that serves as a sort of halftime show, leading listeners into the depths of an independent rock ‘n’ roll fury that should come with a waiver to continue listening past this point.
Radiator Hospital kicks off the second half of their terrestrial version of heaven with “Bedtime Story.” This song is a banger in every sense of the phrase, and the chorus will have you reaching for the “add to playlist” button so fast that you just might sprain your thumb.
“Honeymoon Phase” is an absolute ripper that will make you forget all about the previous track faster than your heel will be pounding the shag carpet to the beat of this monstrous jam.
Cook-Parrott and Schemmer duet this fast-paced, lyrically gorgeous, spellbindingly hypnotic heater, that for this writer’s money is the best track on the record. I have listened to this one roughly a billion times and it just keeps getting better.
You’re now thinking that this surely must be the end. No mortal being could possibly fit any more heat into a single LP, right?
Wrong.
“Just May Be The One” is another tooth shattering, rocket-fueled ride that would be a featured single for lesser bands. Guitar solos abound, this song conjures thoughts of Yo La Tengo and other east coast favorites from the 90s. So, tie a flannel around your waist, bust out the black lipstick and enjoy this vicious jaunt through time.
Encore? You got it. The penultimate track “Fireworks (Reprise)” brings back what may very well be your favorite track thus far, but this time with a little twist. In this reprise, it is Cook-Parrott who sings his creation and completely makes it his own.
Drop your landing gear, we made it. Knuckles white and hair drenched with sweat, we arrive at the final track “Midnight Nothing.” Based on what we’ve heard up to this point, “Midnight Nothing” encapsulates everything that we know Radiator Hospital to be. This song is fire and ice, it is your mother and your father, and it is bringing you home to tuck you into your warm, safe bed.
Long live Radiator Hospital, and may “Torch Song” be forever regarded alongside the greatest albums of all time. I am sorry that I was seven years late.