Master of his craft: Masayoshi Takanaka 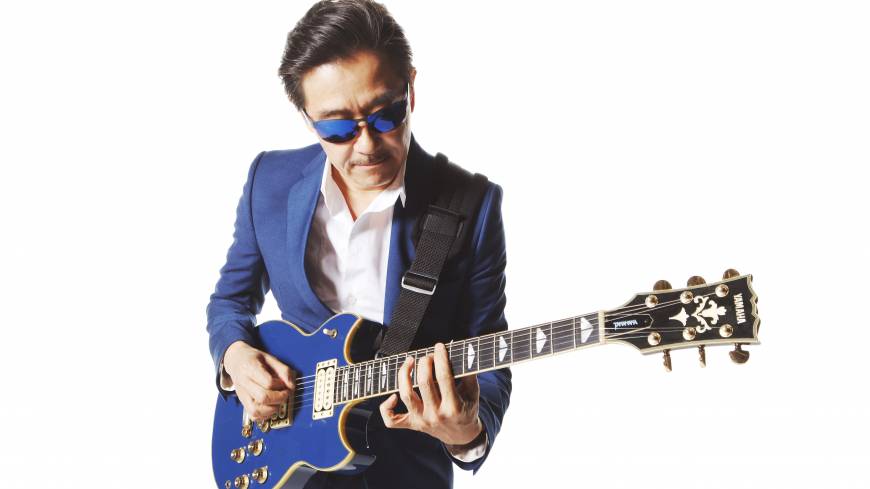 As the man once said, “You’re gonna wanna stop whatever you’re doing and listen to Masayoshi Takanaka.”
I am embarrassed to say that I hadn’t heard of this music legend until very recently. Born in Tokyo in 1953, Masayoshi Takanaka has been wowing the world with his sweet guitar licks since 1971 when he played for the now defunct band “Fried Egg.” Luckily for us, he didn’t take much time to release his first solo album, “Seychelles,” in 1976 and hasn’t stopped producing heaters ever since.
By my calculations, this guitar legend has released 37 studio albums between the years 1976 and 2011. Prolific to say the least. I have spent the last month listening to each of them and can honestly say that if you like Takanaka’s style, you will undoubtedly enjoy all that he has to offer.
Like all great artists who seem to relentlessly pummel the world with record after record, Takanaka’s sound only changes to the point that fans are pushed to continue listening to hear something new. While new techniques are employed and demonstrated by the artist, his DNA remains the same and is still faithful to the sound that makes Takanaka distinctively Takanaka.
My best comparison of his sound would be to that of Joe Satriani … just with a heavy twist of Japan. The lighthearted, melodic guitar sings with a voice of its own. The songs are overwhelmingly instrumental and make for great study or background music.
His first albums are what I currently consider to be my favorite: “Seychelles” (1976), “Takanaka” (1977), “An Insatiable High” (1977), “Brasilian Skies” (1978), “On Guitar” (1978), “Jolly Jive” (1979), “All Of Me” (1979).
“All Of Me” is one of the only non-David Geffen examples of a band releasing a greatest hits album while still producing music. This album can be accessed on YouTube for free and I promise it is worth the commercial interruptions.
My only real gripe with his music is that only three of Takanaka’s albums are available on Spotify. As awesome as Masayoshi is, he is not good enough to get me to pay for Apple Music.
It is hard to pick just one album outside of the greatest hits to suggest to a new listener. If I had to, I would recommend the self-titled “Takanaka” as a great place to start. Funnily enough, it has a track titled Mambo No. 5 that is not a cover and is about six times better than Lou Bega’s 90’s hit. “Takanaka” also features bangers like “I Remember You” and “Ready to Fly.”
Each song on this album (or any Takanaka album) combines the artist’s massively impressive instrumental skills along with a catchy and upbeat songwriting ability that will you keep you digging through his tracks finding jam after jam that almost made my stale ass want to dance.
Perhaps the best part of my discovery was learning that Takanaka is still performing live today. If you have the means to get to Japan in the near future, you can try to get your hands on a likely sold-out ticket to see the 68-year-old work his magic on stage.
Unfortunately, I have been unable to find any 2022 concert dates and regretfully was unable to get to Tokyo on Nov. 29 to catch his most recent show.
Perhaps I am biased, but I feel that Takanaka transcends any negative classic rock stereotype that you might label him with as an excuse to shrug off your newfound obligation to listen to his work. Masayoshi’s music will satisfy fans of Thin Lizzy or “Cliffs of Dover” by Eric Johnson, sure. But, his music will also delight fans of more modern rock and pop as well.
Do yourself a favor, NVU. Next time you are pulling an all-nighter working on a 5,000 word essay on Vermont’s role in the American Revolution, put on some Masayoshi Takanaka and allow his spellbinding licks to carry to the astral realm where homework assignments seem small when compared to the vast expanse that is powerful melody emanating from a Fender Stratocaster somewhere on the other side of the Pacific Ocean.