Taylor Swift is as good as ever 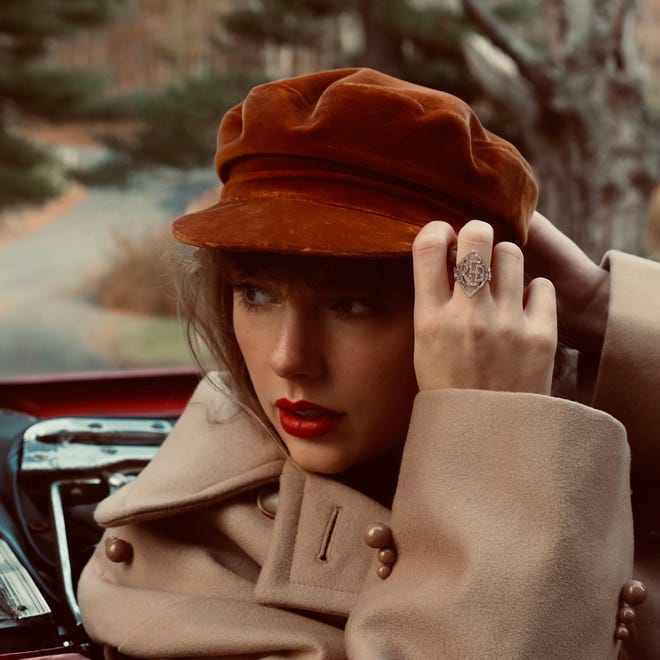 On Nov. 12, 2021, cultural icon and pop/country musician Taylor Swift re-released her 2012 album, “Red,” with a whopping 14 bonus tracks that weren’t released on the original album.
Red was Taylor Swift’s first No. 1 album in the UK and had popular tunes like “We Are Never Ever Getting Back Together,” “I Knew You Were Trouble,” and “22,” along with some less popular but still stellar tracks such as “Red,” “All Too Well,” and “Stay Stay Stay.”
When listening to this album for the first time, I immediately noticed Swift’s more mature sound. This remaster is far more technically and sonically developed compared to the original version of the album. While they are effectively the same songs, they have a slightly different sound to them now, both in her vocal performance and in the production quality of the album.
As well as listening to the songs that were on the original album, I also listened to the new bonus tracks that were released, and I very much enjoyed them. I am admittedly already a fan of Phoebe Bridgers, so Swift’s track featuring her, “Nothing New,” was automatically a candidate for my favorite track on the album.
I also enjoyed Swift’s collaboration with Ed Sheeran, “Everything has Changed.” While this song came out with the original “Red,” this version reminded me of 2012 while feeling ever-so slightly different than the original.
“Everything Has Changed” ignited some interesting nostalgia in me that I very much enjoyed. This newer version showcased Swift’s matured vocal abilities as well as Sheeran’s classic soft acoustic style. While not super different from the original, this newer version sounded as if it had gained some wisdom in the time between the original and the new recording.
If you’re around my age, then this album is likely to have left an imprint on your childhood/adolescence. I remember a few of these songs being ridiculously popular in 2012. If you were on Vine, or if you just turned on the radio back in 2012, you definitely heard some of the tracks on the original recording of “Red.”
“Red (Taylor’s Version)” is ultimately a better sonic experience than the original 2012 mastering of “Red.” I would absolutely suggest listening to “Red (Taylor’s Version)” if you’re looking for a nostalgic pop album heavily written about heartbreak.
“Red (Taylor’s Version)” is the kind of album to listen to while crying in the shower about your ex-partner. The original version of “Red” is a classic heartbreak album written about Swift’s tumultuous experience dating Jake Gyllenhaal in the 2000’s.
Along with the re-release of her album, Swift released a short film featuring the extended version of her song “All Too Well.” This short film was written and directed by Swift herself and starred Dylan O’Brien and Sadie Sink. Swift is also featured in the short film as an older version of Sink’s character.
This short film features a clearly unhealthy relationship between Sink’s and O’Brien’s characters. With some knowledge of Swift’s history, many fans claim the relationship portrayed in the film represents the relationship Swift had with Jake Gyllenhaal that led to the release of “Red” back in 2012.
The short film for the most part was very enjoyable, although the very overt example of emotional/relational gaslighting toward Sink’s character was difficult to watch. The film accurately showed how it feels to be heartbroken, as well as how it looks to be in denial of said heartbreak in Sink’s and O’Brien’s characters respectively.
Altogether, I had a wonderful time listening to “Red (Taylor’s Version).” This recording of the album brought forth a kind of nostalgia I didn’t think I had in association with Taylor Swift. It made me want to get up and dance as well as making me want to cry along with the sad lyrics of songs like “The Last Time” or the newly released “Nothing New.”
Go listen to this album and remember/imagine how it felt to be a young person heartbroken in 2012. It was quite a time, and “Red” (Taylor’s Version)” was exactly the album to bring some comfy reminiscence as well as a reminder of how far I and Taylor have come since 2012.