“Devil Inside” not a heartwarming family film 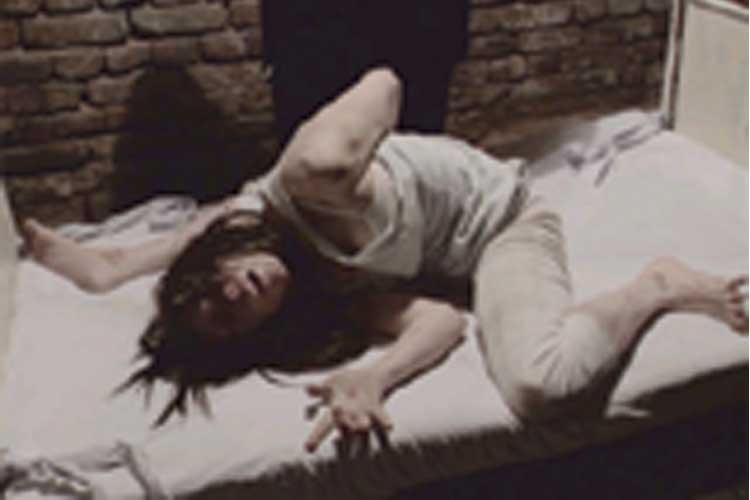 Found-footage horror films, notorious for having low budgets and becoming extremely profitable box office hits, recently changed the horror industry. It stems from a girl-next-door atmosphere, a neighborly disposition that draws viewers into believing they intimately know the characters on screen.

Producers and directors aim to make audiences feel like the events unfolding really happened. Furthermore, a movie shot from a handheld camera, what makes a found-footage horror film, results in more successful attempts at spooking the audience. The camera can only reveal so much of a room or a street.

For box office hit “The Devil Inside” many of the above sentiments apply. Paramount Insurge, Paramount Pictures’ low-budget branch, released director Brent Bell’s “The Devil Inside,” co-written by Bell and Matt Peterman, a film which cost $1 million to produce and topped box offices its first week by bringing in over $33 million.

Bell’s film, though, brought in record lows in its second week at the box office, bringing in the second largest box office drop since “The Jonas Brothers: 3D Concert Experience.”

Despite critics’ and audiences’ wishy-washy interpretation of Bell’s 83-minute R-rated horror film, the financial success of “The Devil Inside” inspired studios to quickly begin work on a sequel.

Bell’s film is about Isabella Rossi (Fernanda Andrade), a young college student, who travels to Romania in search of her mother. Years before, Isabella’s mother, Maria Rossi (Suzan Crowley), killed three people during her own exorcism. Since then, Maria has been in Romania under constant surveillance.

While in Romania, Isabella, trying to discover the facts behind her mother’s enigmatic past, becomes involved in a number of unauthorized exorcisms conducted by students attending the School of Exorcisms at the Vatican, Father Ben Rawlings (Simon Quaterman) and Father David Keane (Evan Helmuth).

Isabella is followed by her cameraman, Michael Schaefer (Ionut Grama). As the two roam the streets of Romania, disturbing events begin to unfold. It’s not until Isabella reunites with her mother that a chilling secret is revealed.

“The Devil Inside” received its R rating for disturbing violent content and grisly images, and for language and some sexual references. That being said, Bell’s film contains the right amount of gore with the perfect amount of dramatized human interactions. As an exorcism movie, Bell did well not to weigh down his film with gratuitous kill scenes. Rather, the spooks came from within, from the secrets everyone held onto until it was too late.

Isabella’s interaction with her mother at the mental hospital, accompanied by both Father Rawlings and Father Shaefer, turns into a nightmarish attempt to exorcise the demon from Maria’s body. Later in the film, this scene will prove to have been the bane of the four individuals’ endeavors.

Writing a film that relies on human relationships, Bell created a genuine lost-in-translation effect, which results in a defilement of friendships and kinships. Every actor in the movie, including those with limited screen time, nailed down impressive performances.

When we find out how powerful the Devil is, and how powerless religion can be, the audience can marvel at the unveiling blasphemy and certain characters losing their stronghold on reality.

Without giving away too much about the film, Bell’s motion picture has a highly controversial ending that sparked animosity in some audience members. Others found Bell’s gutsy ending to be a work of art.

Its ending has been described as “the worst ending of all time.” Despite its abruptness, the ending is accompanied with a website that audience members can visit to learn more about the film. Some say this makes audiences feel as if they’re being taken advantage of.

It’s a matter of opinion, though. For me, the ending was artful and dramatic, and it encapsulated the central theme of hidden secrets, lies, and deception. “The Devil Inside” is not a love story, or a heartwarming family drama. It’s a gritty tale of death and the Devil, disproving religious entitlement and effectiveness.

I sat with my girlfriend, clutching my sweaty hand in hers. Bell’s film spooked the crap out of me. account of investigative journalism gone wrong, a deadly tale of possession and broken family ties, and a horrifying encapsulation of the mystery behind religion.