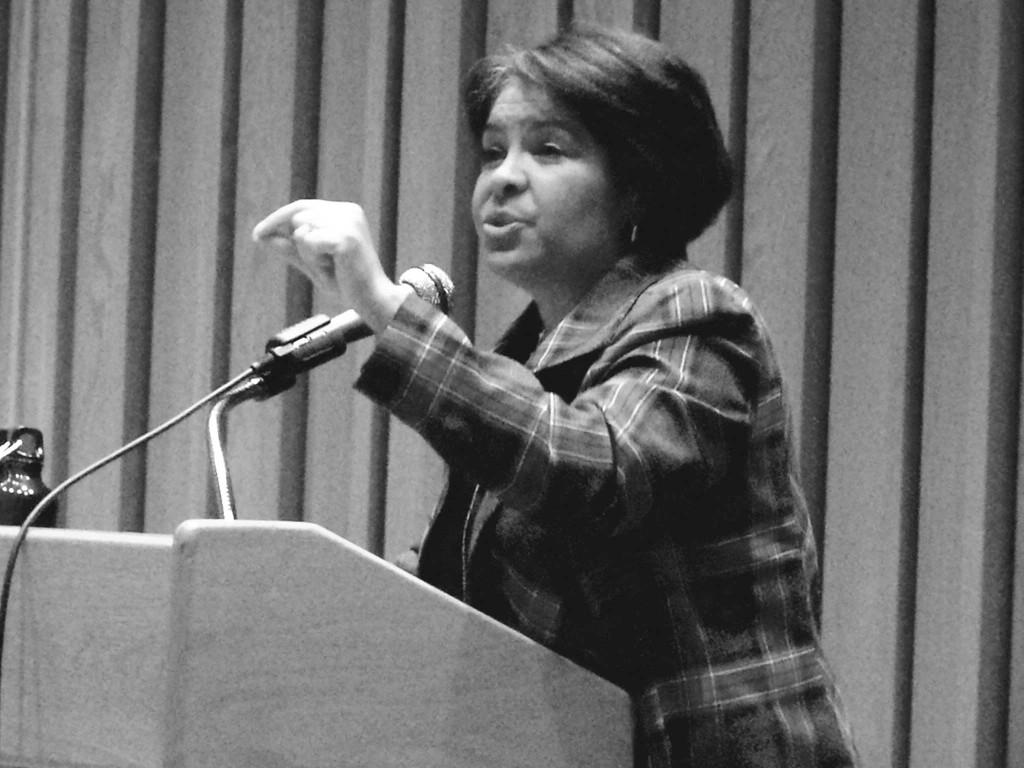 Williamson is the commissioner of the Massachusetts Commission Against Discrimination (MCAD). She discussed the status of the civil rights effort, and the need to further King’s efforts for equality.

“In some ways I feel we have gone back a great distance,” she said. She cited segregation in housing and prejudice surrounding interracial marriage as examples of a step backwards in civil rights efforts.

“We don’t have to worry whether our kids can walk together today: they can walk together, they can sit at the same lunch table and be friends,” said Williamson, referencing King’s famous “I have a dream” speech.

“There was more to the dream, more to the vision of Martin Luther King,” said Williamson. “He knew there was more to this than just getting us to sit at a lunch counter together. He understood that was just the beginning. We haven’t even scratched the surface of what his real dream meant in terms of civil rights.”

According to Williamson, the second part of King’s dream involved increasing economic equality, referring to the growing economic divide.

“Part of what he said was, ‘I want to move on to economic justice,’” said Williamson. “That was phase two of the civil rights movement. He understood that while we came on different ships, there had to be the recognition that we’re all in the same boat now. I have to tell you, looking at the world today, that boat is sinking and it’s sinking fast.”

According to Williamson, the people who face the most discrimination in Massachusetts are those who are disabled, followed by pregnant women and unemployed people over the age of 40.

“We need to be mad about the fact that we have not finished the work that [King] started,” she said. “Civil rights isn’t necessarily about race. We’ve gone beyond that.”

Williamson stressed the need for levelheaded discussion on civil rights.

“Sometimes people wait too long, and when they tell you what they need to tell you it’s never nice,” Williamson said, joking about her own experiences bottling up her thoughts.

She emphasized that a preemptive dialogue is important to decrease discrimination without violence.

Williamson has a long history of civil rights activism.

She was appointed as Commissioner for the MCAD in 2010 and has served in the Access to Justice Commission, which provided access to civil justice in Massachusetts.