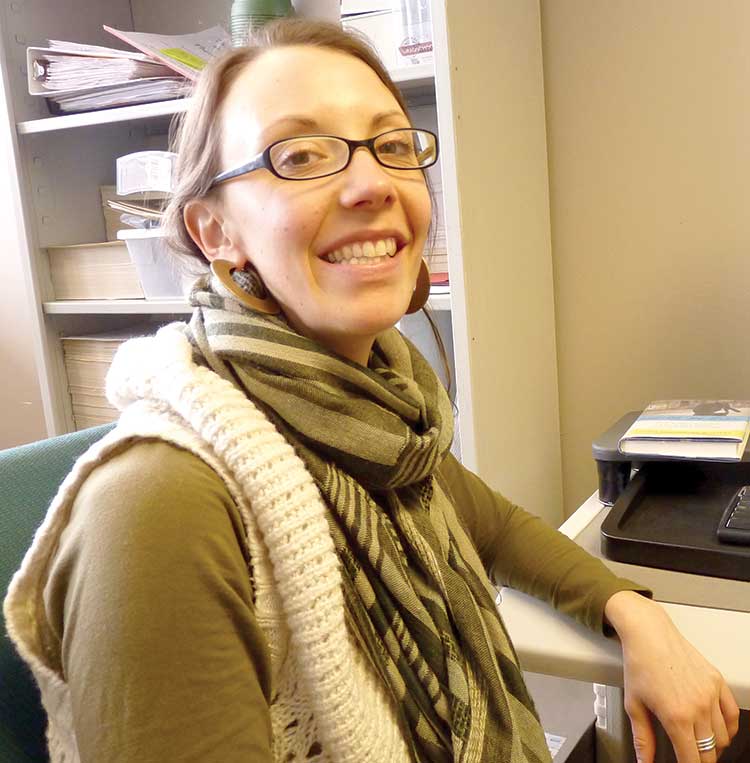 Johnson State College has a new coordinator of first-year events, Emily Neilsen, who fills the position that had been vacant since the departure of Sherlock Terry last August.

Neilsen started her new job at the end of February.

Neilsen grew up in Burlington and graduated from Burlington High School. She received a master’s degree from Bowling Green State University in Ohio in 2007.

Before coming to Johnson, she taught adult education and worked as a teacher at various boarding schools prior to taking a brief hiatus from academia.

Nielsen, referring to her return to the scholastic world, said, “I was really excited to be in university life again.”

Director of First-Year Experience Margo Warden noted that Coordinator of First-Year Support Jenn Stefansky’s job, as well as her own, had both become much more difficult with the departure of Terry. “We’re very much a part of a team,” Warden said. “Jenn really took on a bulk of the work left by Terry.”

Neilsen’s duties include program planning; spearheading the Creative Audience program; communicating with, and assisting in the travel plans of visiting artists; organizing the events calendar; and being the true lead in the Common Book program. As a result, her first weeks on the job have been busy. “We’re in the middle of picking the Common Book. (We’re) madly reading books,” she said.

For Warden, Neilsen’s arrival will do much to more evenly spread the significant responsibilities of the Office of First-Year Experience. The First-Year program was created initially from a five-year federal Title III grant that has expired, but the college has made a commitment to continuing that program.

“I’m delighted that Emily is with us now,” Warden said. “We are very thankful that the administration has allowed us to fill this position; it’s a validation of what we do here.”