The magic of dreaming big 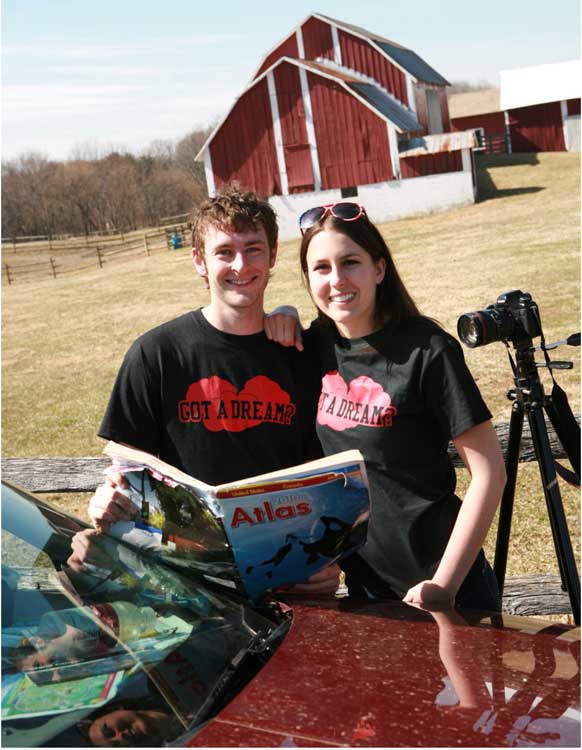 If you can dream it, you can do it. All it takes is a bit of bravery and effort.

That was the message recent college graduates and filmmakers Chip Hiden and Alexis Irvin brought to JSC with their documentary, “The Dream Share Project,” on Sept. 26.

This film is a record of the duo’s road trip across the United States of America, meeting people who have successfully followed their dreams.

Some of the interview subjects were artists, like the Los Angeles-based poet and playwright Chinaka Hodge. Hodge worked hard at her passion all her life, had her first performance at the Apollo Theater at age 16, and has a published poetry book, “For Girls With Hips.” She explains life planning as like making a road map, where “I’m at Point A, there’s this huge obstacle, but I can see Point B, and it’s hard to do that if you’re not planning it.”

Other successful people had more commercial leanings, such as Zach Kaplan, the Chicago-based founder of “Inventables,” an e-commerce website dedicated to selling raw materials for research and development projects. When Hiden and Irvin asked about the goals of his company, Kaplan said, “I think that if people realize how easy and how accessible these tools are, it takes away the barrier of ‘oh you can’t do that,’ or ‘I don’t know where to find that,’ and that ease of prototyping leads to more innovation.” In his case, his dream is helping others follow their dreams.

The documentary ended with suggestions for audience members who have trouble realizing their own goals, such as overcoming fear and doubt, beating procrastination, and saving money.

After the film, Hiden and Irvin passed out activity sheets for the viewers to write down their own dreams and share them with their peers. The demonstrators fully expected audience reactions to be awkward, and pointed out that following one’s dreams takes a little courage.

SGA Director of Clubs Alexander Washburn was impressed by the documentary and the presentation. “I never really thought of my dreams and everything since six or seventh grade, when I thought, ‘I’m going to become an English teacher,’” he said. “[The film] made me really think about how I need to put more time into thinking about my future.”

Washburn was satisfied with the student turnout for this relatively small event and felt that the documentary’s message would stick with at least a few viewers.

“The Dream Share Project” has its roots in something as simple as dissatisfaction. As the film itself exposits, both Hiden and Irvin had recently graduated from college and found that they did not enjoy the safe, standard, white-collar desk jobs their society expected them to enter. Hiden was a history major and Irvin had a degree in print journalism, but they didn’t believe their talents were being used to their full potential in mundane employment. Despite the warnings their parents gave them, they piled into a car with cheap cameras and plotted a road trip intended to inspire both them and anybody they shared it with.

Hiden and Irvin learned many things themselves just by producing the documentary. “For the editing process, neither of us had actually studied film before, so we were self-taught,” said Hiden. “We were fortunate enough when we got back from our trip to connect with a couple of friends from high school that had some editing experience, and they got us started on a program called Final Cut Pro.” Finding the interviews by themselves to be somewhat heavy and dramatic, they injected humor into their own performance, even making it intentionally corny in parts for the sake of levity. This corniness has little to do with “King Corn,” one of the documentaries they took inspiration from, but they did borrow the idea of stop-motion segments from it.

The most important thing they learned is to not fear failure, or as Irvin put it, “You kind of look at a successful person as, ‘they never messed up, and that’s how they got where they are,’ when in actuality people that make it are people that fail time and time again… but you get back up, and you keep going.”