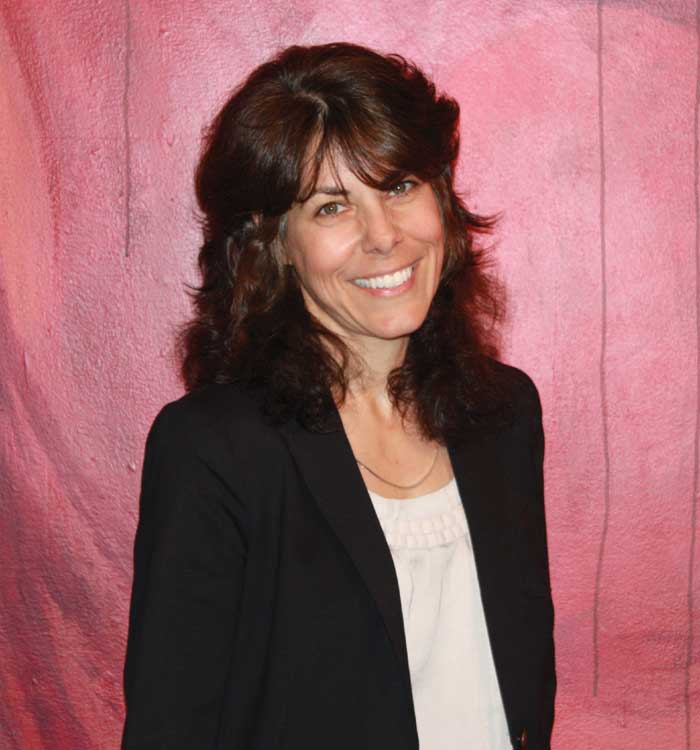 Scientific research currently being conducted at Johnson State College has been highlighted and broadcast to over 100 countries around the world thanks to a recent episode of NOVA scienceNOW, an award-winning spin-off of the venerable science show, NOVA.

Gina Mireault, a professor of psychology in the Behavioral Sciences department, appeared in season 6, episode 1, of NOVA scienceNOW, “What Makes Us Human?” which aired Wednesday, Oct. 10.

The episode, in keeping with the spin-off’s goal of tackling a broad question by calling on cutting-edge and varied research, tackles such topics as Neanderthal/human interbreeding, the evolution of human laughter, the evolution of language, and the discovery of the earliest primate child yet found. “Part of the appeal of NOVA is that they make some fairly complex science accessible and intriguing to almost anyone,” said Mireault.

This episode is intriguing, and the newer format allows producers to weave together the research of scientists struggling to answer seemingly unrelated questions. Scientists like Mireault. “I loved the episode. It’s NOVA,” said Mireault. “I particularly liked the first segment on Neanderthals involving genetic analysis, although I was intrigued by the theory that tool use may have spurred language development rather than the other way around.”

Filming for Mireault’s segment of the show took about five hours and occurred on May 3 in Boston, at MIT’s Early Childhood Cognition Laboratory, and involved the host of the show, David Pogue. “He actually played the role of research assistant at one point, and made the baby cry,” said Mireault. “That’s never happened to us, and we all had a little chuckle over it.”

Mireault’s work, already featured on VPR, WCAX, The Burlington Free Press, and this paper, enjoyed another flurry of attention following Mireault’s presentation at the British Psychology Society in September. Her research was reported in WebMD, The Daily Telegraph, and Der Spiegel.

While her students are preparing a submission to the Eastern Psychological Society and hoping to present in New York City this spring, Mireault is readying a presentation for the Society for Research in Child Development, slated for April in Seattle.

Meanwhile, Mireault has returned to her lab, and seems to be enjoying a momentary break from the limelight. “I think the media is—appropriately—focused on more pressing issues like the impending presidential election,” said Mireault. “In the lab, we are just fine to return to collecting and analyzing data in obscurity.”

One of a growing list of media outlets to highlight Mireault’s work, PBS turned to the researcher in its quest to answer the question, “what makes us human?”

Mireault’s infant humor study seeks to understand how babies learn what is funny. “Our study does not directly examine laughter as an evolutionary phenomenon,” said Mireault. “Instead, we are studying laughter as a social phenomenon, which indirectly implicates evolution.”