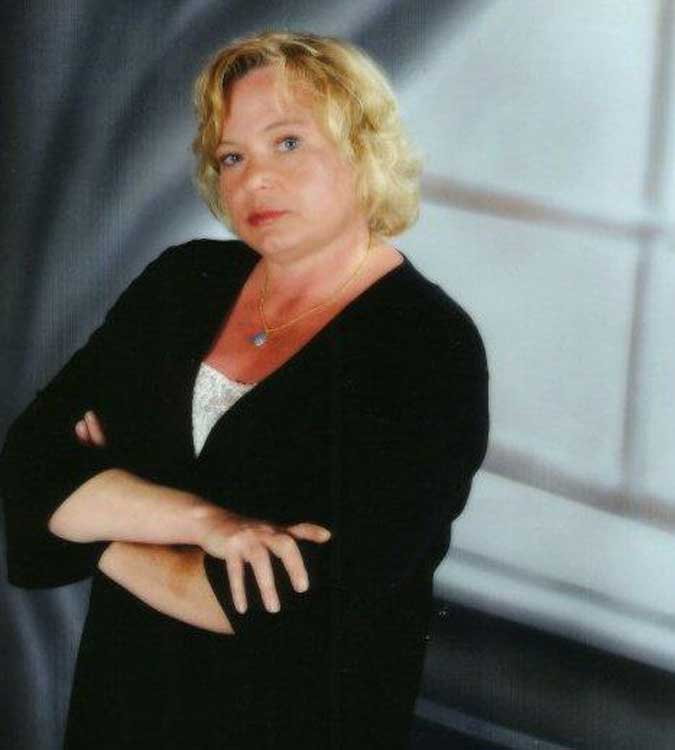 When Stacey Jones was 6 years old, her mother told her a story about how she had once seen her deceased father at the front of the classroom on the first day of school. From then on, Jones knew she wanted to be involved with the paranormal and give her mother an answer as to what exactly she saw because “we all know there are no such things as ghosts,” says Jones.

Between the ages of 6 and 12, Jones read at least 500 books and journal articles pertaining to the paranormal, and Jones was fixated on the prospect of being a parapsychologist. Unfortunately, when it came time for Jones to attend college, nearly every school had dropped its parapsychology program — except Duke University. “I went to visit Duke,” says Jones. “But I decided that was an awful lot of education, because you needed to get a Ph.D. in it, for something I was never going to get a job in. So that’s when I decided to become a police officer.”

Jones kept her passion for the paranormal closeted, until the day she got a call from a woman and her three kids, terrified her ex-husband was breaking into the house. Jones and her partner went to the house and investigated it, but found nothing.

The woman insisted that she was hearing footsteps and the television turning on and off. After several more calls over the next few weeks and finding nothing, Jones’s partner insisted the woman stop calling until she physically saw someone. “I think she just needs a man,” said Jones’ partner. “But in my heart, I really thought that the house was haunted. That was the day I said, ‘You know what, I’m going to be there to educate people.’”

And so Central New York Ghost Hunters was founded in 1995. It has grown from four members to 75 and is now recognized as a legal company. These ghost hunters have investigated over 900 locations, including everything from a bed and breakfast in Cooperstown, N.Y. to Beardslee Castle in N.Y., to Union Cemetery in Conn., to Sachs Bridge in Gettysburg, Pa.

Jones has made appearances on Discovery Channel’s “Ghost Hunter,” “Hidden Terror,” “A Haunting,” and “One Step Beyond.” She is featured in the DVD “The Old Quarry and Other Haunted Places of Central New York” and also in the book, “Ghostly Tales from America’s Jails.”

Jones’s presentation to the JSC community took place on Halloween night. Her slide show included photos, videos, and sound bites all allegedly demonstrating evidence of paranormal activity. Jones does not aim to sway opinions or scare people, but to inform others about her knowledge of the paranormal.

She recounted many chilling stories from her investigations.

“In one case, a couple with a small child had been hearing a voice call their names and the gas fireplace would turn on by itself,” Jones said. “They weren’t superstitious and shrugged it off as coincidence. Then one night the couple decided to go out to dinner and call the next-door neighbor over to babysit; she was a sweet 16-year-old girl. After arriving back at the house around 9:30 p.m., they saw the girl sitting outside on the porch. The second the couple stepped out of the car, she started shouting ‘Don’t ever call me again! I’m never stepping foot in this house ever again!’ as she cried hysterically and ran home. A few weeks later the couple bumped into her on the sidewalk and decided to ask what exactly happened that night. The babysitter said that she had put the child to bed and 20-minutes later she heard toys being played with. The girl said she went and checked and the kid was sound asleep. Then she heard the noise again a few minutes later, checked, saw nothing. She sat back down and heard a ‘tink, tink, tink,’ noise getting louder and louder until all of a sudden a bubble mower toy rolled down the hallway and stopped at her feet.”

The whole time Jones spoke, the room kept eerily quiet. Whether or not ghosts are something you believe in, “Stacey Jones: Ghost Cop” is a very entertaining presentation which poses the question, “What if there are such things as ghosts?” For more information or to request an investigation yourself, visit http://staceyjonesghostcop.com.