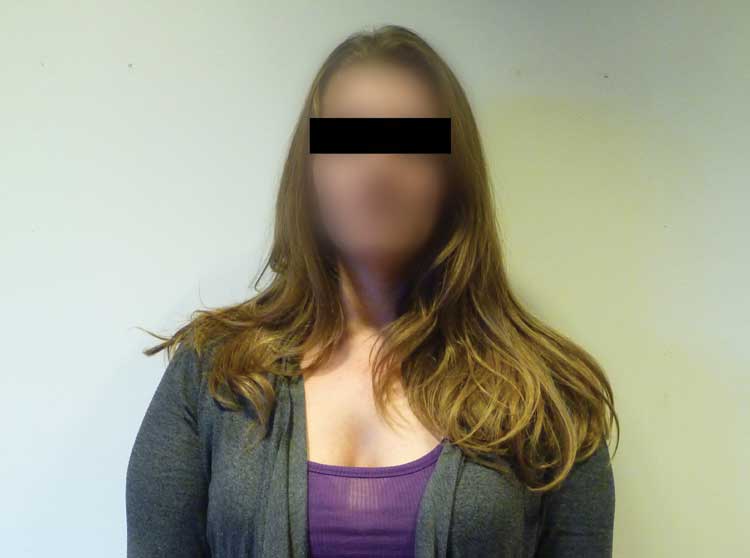 Young and casually dressed, she could easily be mistaken for a JSC student, and that’s just the way she wants it.

Meet Kari Tucker, a Vermont State Police officer working with the Department of Liquor Control (DLC). She has joined forces with Johnson State’s Public Safety, and her mission is to help educate students on the dangers of alcohol abuse and of binge drinking in particular.

Tucker, along with other staff members from the DLC, played a prominent role in Johnson’s annual Alcohol Awareness Week, attending multiple presentations and talking about her role as a police officer.

Also new to Johnson State this year is Sodexo, which has a liquor license for various functions and dinners held on campus during the academic year. According to Tucker, with each liquor license comes an investigator.

The liquor license covers all of the Johnson campus, but is primarily used in Stearns, for events at President Murphy’s house, and for a few functions in the gym.

“I have been here since June, and we have used it, maybe, five times,” says Tom Fondakowski, general manager of Sodexo Food Service.

Many students believe that Tucker is here as an undercover agent specifically out to bust parties and get students in trouble. Tucker, however, sees her role differently. “I’m not trying to be a jerk and write you a ticket,” she says. “I’m here to help.”

Nevertheless, Tucker isn’t being obvious about her identity: “I’m not wearing a big sweatshirt that says ‘LIQUOR CONTROL, HERE I COME!’ However, I do look [a student’s] age, and I think that is the problem people are having.”

Tucker is concerned about incidents of binge drinking on the JSC campus. So is Director of Public Safety, Mike Palagonia. “It does seem that right now…there is a perception… [that] alcohol levels are higher than last year,” said Palagonia. “I’m pretty confident there is an increase.”

Five years ago there was a similar situation when another DLC officer was working with Public Safety, but the working relationship between the DLC and Public Safety was not as strong. Palagonia seems comfortable working with Tucker. “Karie wants to meet our staff, get to know our staff, as well as talk to students,” he said.

The previous investigator had very little communication with the college’s staff, according to Palagonia and Johnson State’s Dean of Students Dave Bergh. “There wasn’t the communication we have now. What I appreciate about this relationship is that we are communicating,” He said.

Tucker has free range of the campus, but is accompanied by a Public Safety officer in the residence halls. Tucker is able to walk around undetected and talk to students. If a student is breaking the law, she has an obligation to issue that student a ticket.

By contrast, if a student is caught by a Public Safety officer, the first and second offense will involve diversion and service hours.

“We have different jobs, but the same goal, and that is to keep people safe,” Palagonia said. “We [Public Safety] realize that drinking is going to happen…but it’s particularly important to minimize binge drinking…That is where we are going to get the most bang for our buck.”

Bergh feels that Tucker is bringing the right perspective and sensitivity to her job. “I think that she is coming to her work with genuine concern around the issue of high risk drinking and its ramifications,” he said.

Tucker says she is not trying to be unfriendly or intimidate, but anything she can do to reduce underage and irresponsible drinking on campus is a plus. “We’re [DLC] not trying to make you scared of us, but make you skeptical,” says Tucker. “To make you think twice before drinking. Think ‘Is the DLC here tonight?’ before you take a sip of alcohol.”

Tucker has only been to campus a couple of times thus far, but she indicated that she surely would be back.