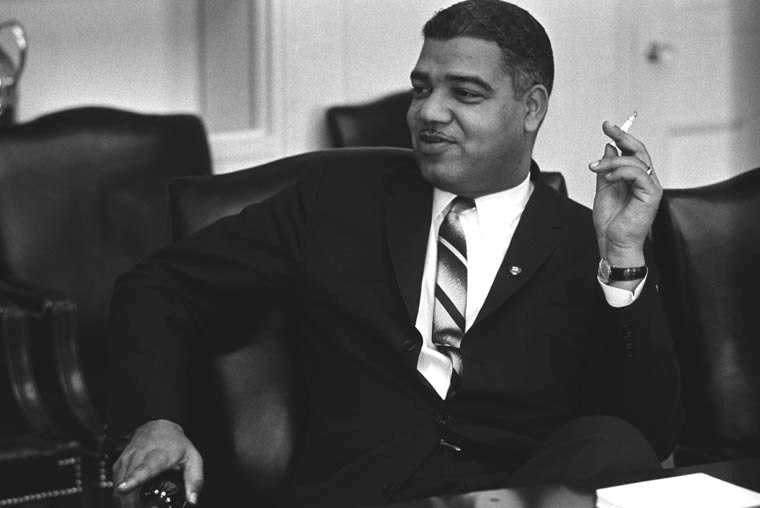 Whitney Young was an influential figure in the civil rights movement whose talents and achievements are rarely recognized today. Young worked closely with the white elite, and used his connections to improve education, employment, housing, and the general welfare of African-Americans. “The Powerbroker,” which was presented Feb. 7, in Bentley 207 told his story.

“We chose ‘The Powerbroker’ in observance of Black History Month for a few reasons,” Coordinator of First-Year Events Emily Neilsen said. “First, it tells the story of Whitney Young, who played a pivotal role in the Civil Rights Movement. As he is not very well-known, the documentary provides an alternative piece of history and an alternative perspective to the most dominant narrative, which focuses on Martin Luther King Jr.”

Neilsen also said that Young’s legacy is one which we can see today. “Young was a pragmatist and a negotiator,” Neilsen said. “But, his infiltration of elite, white circles often cost him allegiances.”

Young worked directly with America’s business and community leaders in his fight for civil rights, but even as whites entrenched in power became more trusting of Young, the disenfranchised black community grew more suspicious. “They denounced him as a pawn of the white man, an Uncle Tom, an ‘oreo,’” said the documentary. “And worse, some began plotting his assassination.”

Young began his journey in Kentucky trying to convince businesses to give their African-American neighbors jobs; he was a firm believer in equal opportunities. Once he became Executive Director of the National Urban League, Young moved to a bigger stage, working with such prominent figures as Martin Luther King Jr., and Presidents Johnson, Kennedy, and Nixon. His main contribution, which seemed to influence the government’s federal poverty programs, was his advocacy of a Domestic Marshall Plan to appropriate a large sum of money to help solve America’s racial problems. Despite his contributions, Whitney Young seems to be remembered by few today, which became evident as Executive Director of the Vermont Partnership for Fairness and Diversity Curtiss Reed Jr. hosted a Q & A session after “The Powerbroker.”

The theater was far from crowded, but those who attended listened quietly to the movie, and responded respectfully to the questions afterwards, many reflecting on the fact that Whitney Young was not a name that was heard during their education. Even so, many said they believed that Vermont schools do a good job bringing up the issues and covering the struggles that occurred during the civil rights movement.

“I think it’s incredible that we haven’t -that I haven’t- heard of him,” reported an audience member. “I know a lot of people from talking about the film didn’t know who he was.” King, the audience member went on to say, was the name always heard in association with the civil rights movement.  Others found interest in Young’s tactics and approach to the issues at hand.

“I think he’s an absolutely dynamic figure,” said another audience member. “His method of thinking and approaching the situation that he was presented with was absolutely unique for the time period…We were never taught that there was at least one person who worked in the business sector as well as the public sector, and tried to mesh them.”

Reed noted that many of our opinions about the civil rights movement seem to be based on stereotypes and the culture in our society. He explained that the movement was much bigger than how it is presented in schools, whether we’ve heard of each important figure or not. Even small states like Vermont, explained Reed, have meaningful ties to the struggle for civil rights that people may not know of, such as the fact the first African-American to graduate from college in the US graduated from Vermont’s Middlebury College. That same graduate then became the first African-American to be elected into the Vermont legislature.
Whitney Young was only one of many people in the history of the United States to make a difference in the way we live, and he practically stood alone in his mission. According to Reed, as long as those who are in power hear what an advocate has to say, anyone can make a difference.

“The Powerbroker” was the second event of four being hosted at JSC in observance of Black History Month this February. The first event, a talk by Jerry Mitchell, an investigative reporter who convinced authorities to reopen civil rights era murder cases, took place on Feb. 4, and followed by “Charly and Margaux” Feb. 18, and “The Secret Life of Bees” Feb. 20.