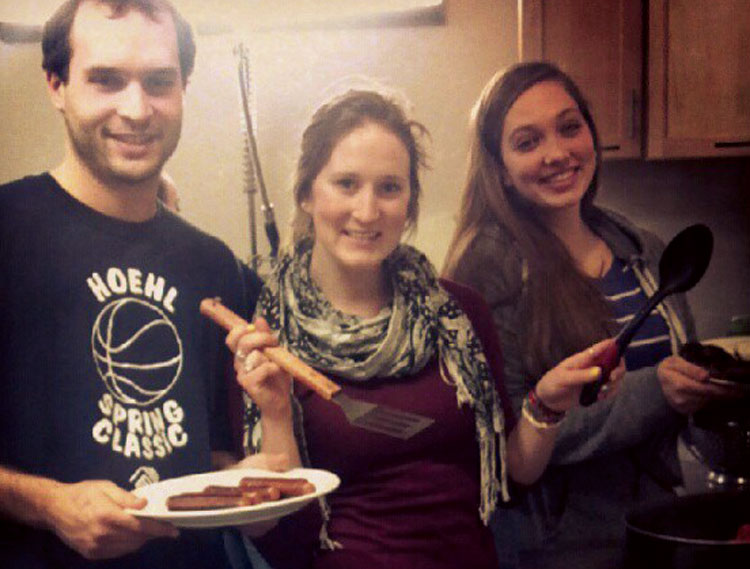 Twelve members of Break Away, including 10 students and two leaders, traveled to West Virginia over February break to help work with the Southern Appalachian Labor School (SALS).

Kelsey Magee and Kaylie Hale led the trip to West Virginia, where they focused on renovating and revamping apartments for students at SALS.

According to Magee, the group had multiple goals in mind when planning the trip. “Our goal going down there was to get as much work done as we could,” Magee said. “We wanted to make a difference and learn a lot about the culture.”

Cultural lessons aside, the team learnt a lot about construction, plumbing and electrician work, as well as learning the skills necessary to help in renovating and refurbishing several apartments.

“I wanted our group to get as much as they could out of the experiences,” said Magee. “I wanted them to a learn a lot and gain a passion [for] service work.”

For sophomore Shelby Davis-Lane the trip provided both new knowledge and a chance to apply hands-on labor for a good cause. “Just doing the volunteer work would have been great, but being able to work with the kids made it better and memorable,” she said.

The Break Away team was able to work alongside the students, discussing their pasts and sharing stories while performing the service to the community.

SALS works with high school drop outs, ages 16-24, and helps students gain a GED if they haven’t already done so.

The apartments that Johnson’s Break Away team has helped renovate will go to the families that need them, paying only what they can for rent; there is no set price.

The Break Away team also had the opportunity to work with SALS after-school program. “The afterschool program was a lot of fun, we have had some students (Johnson students) dancing,” says Magee.

JSC was the first of many schools to be working on the renovation project. Anywhere from five to ten schools will participate in the program over spring. “Johnson was the first to kick off the spring break season,” says Hale.

But it wasn’t all work and no play for Break Away. The students were able to go into Charleston, West Virginia’s capital, where they were able to explore the city, the inside of the mall and a local restaurant to celebrate Magee’s birthday.

However, traveling to West Virginia revealed more than a landscape famous for its mountains; it also afforded an unexpected glimpse of widespread poverty. “It was definitely a culture shock,” said Magee. “There is an extremely high level of poverty. Although there is poverty here (Vermont), it is more concealed.”

The students were able to learn a lot from their experience – from basic construction skills to a greater understanding of social problems. “I learned a lot of life lessons while I was there. I learned to appreciate what I have and not to take it for granted, to work for you want,” said Davis-Lane.

Davis-Lane and fellow participant Reilly Lawrence both said the trip inspired them enough to want to try out for leadership roles as trip leaders next year.

“The people we worked with showed us how to turn our lives around,” said Lawrence.