Hospitality get sun and experience in Barbados 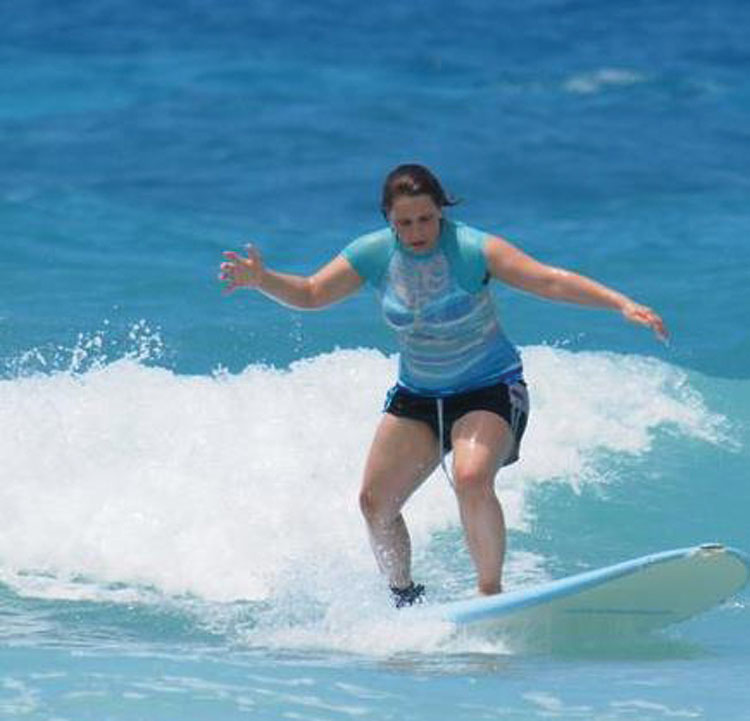 Over spring break, five Johnson State students and three CCV students took a seven-hour flight to tour the hotels and the sights of Barbados.

The trip was led by Professor of Business and Hospitality Management Todd Comen who said the trip was very educational for the participants, five of whom are hospitality and tourism majors, two are business majors, and one is an art major.

“Barbados is a small island nation in the Caribbean with ideal conditions for studying tourism and hospitality,” said Comen in an email interview. “It is also a great place to study the impacts of tourism on the environment and the culture. The warm weather and marine environment make it a great destination for a spring study course.”

For nine days, April 3-12, the students travelled the southern end of Barbados. The official name of the course is: International Travel and Tourism. All the expenses are covered in the $2000 course fee. Travelling to Barbados allowed students to reflect on how tourists behave, while learning about the tourism industry by becoming tourists themselves, experiencing the sights and sounds of the island with the eyes and ears of a vacationer.

Each student was also required to keep a journal, and was given questions to consider based on their experiences.

The group took extensive tours of five hotels, each at a different level, including a small nature resort, an intermediate beach-front hotel, the only 5-diamond resort on the island, and a hotel and restaurant run by Barbadian hospitality and culinary arts students called Hotel PomMarine.

There are 290,000 people living on the island, and their economy depends heavily on tourism with about one million tourists visiting each year. This number includes cruise ship guests who only stop on the island for one day. According to Business Major Khrystyne Bartoswicz, these tourists, although they are providing income and wealth for residents, also damage the small island nation considerably.

“Water can be shut off from the residents at any time during the dry period – because Barbados has a very sub-Saharan climate with very little water, to give the water to resorts, which bring the money in,” she says.

The students stayed in one of the least expensive hotels, spending about $30 per person per night, but the higher-tiered hotels were far more costly, charging anywhere from $500 per night to $2500 per night. The large difference in price reflected the different accommodations and atmospheres available.

“The atmosphere went along with the price,” said Bartoswicz. “The eco-lodge didn’t have any extra electricity. Everything was run on solar-power. There was no cable, no internet. It was really a decompression retreat where you went to get away from everything. At Sandy Lane [the five-diamond hotel] you pay that price, so you expect everything to be perfect.”

According to Bartoswicz, the staff at Sandy Lane went as far as unpacking every guest’s suitcase for them upon arrival as well as providing a full-time nanny for any children.

Snorkeling, surfing, exploring the Harrison’s cave system, enjoying a rum tour and taking catamaran rides all made it onto the itinerary of the trip. There are three rum-making plants on the island, and the group toured the bottling plant which was closest to their location to learn about the long process necessary to make rum.

“My favorite parts were going on the catamaran rides and visiting the North-End Cliffs,” says Hospitality and Tourism Major Mallory Corse. “I like being able to look out in the ocean and not see anything. It makes me think a lot clearer.”

Alongside the more pleasant attractions, the group also visited Mount Stinkeroo, which is actually a man-made mountain of not soil, but trash. There is no way to get rid of their garbage, so it has accrued over the years.

“It’s just trash piled everywhere,” says Bartoswicz. “And sometime in the 2000s a fire started there during a small island convention that had the governments from small islands from all around. It opened their [the residents] eyes that tourism is doing damage to the island, but it’s also their number one money maker, and without tourists a lot of people wouldn’t be working.”

Bartoswicz says, “Experiential learning is really important to help you learn in college. Between my trips to New Orleans for service learning, and this trip, they are the two most impactful learning experiences that I’ve had in my four years at college.”

The other students on the trip were JSC students Samantha Foster, Chelsea Draper, and Erica Pustari as well as CCV students Sierra Tebeau, Nena Bliss, and Amila Nuhodzic.