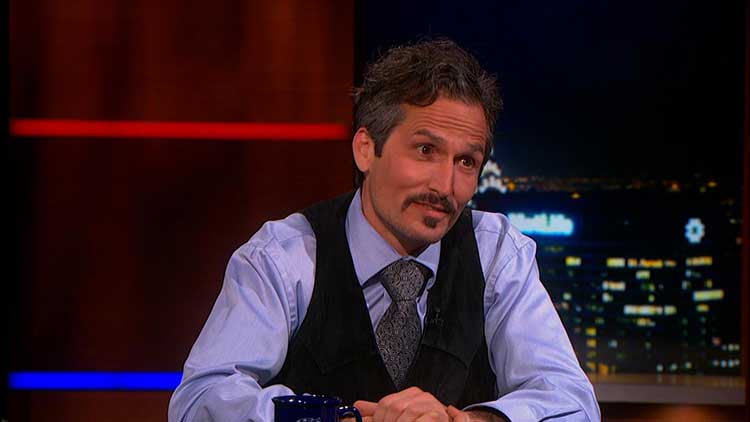 In its seventh year, the Common Book program will give JSC’s incoming freshman an inside look at life in Detroit through the eyes of a journalist native to Detroit.

“Detroit: An American Autopsy” by Charlie LeDuff was selected by a committee of staff, faculty, and a few students.

The process for selecting the new book begins with every member making a proposal for potential titles. After reading each recommended title, the committee members come back together to present their opinions. If two or more members don’t feel that an option fits the criterion, it is pulled off the table.

“Usually at a certain point in the year, we get to a place where we have two or three books that are all really strong contenders, and that a number of members feel are good choices,” says Coordinator of First-Year Events Emily Neilsen. “Then we ask everybody on the committee to read those final choices and then vote on the last day.”

This year it came down to “Radio Active” by Lauren Redniss, “Tenth of December” by George Saunders, and the winner, “Detroit: An American Autopsy” by Charlie LeDuff. There were some who liked that “Radio Active” was written by a female author, had a female protagonist, and included a lot of art and visuals, but everyone who was present during the committee’s final conversation voiced support for the choice.

“I love [Charlie LeDuff’s] style of writing. It was really gritty and real,” says student committee member Melissa Rixon: “I’m not sure if I got this from the book or from an interview I saw with the author, but I really like the critical look at the not-so-pretty direction the country could be headed in with job loss and stuff like that.”

The author is also an accomplished journalist and former national correspondent for The New York Times who won a Pulitzer Prize in 2001 for his work inside a North Carolina slaughterhouse as part of the newspaper’s series “How Race Is Lived in America.”

LeDuff has also worked as a gang counselor in Detroit.

“I think that students are going to love the book,” says Neilsen. “The writing is really engaging. The author is a journalist, and so he writes like a journalist in a lot of ways. His sentences are short, and they’re really smart. The details in the book are just fascinating. Detroit has some really unbelievable statistics. He’s a really good story teller, so he goes beyond the statistics, and gets into the story behind them, profiling politicians, and firemen, and a lot of the characters around the city.”

Because LeDuff is from Detroit and his story, according to Neilsen, is really woven into the story of the city, getting to know a little more about the author through his writing should make it really fascinating when he comes to visit in the fall.

As the coordinator of first-year events, Neilsen also has to develop programing around the book, which she seems really excited about. “There are so many people doing amazing work in Detroit,” she says. “So, whether it’s at the community level or the art scene in Detroit […] there is a lot of art, culture, community building, and social activism. It’s a city in which a lot of the infrastructure has fallen apart, so citizens are really making it what it is today. I think that’s really inspiring and will be really fitting to bring to campus.”