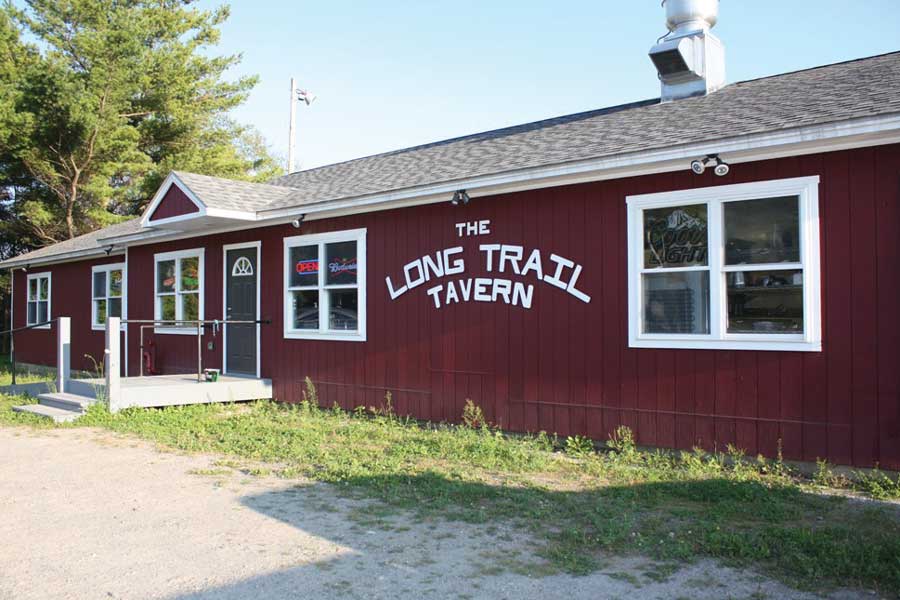 The Long Trail Tavern is back new and improved

Garth Cross is one of the few bar owners who enjoys hearing new customers describe his recently-renovated bar with expletives. In fact, he sits by the front door just to hear them. “Most people who have been here before can’t believe how different it is,” he said. “The first thing they do is say, ‘Holy –!’”

Setting a new image as a clean and comfortable place to eat and drink is what Cross and his business partner, Scott Mansfield, hoped to do when they opened the doors of the Long Trail Tavern (locally known as the LT) under new management June 22. The tavern had sat empty and closed for about four years.

Time and weather had been unkind. The original plan was simply to raise the building and put in a new sill. But fixing the sill led to replacing an unstable wall, replacing the wall led to updating the heating and cooling system, and the necessary repairs didn’t end until the building had been gutted.

From the outside, the familiar landmark generally looks the same, though touched up: There’s a fresh coat of burgundy, a newly shingled roof, and a handicapped-access ramp.

Inside is the new counter carved from wood harvested here in Johnson, new flooring, chairs, tables, billiards table, and flat-screen televisions. In the corner is a high-tech juke box with microphones so brave customers can test their vocals with their favorite music anytime they want.

The only thing untouched is the name of the pub. The idea of a new name was brought up but people flatly told Cross and Mansfield the name could change but the locals would always call it the LT. So the traditional name remained.

The idea of buying and restoring the iconic tavern came both from the urging of friends as well as a sense of adventure. Both knew that it would be a large project, but they wanted to give something back to the community they grew up in.

“We don’t want this to be only a bar,” Cross said, “but a place for all ages to have a comfortable place to have some good food earlier in the evening and good drinks later.”

He’s already seen hints their plan is working. According to Cross, just last week a mother and her daughters brought their grandmother to the LT for a birthday celebration. Later that evening a local band packed the place when a crowd trickled in after Tuesday Night Live’s concert at the town park ended.

Not yet. He said he won’t feel its success until he’s gone through a full year and seen what the seasons bring.

Although taking baby-steps with the Long Trail’s progress, like the first menu only having seven items available (fish n’ chips, grilled chicken, burgers, tacos, pizza and salads), the owners are eager to bring in a variety of live entertainment. They hope to fill the tavern with live music during the fall and winter and next year want to make use of the expansive backyard with games of bocce and horseshoes and even camping.

It’s an organic project, Cross said, and suggestions and requests from customers and community will help mold the business. Living true to the name they want to include people’s Long Trail memorabilia and a large map of Vermont’s Long Trail on the wall. If customers want to see a special food on the menu or a type of drink, all they need to do is ask. Suggestions and ideas for improvement can be left with any of the staff.

The only thing Cross and Mansfield will not negotiate on is etiquette. He acknowledges that he’s not a fancy establishment in Stowe, but there’s an atmosphere and tone he’s trying to set.

“I want this to be a place where families or women feel safe coming to eat and drink at,” Cross said. “No fighting will be tolerated. No rudeness. No second chances.”