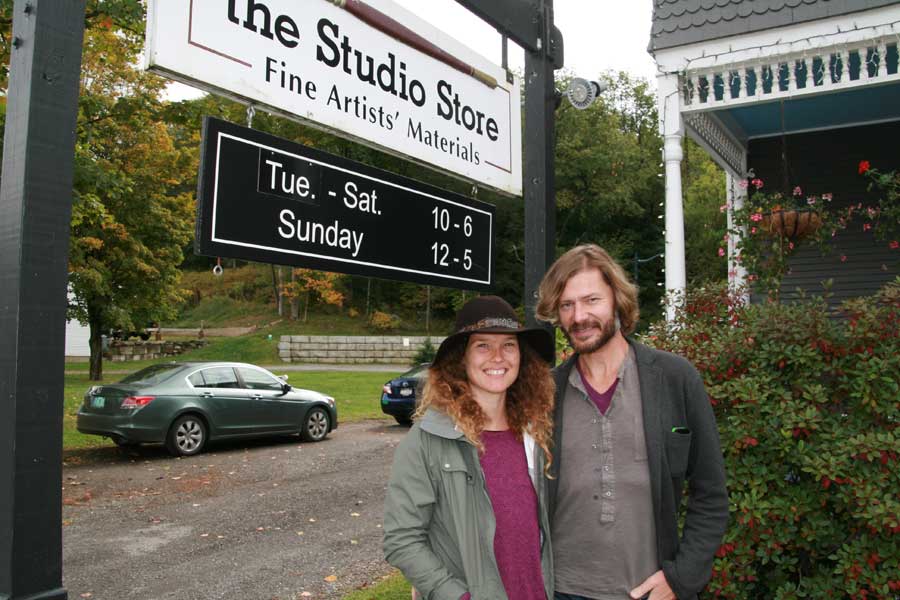 Studio Store owner Andrea Pearlman, who has owned the store for 30 years, is retiring, and selling the shop to Michael Mahnke.

Mahnke was originally a collections manager for the Dedalus Foundation, which focused on the preservation of modernism through art. For the past three years, he has been a director at the Wolf Kahn and Emily Mason Foundation. Through his work at the Wolf Kahn Foundation, Mahnke met his wife and decided to move to Johnson, around the same time that the Art Supply Store became available.

“I told Andrea when I knew her years ago to keep me in mind when she wanted to sell the art supply store and she did,” Mahnke said. “The rest is history.”

The official transfer of ownership is Oct. 3, but Mahnke has been in the store a lot recently to familiarize himself with the inventory before he takes over.

“My interest mostly is to keep it the same, because it is a good-running shop now and Andrea really understands her customers well,” said Mahnke. “I don’t want to make a real abrupt change from the beginning. I want to get to know the customers better, understand what their needs are and get to know the products better. I like where the store is in terms of its selection.”

The store started out small in 1984. It was originally located inside the Red Mill dining hall at the Studio Center. Eventually Perlman developed the store and relocated it into a back room off of her own home. Two years ago she purchased the current building and renovated it from a restaurant into the art shop it is today.

While keeping inventory similar, Mahnke plans to redecorate the store. He wants to eventually reorganize the store to create a more relaxed environment where artists can unwind and find inspiration.

“The most important thing I would like to do, because it’s sort of my area of expertise, is to be able to create a destination place and recurate the store,” says Mahnke.  “I want to have a seating area where people can look at art magazines… I want people to be able walk in, sit down, have some coffee, look the bulletin boards to see who’s showing where, and to read some quotes on the walls and appreciate the space. I think inspiration can start a lot of times when you initially go into the store… I love the idea of students coming down and starting the process of getting to know them and becoming the vehicle for their creativity. I think as most towns in this state are known for their food, this town is known for art and will be known for its art.”