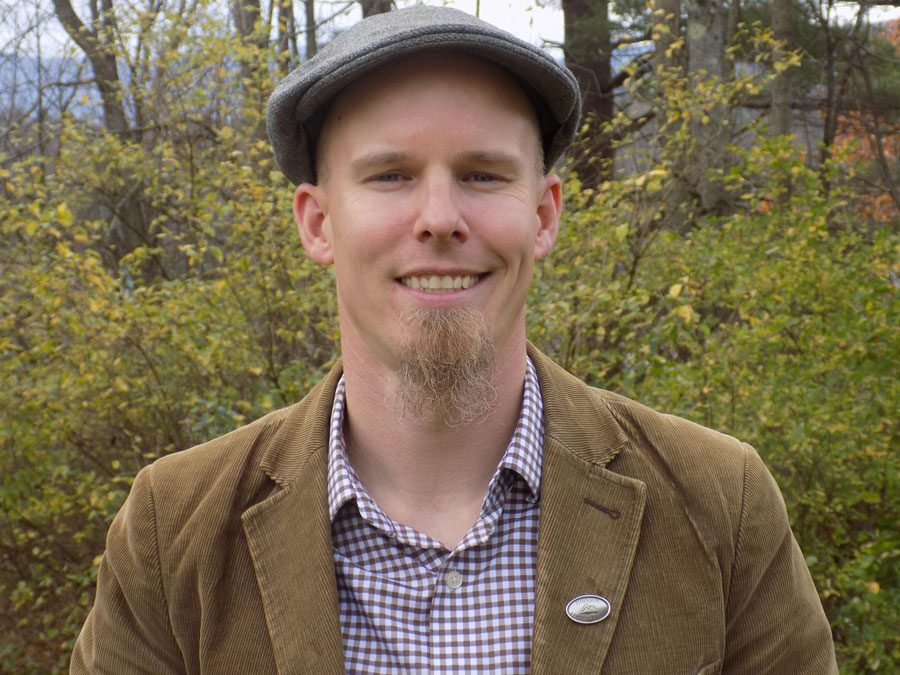 The semester’s end is drawing near and Northern Vermont University’s (NVU) unified general education program is emerging with a more streamlined path for future NVU students.

Supported by funds from the Davis grant from the Davis Educational Foundation, NVU’s Core Curriculum Team, comprised of four faculty from JSC and four from Lyndon, convened to plan and build a comprehensive gen-ed model by November.

A week earlier, said Twigg, LSC’s Faculty Assembly voted to postpone approval of the goals and learning outcomes until a later date before or during the final approval date of Nov. 14.

Twigg said the latest revisions to the “NVU Core Curriculum” create a more “holistic” program that will be easier to navigate.

To weld the core curriculum together between both campuses, the team identified three required courses alongside a consultant from the Association of American Colleges and Universities (AAC&U): an interdisciplinary climate change and sustainability-enriched course, and a unified first-year seminar and capstone course.

Twigg says requirements like Creative Audience will remain a part of the JSC curriculum and be considered for LSC’s in the future.

The first-year seminar, similar to JSC’s current version, will run on both campuses by fall ’18.

JSC Professor of Education Dr. Rob Schulze said that while JSC’s seminar will see only minor changes, LSC’s will assemble theirs from existing components to create a unified NVU program.

“Part of the difficulties about having things at two campuses is that some of them have different things that they’ve tried,” said Schulze. “They’re going to hopefully learn from what we’ve learned here and phase that part of the requirement in over [on their campus].”

The capstone course, which currently runs in the LSC curriculum, will synthesize students’ work with the gen-ed at the program’s end in their sophomore or junior year.

“Those three requirements . . . give students three opportunities to work on interdisciplinary or integrative learning,” said Twigg. “Which is the ability to look at an issue or problem, think about it from a different point of view and try to come up with solutions.

“Those are some of the hardest skills to learn with problem solving and creative thinking,” Twigg said. “Jobs kind of expect you to be able to do that, either independently or as part of the team.”

Of the three requirements, Twigg said that support for the three-credit climate change and sustainability course “grew with intensity” from team members. “Any knowledgeable and thoughtful person can engage with the science on a mainstream level and needs to,” she said. “I think our students can do that.”

With help from both campuses’ science departments, Twigg said she is confident that students, faculty and staff will engage with the topic in a number of ways, and draw on myriad disciplines.

LSC Assistant Professor of English and Core Team member Kristi Castleberry said the refined core curriculum gives her an opportunity to innovate as a professor and provide more flexibility for her students.

“I think it gives us a chance to build off of what each campus is doing well, but also to make each version even better,” said Castleberry. “A lot of the skills in college that are the most crucial and that are going to serve you in life that employers are looking for are what we’re thinking of as these core skills that show up in the gen-ed as well as in your major courses.”

Despite the challenges of creating a new gen-ed model on a tight schedule, Castleberry said the final product should represent perspectives from both campuses’ students, faculties, and staffs.

And while the creation of a unified curriculum features such nuance, NVU Provost Nolan Atkins said the process is more about refining the components of both campuses that already exist than beginning anew. “Both schools within the last five or six years have revised their gen-eds, so it’s not like we’re reinventing the wheel here,” said Atkins. “We’re building on a lot of good work that’s already happened. A lot of the people who are on that committee have been involved with that process.”

The implementation of the new courses, Atkins said, will be an evolving process next fall with both campuses emphasizing the courses and categories newest to them.

For example, JSC will have to integrate the aforementioned capstone course into its unified gen-ed curriculum, whereas LSC will assemble its first-year seminars from components it has.

“It’ll take some time to evolve it to final form and there might be pieces of it that just don’t work that will have to be reconfigured as we move forward,” said Atkins.

Parts of NVU’s Core Team have already held open meetings for students to inquire and engage with their new program.

But when asked about the level of student engagement, Schulze said he’d like to see more involvement with the program that affects them directly.

“The faculty will be teaching this, but it’s the students who will be learning it,” Schulze said, pointing to the core learning objectives he helped design to give students a more robust education.

Because a finalized model has yet to be seen by students, Twigg acknowledged that student interest might still see an uptick.

“Once it’s rolled out, people will start to pay attention to it more,” she said. “That’s totally understandable and that’s human nature. They seem to be feeling perfectly comfortable about that and don’t seem to be worried or anxious.”

After a series of open forums with faculties, students and staffs from both campuses, NVU’s Core Curriculum team will vote on the finalized model on Nov. 14.