IT department staffing changes and upcoming update to Moodle 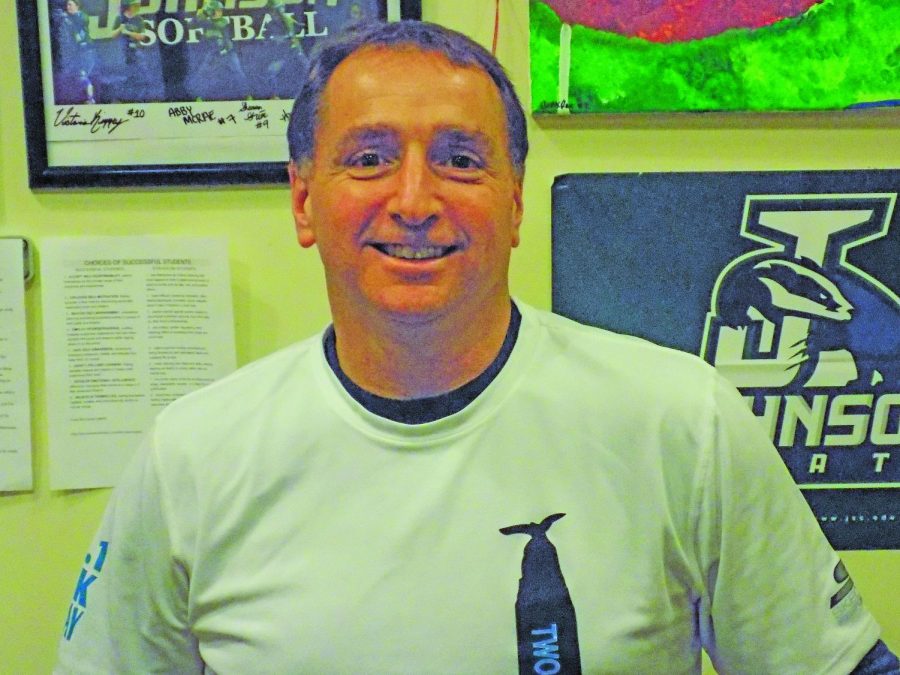 Gervais, a former technology coordinator for the Franklin Northeast Supervisory Union in Richford, has worked with JSC’s IT department since 2013 and previously assisted students, faculty and staff with “60 percent classroom technology” like projector and audio-visual fixes.

Now, Gervais is working as instructional support on programs like Moodle for professors and instructors of both campuses.

According to Gervais, the concept to shift his role to direct instructional support originally materialized last January. “It actually has been building in IT, specifically, not so much because of the NVU unification, but Lyndon has been looking for an instructional support person for a couple of years,” he said.

“They had a couple of different people in the position that didn’t work out for different reasons, so they were advertising again and they weren’t getting any candidates,” said Gervais. “So then we started looking at it and said, ‘If I could do both campuses’ instructional support, we could get somebody else to do classroom technology.’”

From January through March, both campuses’ IT departments were meeting as Northern Vermont University’s (NVU) under its Chief Technology Officer (CTO) Michael Dente. JSC’s previous CTO had been current JSC Dean of Administration Sharron Scott.

“Michael [Dente]’s big thing is that we do it as a team,” Gervais said. “He’s got several guys at Lyndon who can help us out here on campus in Johnson, and we’ve got guys and women at Johnson who can help out on Lyndon’s campus. So it was natural that we could also do the instructional technology in much the same way.”

Instead of hiring two different people for both campuses’ instructional support services, the IT department emphasized sharing resources via the technologies they already utilize.

As both campuses hurtle toward NVU’s inaugural semester, Gervais insists that this intercampus communication through Microsoft Teams and Skype is key.

The department reworked JSC’s and LSC’s phone systems into one by using each office’s five-digit extension number. Gervais said this move has saved both colleges money from phone company charges.

One of the first immediate changes on the way before both campuses’ spring ’18 semester will be an upgrade to Moodle 3.0, which Gervais says is the biggest transition faculty and staff will need to adjust to.

“So currently Moodle 2.8 is what I call ‘90s technology,” said Gervais. “…a lot of drop-down menus and a lot of older-looking themes. Moodle 3.0 is definitely a Web 2.0-looking option. You can scroll over and find things fairly easy, it’s a faster interface and it’s almost all user interface improvements.

“It’s like when you get a web browser update and things slightly change — they’re still there, but they look a little different,” he said. “There’s a lot of that: nicer looking themes, easier to read, easier to navigate. Features are essentially the same, so TurnItIn, let’s say, discussion boards and forums are the same, they just look different.”

The shift to Moodle 3.0 will occur on Dec. 28-29, according to Gervais, ahead of early January courses.
Building faster connected classrooms speeds for distance learning courses is another significant item that Gervais and the IT department are emphasizing, given that the demand for such courses has grown over the years. To improve such connections, Gervais said he is “99 percent” certain that NVU will be receiving the Rural Utility Services’ (RUS) federal grant for approximately $300,000 in equipment services.

“Let’s say you have the SAAC (Student Athletic Advisory Committee) athletic group, you could have the Lyndon and Johnson SAAC athletic groups getting together without getting in a bus and driving an hour,” said Gervais. “We have a lot of meetings with distance learning and it’s just going to grow with classrooms the more and more our teachers are getting used to teaching in front of a video conferencing camera. With this RUS grant, I think it will be even more ubiquitous.”

The grant will help establish more locations for both campuses to host more distance learning courses.
Ed. note: Neither NVU’s Chief Technology Officer (CTO) Michael Dente nor Coordinator of Instructional Technology Michael Carter could be reached for comment as of press time.