Call me by my name: Policy 315 instituted throughout the Vermont State Colleges System 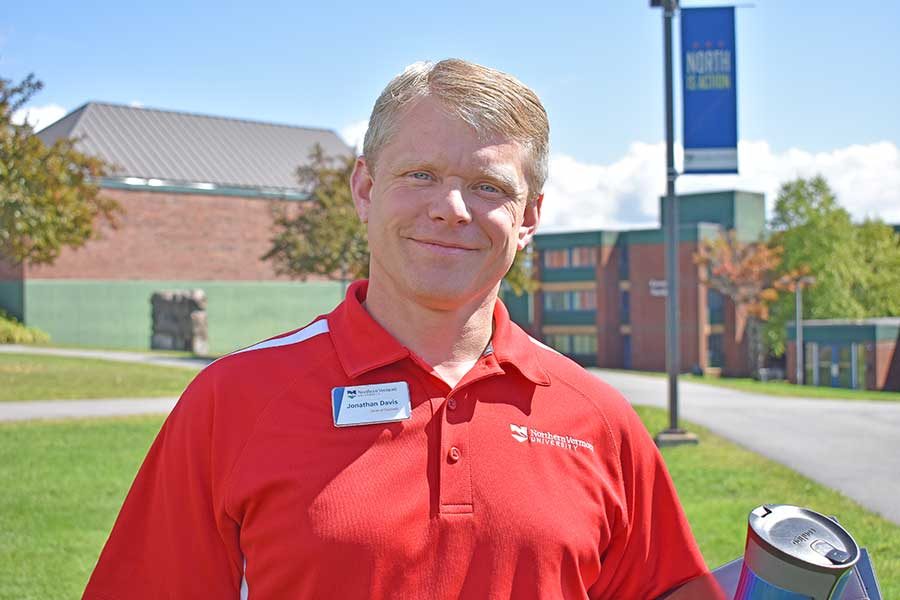 NVU Dean of Students Jonathan Davis has been in constant contact with the travelers who returned from Italy.

VSC Policy 315, a new Vermont State College System policy known as the Chosen Name policy, is providing a remedy for individuals who no longer identify with their birth name.

“The origin is from within the Vermont State College System, and several groups within the system over the last few years sort of chiming in to make sure that we were working on such a policy to make sure that our students, staff and faculty could have a preferred name in our administrative system that would then inform other systems such as email, class rosters, and things like that,” NVU Dean of Students Jonathan Davis said. “It has taken a couple years to develop that, but we are finally here and we have it now.”

According to Davis, “The rationale is that there are people whose legal name is not the name that they choose to be identified by for a myriad of reasons. We should have the mechanism to allow our students, staff and faculty to choose the name that they want to be known as.”

Under this new policy, establishing a chosen name has become much easier. “This system now allows that to happen without someone having to come and talk to an administrator like myself to say, ‘I would like to have my name for the record as…’ This system and this policy allows them to do that behind the scenes, which then informs the other systems,” Davis said.

This policy was enacted this past June and was spearheaded by Doug Eastman, the former NVU-Johnson registrar and a current system administrator for The Chancellor’s Office.

This policy applies to all faculty, staff, and students, Davis said.

A group of individuals which this policy particularly affects are members and allies of the LGBTQ+ community. “We are all individuals and people identify differently and I [feel]that it is really important to go by the name that somebody feels most comfortable with,” said Amy Nicewicz, president of NVUnity, the University’s LGBTQ+ advocacy and pride group. “This policy is incredibly important to me because I believe that we should all feel comfortable and safe in the environment here on campus and going by someone’s chosen name can really improve mental health and make them feel like they belong and decrease suicide rates. The individual will be happier being themselves and not having to hide who they are.”

According to Assistant Professor of Education and advisor to NVUnity, Hannah Miller, “this new policy is long overdue. “I think there are still some things I would like to see, for example, making sure that it is easy for students and transparent for students to understand how to use it, and also for faculty so we know how to advise students to use it they want to, but I think that it is a great first step,” Miller said. “To me it is important because I think that in order to be comfortable in a learning environment you have to know that you can be yourself and that the people around you know who you are and I think that being called your name and the pronouns that you want is an important part of feeling included and respected in the community.”

NVUnity Secretary Opal Savoy also appreciates the new policy, feeling it can have many positive results for the community, beginning with the individual. “I think that it is a really great thing that the university has done because that can be kind of a really painful thing for trans people to be kind of repeatedly reminded of the person they used to be,” Savoy said. “While it is not a legal change, I think it is a really great step in making people feel more comfortable and more welcomed in this space.

“Personally, I have legally changed my name, but if I had come to school even a couple years ago, it would have been a really big deal for me because, again, it is allowing me to identify as the person I want to as opposed to the person that it says on a piece of paper somewhere. It is a positive step for sure… I think it is good that the university stepped up to do that. It is super awesome.”