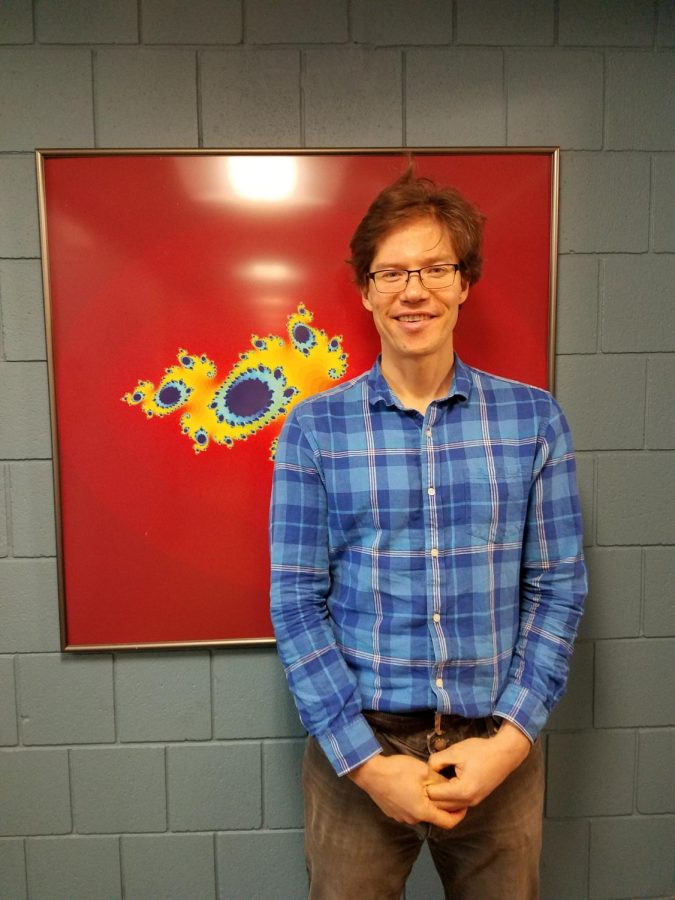 In December, the NVU-Johnson Faculty Assembly approved three new degree programs for fall 2020, following an endorsement in fall 2019 by the Vermont State Colleges Board of Trustees. Two of the programs, Professional Writing, Editing, and Publishing – which was featured in the Dec. 12 issue of Basement Medicine– and Performance Arts and Technology, will be NVU-Johnson specific while the third, Data Sciences, will be offered on both campuses.

Data Sciences will be directed by Gregory Petrics, associate professor in mathematics and Bradley Beth, assistant professor in computer sciences. From afar, the major looks similar to a Statistics major, but Petrics, says that there are some fundamental differences.

The degree will have a foundation of computer programming and use Java throughout the program.
Electives can be fulfilled with other data-based classes in other departments, including the business, mathematics, as well as the sciences, bringing many aspects of the data world together.

“In this way,” says Petrics, “you’re taking statistics, you’re taking computer programming, you’re taking mathematics and you’re even taking a fourth field and merging them together in an interdisciplinary way.”

Concentrations are not going to be offered yet, but Petrics says that if the program has enough popularity, hopefully, they can be developed.

The data that students will be using will be actual data from business partners around the area to create a very hands-on experience. “We’ve got some data from some local businesses,” says Petrics, “that is data they’ve used and analyzed using techniques from data sciences to make meaningful conclusions so they could improve their business functions.”

“The idea of this degree is to connect the needs of local businesses with our abilities to educate,” Petrics continues. “We want to make sure that we’re providing knowledge to students that businesses actually need.”

Some classes will be added to the department to complete the curriculum for the program.
Among them is Statistical Computing and R, which will be the sequel to the Stats course already offered, but will be using a different program than your average TI calculator or Excel. The program is called R and it uses computing language to do data analysis. Some students are currently in a trial run of the course.

A new first-year seminar will be added as well called the Visual Display of Quantitative Information, which will focus on famous displays of quantitative information.

According to Petrics, this would be a good course to take to see what the major might be like, and it is open to all students, not just Data Science majors.

The major will offer a variety of concentrations such as dance, immersive design, theater, music, and even social justice and activism.

Eddy says he’s excited about this concentration. “Every social movement has utilized the performing arts to get their message spread as far as possible,” says Eddy. “Parkland was started by a bunch of theater students. Occupy Wall Street had an incredible performance element. And on the flip side of this, a lot of the best work in the performing arts being created right now is political. The two cannot be separated.”

The major will bring together all aspects of the performing arts and production in a student-led, collaborative environment. According to the Policy 102 proposal for a new program approved by the trustees and the NVU-Johnson Faculty Assembly, “Student designers, musicians, dancers, theater makers, and actors work together with faculty advisors to engage in the creation of entirely new approaches to the generative arts and the creation of new works as well as reinterpretations of the classics.”

The productions created in the course will be performed at the end of each year, and the shows will be kept in NVU-Johnson’s archives.

The program was designed to be an immersive experience into the world of theater, but much of the focus will benefit students outside of that career path as well.

Eddy says that the program aims to prepare students for any kind of job they may want to have. “We did research on what are the most hirable traits for challenging and exciting jobs in 2020,” he says, “and the results confirmed what we already felt: the ability to collaborate, think creatively, and manage long term projects. These three traits are what we are focusing on with this new major.”

That being said, if students were interested in trying out the program or getting a couple of art credits, some of the new classes may be just as beneficial to a non-major. “I love when non-majors are in my classes because it always enlivens the conversation and brings in fresh and important perspectives,” says Eddy.

Among the new courses are a podcast course, a filmmaking with your phone course, and a Performance Art Practicum in which students will create short entirely original pieces each week. Eddy is very enthusiastic about the new programming and these classes are open to all students. He noted there is also the possibility of getting an animation course of some kind, but it is still in the early stages.
As of right now the program will only be offered on the NVU-Johnson campus.