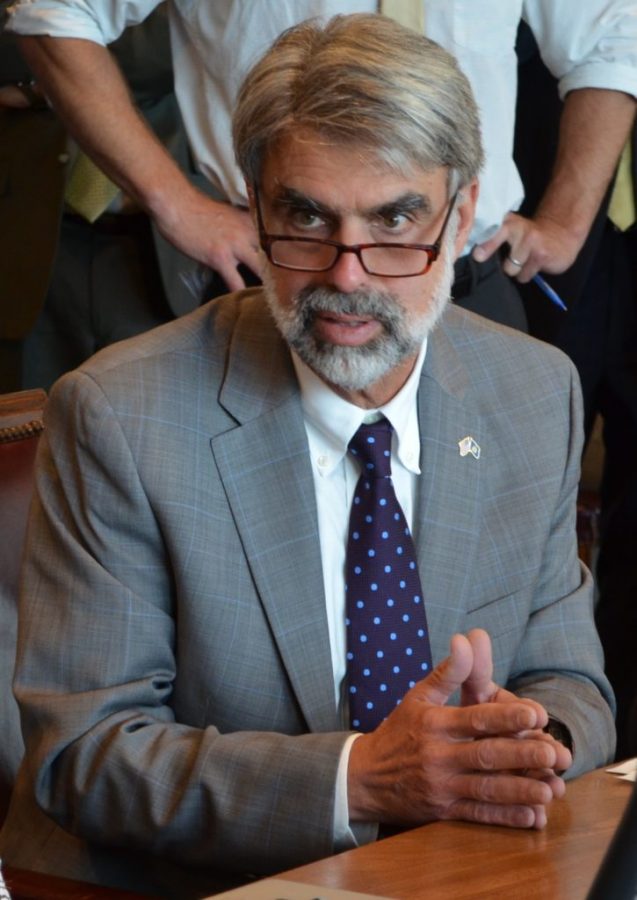 VSCS Chancellor Jeb Spaulding in 2017. Spaulding's plan to shutter 3 VSC campuses has been met with controversy and outrage.

After his proposal to close three VSCS colleges and a petition with over 2,000 signatures calling for his resignation, VSCS Chancellor Jeb Spaulding has announced via press release that he will step down. Spaulding has been chancellor of the system for just over five years.

According to the press release, Spaulding plans to submit his official resignation at a planned Board of Trustees meeting on April 29. The meeting can be viewed at vsc.edu/live.

In the release, Spaulding acknowledged that the VSCS would need new leadership in the age of COVID-19.

“It is with a heavy heart, but firm resolve that I submit my resignation as Chancellor of this incredible organization that I have been so privileged to lead,” said Spaulding. “…I realize that a fresh perspective and new leadership is necessary to move the VSCS forward in its mission. I will continue to do all I can to provide support in the transition and champion the System’s leaders as they work through the challenges ahead.”

VSCS General Counsel Sophie Zdatny will be appointed to a short-term position as Chancellor until a longer-term interim position can be appointed.

“We deeply appreciate Jeb’s extended career in service to Vermont and Vermonters.  We at the Vermont State Colleges System have valued his contributions as our Chancellor, and we wish him well as he charts his next course,” wrote Board Chairman J. Churchill Hindes.