A pane in the glass 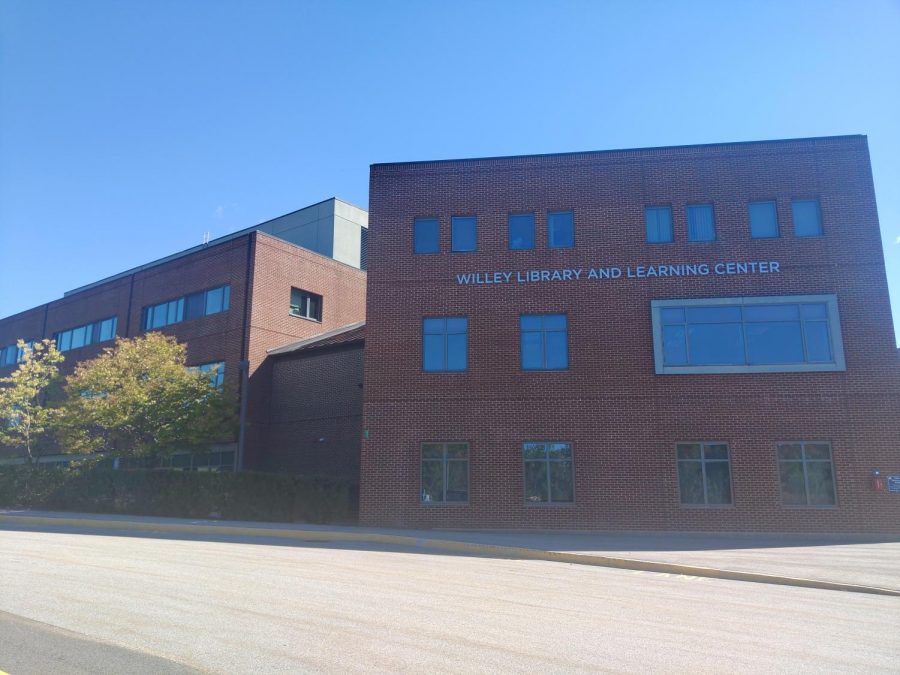 When will Willey’s wonky windows work?

Fix one problem, create another, or so it seems with the ongoing problems of the casement windows in the Willey Library and Learning Center, built in 1996.
A few years ago, it became apparent that the original insulated glass in the windows had begun to fail, resulting in ongoing fogging problems.
“We did change all the glass two years ago,” said Director of Facilities and Physical Plant, Michael Stevens, “[but] the window frames themselves are the originals from the building.”
And therein may lie the problem.
Following the retrofit, new issues materialized — namely that a lot of the windows now do not open, despite technically having the hardware to do so.
Stevens speculated that the movement that can occur while switching out glass panels could have caused the issue with opening and closing the windows, noting that the whole situation remains “in debate on our end,” referring to himself and his maintenance team.
According to Stevens, plans are underway to resolve the problem, noting that they have already fixed all the windows on the first floor and are seeking a team of window experts able to commit to the more difficult task of fixing windows higher up on the building.
Their next step is to contact an outside contractor from Milton to come and check out the windows after another company that was contacted declined to take on the job. “This window expert knew that to solve this problem would be challenging,” Stevens said.

It was a long, hot summer for those on the south side of Dewey, where the air conditioning had failed. This scene was set with fans strewn everywhere, sweaty offices and less-than-pleased staff members having to do work in a small, muggy space with little ventilation.
“Due to the high level of humidity and malfunctioning equipment, it was an uncomfortable office environment,” said Associate Dean of Students Michele Whitmore. “The addition of the loud fans that were placed in the building and in our office also created a disruptive working environment.”
Now, the heat wave is over, cooler weather is gracing the NVU-Johnson campus, and the air conditioning has been repaired to full working order, much to the relief of the Student Life, Career Services and Advising offices.
NVU Director of Facilities Michael Stevens attributed the summer breakdown to the system’s complexity and age. “If you just built those things and they ran, you wouldn’t need us [the maintenance team],” he said. “Some of these parts are up to twenty years old.”
With a system as complicated as the Dewey AC, things are bound to go wrong from time to time. “It’s just dynamic, it’s part of what we find fun [on the job],” Stevens said. “One of the last things we found is that on one of the units, a humidity and temperature sensor was failing, so that just wasn’t reading correctly… Sometimes it’s actually as simple as our computer tells us everything is perfect, but an occupant has a complaint.”