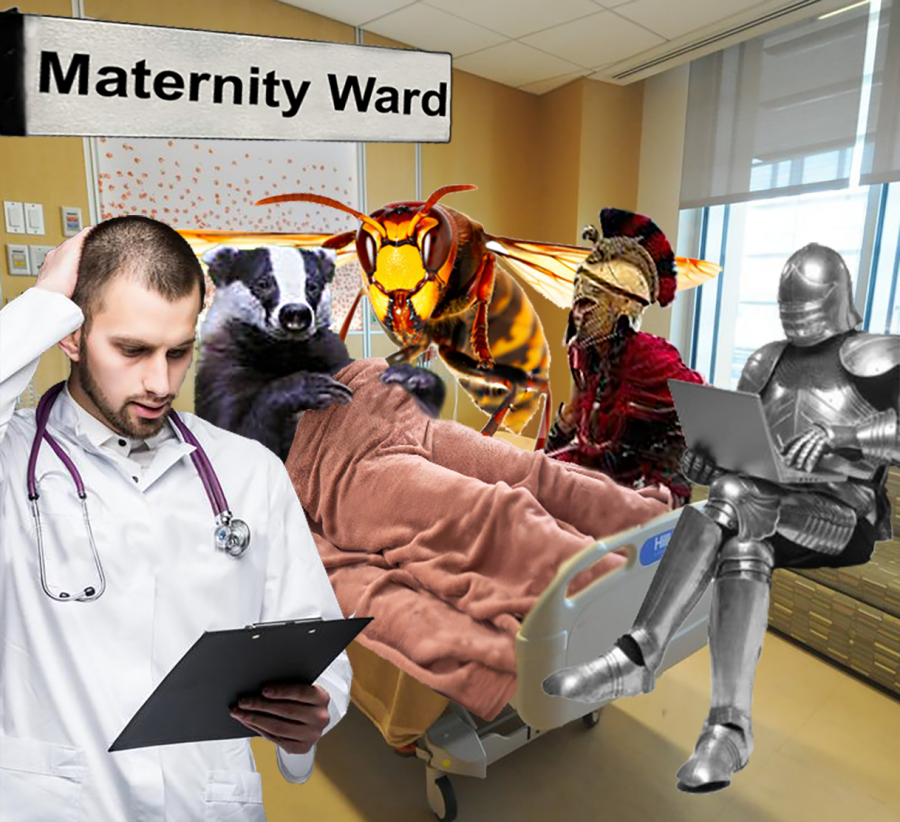 Following what amounted to a mandate from the Vermont Legislature, the VSCS set upon the process of uniting NVU, Castleton and Vermont Tech into a single, multiple-campus institution.
For its part, the Legislature has pledged a considerable increase in financial support for public higher education in Vermont, which ranks at the bottom of the 50 states in terms of funding. Whether the Legislature will sustain the increased funding is, at this point, unclear.
The process is complex, with many moving parts needing to be aligned, none more relevant to the student experience than the so-called optimization process in which academic programs across four campuses will be aligned. What exactly that means is becoming clear.
Over the past few months, the Vermont State Colleges have been hard at work in efforts aimed at optimization and unification of their four residential campuses. As the first part in an ongoing series covering the transformation, this article will survey the academic program array optimization.
During the summer, over 85 faculty across the VSCS were organized into 13 working groups dedicated to unifying the plethora of programs that are currently offered. In pursuit of that goal, over 250 majors across the system have been consolidated into 101 aligned programs.
Yasmine Ziesler, the chief academic officer for the VSCS, has helped coordinate much of the transformation work done over the summer, especially regarding program unification. Ziesler also secured a $281,000 grant from the Davis Educational Foundation to compensate faculty members for their work during that time.
“The goal was to get to the first draft of a new program portfolio — one that was sort of aligned as a single institution [and] streamlined a little bit, because we had a lot of complexity in our existing programs…” Ziesler said. “We want an academic portfolio that prioritizes student success in our programs, that prioritizes statewide access for students, and that that meets a sort of financial sustainability,” Ziesler said.
Cost, quality, and access have been the driving forces behind consolidation efforts and recent optimization work. With these goals in mind, members of NVU-J’s faculty worked with their colleagues from Lyndon, Castleton, and Vermont Tech to unify their departmental programs.
“We, because of unification at Johnson and Lyndon, already knew our Lyndon colleagues, but we didn’t know our Castleton colleagues,” said Assistant Professor and Chair of Education, Hannah Miller. Miller said the opportunity to work with new faces and finally meet these distant coworkers was rewarding.
“We felt stronger in numbers,” she said. “It was nice to have new areas of expertise join our department, and for the first time, I could envision one, unified department with all of us together, and it felt really good.”

As part of the education working group, Miller took part in consolidating the several campus’s takes on a major designed to educate future teachers. When the new university launches in 2023, it will have a single education program across all its campuses.
Under the new program, students in childhood and early childhood education will also receive a special education endorsement. Miller said this one of the most exciting and useful parts of the new program.
“If they take a classroom job, they’ll be better at supporting the needs of all the learners in their classroom…” she said. “If they take special education jobs, they will understand what classroom teachers’ lives are like, and they’ll be able to better work with them.”
NVU-J Professor of Anthropology and Sociology Janet Bennion also found the optimization work to be a generally beneficial effort. “It’s a mild miracle…” she said, “just to see people be able to overcome their differences and their rivalries and actually be engaged in compassionate collaboration.”

One significant change the anthropology program will see for Johnson students is the introduction of archaeology to its course selection. Bennion said the expertise of Castleton’s professors doesn’t always overlap with those of NVU’s, which will be a boon for students seeking a more diverse curriculum.
As part of three working groups — sociology, anthropology and global studies — Bennion has plenty of experience with the process. While she views the efforts and intentions as mostly positive, she does have some gripes with the execution of optimization efforts.
“There are programs that are crucial to a solid, comprehensive liberal arts and science education,” Bennion said. “They may not have high numbers… yet they are integral to this lifelong learning goal to shape a student into becoming more than just an employee at a job… so they can deal with relationships, so they can understand the beauty of this world, so they can figure out skills and critical thinking.”
Bennion described this as “tyranny of the metrics,” where focus on the numbers, values and data can preclude or diminish the human experience that college and university offer their students.
Brad Moskowitz coordinates the Outdoor Education, Leadership, & Tourism program at NVU-Johnson, and he certainly felt this effect when doing optimization work during the summer.
According to Moskowitz, administration provided early advice to his working group on preserving the program. “The recommendation was to consolidate the program to one campus — that campus being Lyndon… and to only offer two concentrations,” he said.

The concentrations that the major will still offer are mountain reserve management and adventure education, the two currently available at NVU-Lyndon. Currently enrolled Johnson students will still be able to graduate in their concentration on their home campus.
Moskowitz has lived and worked in Johnson for 22 years and said the original outdoor education program was historically one of Johnson State College’s most enrolled majors. Now, he’s expecting to shift toward working primarily from Lyndon’s campus once the newly consolidated university emerges in 2023.
“I feel a sense of loss for the Johnson campus,” Moskowitz said. “I think that our students and the program had brought a lot to this place — just an energy and positivity that helped to create an identity for NVU-Johnson and Johnson State College for many, many years.”
Moskowitz said when he first starting teaching Outdoor Education for Johnson state college in the late 90’s, there were often hundreds of students in the program, but enrollment for the OELT program has been much lower.
“We only have like five new majors on this campus this year,” he said. “Those numbers are pretty startling, where we used to have 30 to 40 new students consistently… I think they missed an opportunity to capitalize on what we had.
“I think that we, potentially, were a program that this college and this campus was known for… but I don’t think the program was marketed very effectively. I don’t think the campus latched on as outdoor education being a signature program for the college.
“We didn’t get any support — no more faculty members, no more professional staff to support the program, so I don’t think we were able to grow and continue that significant number of students that we had just because the college didn’t invest.”
While he’s trying to maintain an optimistic outlook, Moskowitz said, “I think there were other options. They didn’t get much exploration because there was a very large sense of urgency being placed — on me, quite frankly — to get on board.”
Despite this, Moskowitz believes “there’s also tremendous opportunity for students to have the faculty that are currently at Lyndon along with me there working with them.” He hopes that the combined efforts of himself and Lyndon’s three OELT professors will lead the program to “attract more students and thrive in the future.”
Miller also commented on the emotional difficulty of these efforts, saying that NVU’s faculty are suffering from “unification fatigue.” She said within the context of the pandemic and threats of campus closures, the exciting parts of unification are weighed down by confusion and anxiety.
She said faculty are working to support students as they struggle with this as well. “The amount of uncertainty and stress that our students are navigating means that we need to be much more student-centered in our work right now, while we’re also being asked to redesign the institutions,” Miller said.
Ziesler acknowledged the amount of work being placed on professors as part of unification. “It was a very hard thing to do, to have to say to people… ‘I know how hard you’ve worked all year long, how exhausted you are. You’ve been zooming day-in and day-out, and here’s this other really, really big project that we need to tackle.’”
Julie Theoret is co-chair of the mathematics department at NVU-J, and she also coordinates the interdisciplinary studies program for the campus. Theoret was member to working groups for both of these programs. She said interdisciplinary studies, being so customizable, will see only minor changes. For most of the program’s students, the biggest difference they might notice is that students from other campuses are participating in their senior seminar.

However, she said the unified psychology program that her working group developed will give students across the VSCS far more options.
“The interesting thing about the psychology faculty across the system, particularly when you look at Johnson and Castleton, is we have no overlapping expertise,” Mireault said. “So, merging or unifying with Castleton is a huge boon to psychology students, because we are gaining colleagues and faculty who have expertise different than what we have on Johnson’s campus. And similarly, they make at Castleton the same gain.”
Mireault said NVU has allowed students to concentrate in health and sports psychology, but because of optimization efforts, it’s unclear if this will continue to be available to students.
She said the initial suggestions for consolidation recommended the concentration be cut.
However, Mireault said that she feels that rpkGROUP — the advising entity whose transformation suggestions were accepted by the chancellor’s office — didn’t seem to understand the true nature of the situation.
“All that means is, instead of spending their five electives in Psych with us, [students] can go spend them over in health sciences…” she said. “We let them and the administration know this program doesn’t cost any money…
“Emily and Nora are teaching those courses anyway. All we’re doing is helping their enrollment. We’re hurting our own, but we’re helping their enrollment… by letting students go over there, and we’re letting students follow their interests.”
Both within individual programs and across the VSCS as a whole, uncertainty seems to be a significant opposing force. Atkins said another challenge he sees is the short span of time the VSCS has been allotted to make these sweeping changes.
“We’re going to enroll the first class in fall of 2023,” Atkins said. “So, if we back out, then we’ve got to know what programs those students are going to matriculate in by the spring of 2022, because they’ll be juniors then.”
Having the entire program array decided for a single university with four campuses will be an arduous process, and it’s just one of the first steps.

“I think it’s important for students to know how hard their professors are working on their behalf…” Ziesler said. “If there’s anything I want students to know, it’s just how much their professors are caring about them and thinking about them as they say do this program work.”
Ziesler recommended that students reach out to professors with comments or concerns, as well as encouraging them to get involved with the student advisory council. Students can also submit feedback through a form at the bottom of the VSCS transformation page.
“Any kind of change on this scale is difficult and hard,” Atkins said, “and by and large, the faculty are really stepping up and doing a tremendous job with this work… It’s going to continue to be challenging, but just so long as we’re all working together and pulling in the same direction, we can do this. We will do it.”