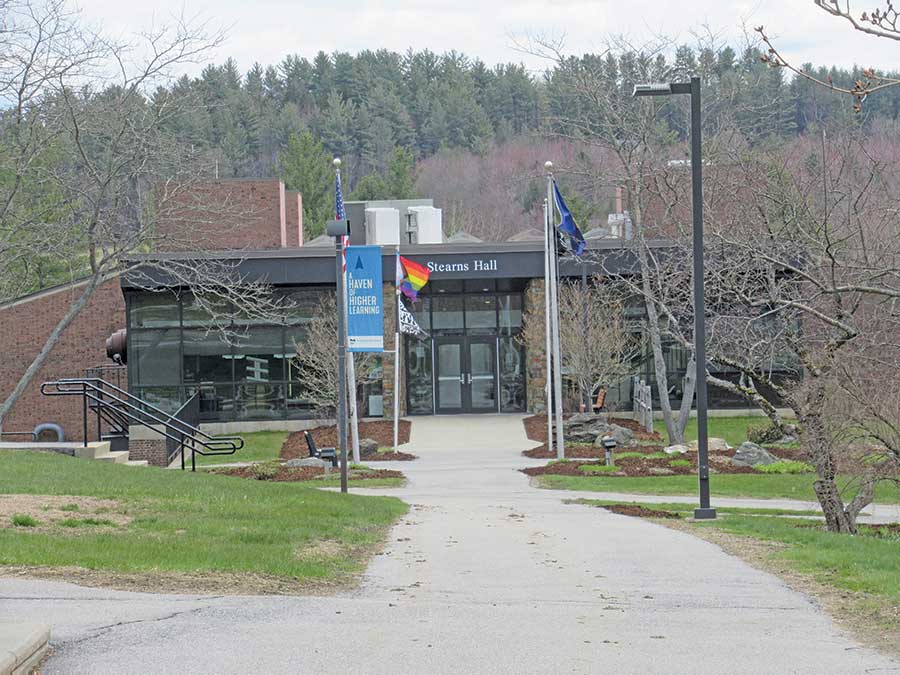 Come July, Northern Vermont University will be known as Vermont State University-Johnson Campus, a single node among five bearing the same name in a unification process that reflects the state’s effort to make its colleges efficient and sustainable.

Last week, the Vermont State Colleges System announced a new president, Parwinder Grewal, who will preside over all the state university campuses. Grewal has a background in biotechnology and development and is an expert in disease-transmitting roundworms, but crucially also presided over the merger of a group of universities based across multiple campuses and communities in Texas.

Under Grewal’s leadership, the current Northern Vermont University, Castleton University and Vermont Technical College will shift into the future Vermont State University, which will welcome its first class in fall 2023.

Representatives from the state college system led by chancellor Sophie Zdatny paid a visit to the Johnson Selectboard April 18 to inform them of Grewal’s hiring and reassure them of the university’s viability as structural shifts get underway.

Selectboard members would have good reason to be concerned. It was only two years ago that the former state college system chancellor, Jeb Spaulding, stepped down after his proposal to shut down college campuses in Johnson, Lyndon and Randolph was met with massive outcry from municipal officials and residents alike.

Though the campuses were never closed, even raising the specter of such a move posed an existential threat to the town of Johnson. Not only does the village rely on the university as a ratepayer, taxpayer and general economic engine, the town counts the college as an essential part of its identity.

Selectboard members peppered Zdatny with questions at their latest meeting to educate themselves on the financial status and long-term viability of the state university system while offering to help in whatever way possible.

In selectboard elections on March Town Meeting Day and in the village board of trustees election earlier this month, nearly every candidate called the viability of Johnson’s university a major concern.

Zdatny said part of the university’s plan for success would be to serve many non-traditional students, those outside of the typical 18-to-24-year-old market, which she said comprise two thirds of all students seeking higher education across the country.

The drop in on-campus residential students was equally precipitous, from 902 students in the 2019-2020 school year to 605 students this year.

Board chair Beth Foy and member Mark Woodward expressed concerns around student retention and asked the university about the challenges in recruiting traditionally aged students. Foy said she’s satisfied that the new university system planned to establish relationships and recruitment networks at local high schools across the state.

In a later interview, Zdatny elaborated on the challenges in recruiting younger students. Though state universities have frozen tuition costs over the past few years and have worked to lower the cost as a barrier, certain harsh truths remain. There’s a dearth of young people to recruit from in Vermont and she anticipates a further drop in coming years, a residual effect from a sharp decrease in the birth-rate nationwide following the 2008 recession.

“We certainly will continue to reach out and to market to traditional high school-age students,” she said. “As a state, we do have a significant number of students that graduate from high school and do not go on to higher education. So that is an opportunity for us to really encourage students to think about continuing some form of higher education.”

A concern of selectboard member Eric Osgood is that the college president won’t be located on campus. Grewal’s primary offices will be at the Randolph campus due to its central location, Zdatny said. Day-to-day oversight will likely be delegated to an on-campus representative.

Selectboard members also asked about the future role of liberal arts at the university, which has been known for its arts programs and as a teacher’s college, and Zdatny reassured the board that liberal arts would continue to have a role at the Johnson campus.

She also touted the Lyndon and Johnson campuses’ living and working community effort where students at the campuses take up paid internships with businesses in the community, a program partially funded by a $3.5 million gift last fall by Lyndon alumnus Mark Valade, CEO of the outdoor clothing brand Carhartt.

At a university open house last weekend, two students in the program discussed their experiences with the program. Patrick Regels is currently working therapeutically with a child diagnosed with selective mutism at a local elementary school and Zach Burke spoke about his internship with the Vermont Center on Behavior and Health working on federally funded addiction studies.

Though the tenor of the meeting was generally forward looking and hopeful, Zdatny and her colleagues warned the board that the crisis of 2020 had shaken confidence in the college system as a whole and restoring confidence will take time.

“In this day and age, the bad news travels really fast and the good news doesn’t seem to travel quite as quickly or quite as far,” Zdatny said. “It is really important that people understand that the campuses are still open, we plan to support them moving forward and we’re going to be staying in these communities.”
Funding assurance

Lamoille County Sen. Richard Westman, who attended last week’s selectboard meeting, said the state has stepped up funding after the 2020 state college crisis to ensure the program is on the right track.

“I think it’s fair to say that the state, up until three years ago, had not funded higher education adequately. We were someplace 49th or 50th in the country in our funding for higher education.”

Westman noted that the House and Senate agreed to apportion $10 million in base funding of the university system this year alone and over $100 million in scholarship and grant programs, not to mention the millions legislators have already poured into reorganization.

This article appears courtesy of the News and Citizen