A tale of passion, faith and f-bombs 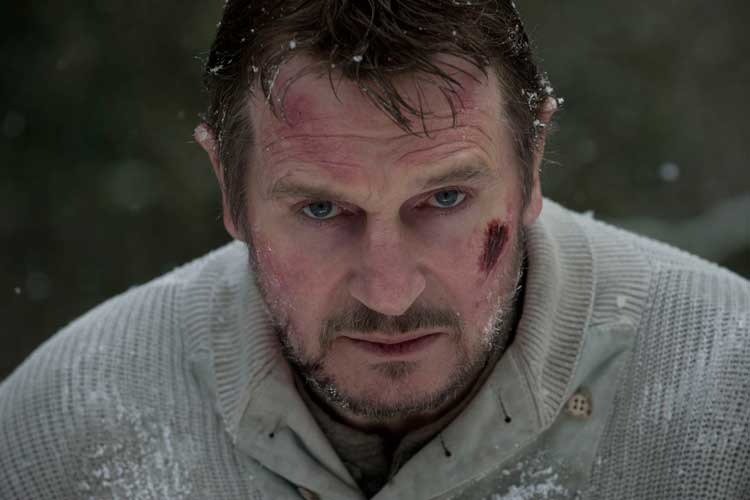 Horror movie tropes come in many forms. Be it a lustful vampire, a dream-leeching murderer or a psychopathic killer, Hollywood has been able to chill audiences with anything. However, in recent years producers have figured out that the evolution of the scare needs reconstructing. But how do they expect to secure originality and sustainable entertainment?

There’s no easy answer. Horror movies, for the most part, are made by independent film companies, small branches of production companies, and are usually sent straight to VOD/DVD. One great horror movie can be cropped from a decade’s worth of horror movies. Horror is difficult to sell. Horror tropes have become stale.

That being said, Open Road productions helped finance Joe Carnahan’s (“The A-Team,” “Smoking Aces”) “The Grey,” which he wrote and directed, the newest horror phenom. It could be the boost the horror genre needs.

It’s a movie about survival, about being a human in a sobered reality dealing with the world in a gritty, realistic way. “The Grey” is a manly film, a heart-throbbing experience for viewers, starring Liam Nesson as Ottway, an ex-convict working for an Alaskan oil drilling team. Their plane crashes in the wild while flying to a drill site. Only a handful of men survive the crash.

Ottway leads the men through the Alaskan sticks, taking on a survivalist leader role. If not for a hungry pack of wolves, Ottway could have led the men to salvation. But the wilderness is harsh and unforgiving. If Ernest Hemingway, Jack London and Edgar Allan Poe had a modestly brilliant son, he’d grow up to become Liam Neeson in “The Grey.”

The film received hype before its debut on Jan. 27. Neeson has made a late push in his acting career by securing lead and character roles that have audiences flocking to his films. His latest hit, “Taken,” an action-packed thriller that painted his character in a superheroic light without the supernatural powers, rejuvenated his popularity. “Taken” is similar to a lot of Neeson’s lead roles: a man facing human adversities in the world we all know.

The film felt like poetry. Also like poetry, the score, a beautiful instrument ensemble, incorporated dull base sounds and striking authoritative notes that demanded audience attention. The score was astonishingly powerful alongside excellent acting, an homage to contemporary art and newfound tropes.

The film’s dialogue, like its score, proved to be strikingly authoritative. Ottway is referred to as “a big f—— Irish man,” by a supporting actor in the film. Ottway’s standalone best line is, “You f— with us. We’ll f— with you,”—the word “f—” is uttered more times than Limp Bizkit had a chance to say in their CD “Chocolate Star Fish and Hotdog Flavored Water.” The dialogue felt free of hackneyed, contrived language. Picture eight ex-convicts trapped in the Alaskan wilderness and tell me you won’t hear ANY profanity. If God made us in his image, then Liam Nesson uttering a “f— you” to a pack of wolves must be the holy word. Believe it or not, “The Grey” received an R rating.

The gore is grizzly and breathtakingly realistic. I still cringe when recalling the scene where Ben Bray’s character takes a leak by the side of the plane wreckage when a wolf emerges from the darkness and tears Bray’s manhood apart. The make-up and special FX intestines strewn around Bray’s corpse made my stomach turn.

Yet there was a lot more to “The Grey” than gratuitous violence and profane language. Throughout the entire movie runs the theme of death, the questioning of faith, the confusion over identity and the memory of loss. “The Grey” is a human-interest film that only the horror genre could have exposed.

Aside from Neeson’s lack of Doublemint gum (“Dirty mouths?”), I had no problem with the profanity.

The problem I struggled with was the film’s specific genre. I thought, “This is an action-packed thriller, or maybe a violent drama.” Actually, it’s a hybrid of the two, along with a bit of horror, like a mutilated deer on the side of the road. It seemed so similar to David Cronenberg’s “A History of Violence.”

“The Grey” is a spectacle of brilliance, a ballsy cinematic attempt to test our interests in actual horror, the stuff nightmares are made of. Neeson and company bring their audiences along for the trip, a backpacking hike through the Alaskan sticks. If the wolves don’t kill them, then wolves will surely be around to pick up the scraps.