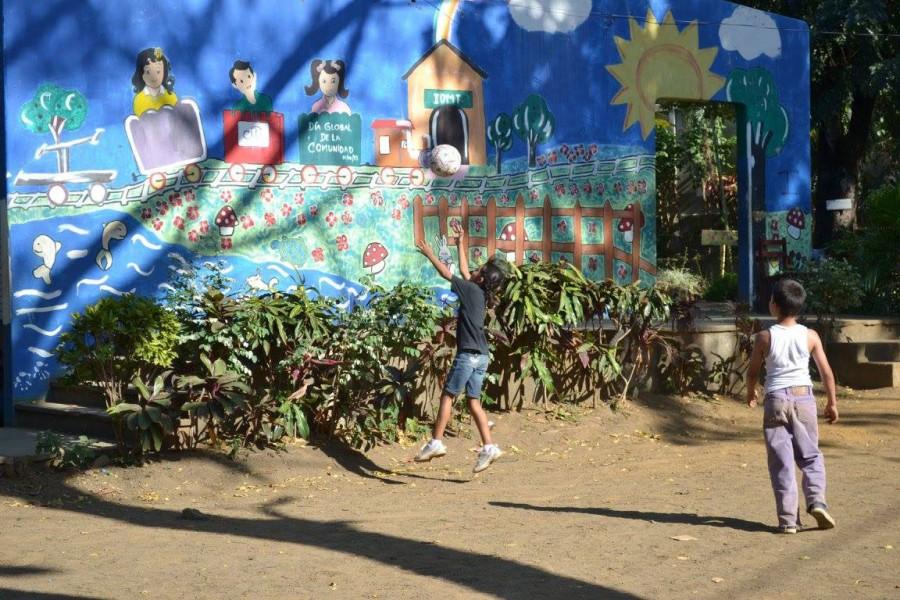 This past break, a group from Johnson State College Badger Alternative Breaks went to Nicaragua as a part of their Education for All program.

Centered in Monte Tabor, a small community outside of the capital city of Managua, the trip was focused on building from the ground up. In this particular case, the group was improving a school, as well as educating some of the local children.

The BAB group was comprised mainly of students, with Erica Fuller and Emma English as the leaders.

The premise for the trip was built with a social issue focus, which was access to education. “We are a part of the Nicaragua Compact with Panorama Service Expeditions where we have signed a contract to ensure we will visit and serve in Nicaragua again,” said Erica Fuller, one of the leaders of this trip.
Panorama also does work with a variety of projects in Nicaragua, of which education is just one of many. “Others include healthcare, clean water access, housing, and more,” said Fuller.

While in Monte Tabor, the group spent the week working at El Instituto Diocesano, constructing bookshelves and painting the structural supports of a classroom in an effort to and prevent rusting.

“Before, when we got there, it was simply three un-sanded and unvarnished shelves, just sitting there stocked full of books,” said Ellen Johnson, a senior at JSC and member of this BAB trip. “And now there is nine plus bookshelves all full of books, and adequately sorted and varnished. They are just beautiful now.”

The group also ran an afterschool program for children aged 3-13. “Along in the afterschool program, I know we did some math, reading and English/Spanish skills as well,” said senior Lori Molin. Johnson added, “We tried to integrate it in a way that was both fun, but also still educational.”

As well as serving the community by refurbishing the school, the group donated $200 and about 250 pounds of school supplies.

But it wasn’t all work with no play. There was also a cultural day where the group visited the nearby cities of Las Caterinas, Grenada, and Managua, as well as Lake Nicaragua.

“In these places we had the opportunity to explore, eat local foods, shop and enjoy beautiful Nicaragua,” said Fuller.

There were positive and negative sides to going on this trip. “My favorite part of the trip, I would say, was interacting with the community,” said Molin. “Because not only the kids we work with, but community members came and we got to talk and interact with them. And to see how Panorama helps everybody in the communities, like sponsoring kids or families and stuff like that.”

“It was very rewarding,” said Johnson, “and I wasn’t sure how much of a difference we were going to make when we originally went down. But then when we went down, it really felt like we did a lot.”

For others, some of the negative aspects were getting sick, or having to come back home. “I got pretty sick at the end of the trip which caused me to miss the farewell ceremony. That was definitely my least favorite part,” said Katie Place.

“Coming home is always the bummer,” said Fuller. “So much goes into these experiences, and a week never seems long enough. I wish we could serve there for a whole semester. It’s a life changing opportunity and I hope that it is an opportunity students continue to take advantage of.”

Some members of this trip said that they want to return to Nicaragua and do another program, either educational or otherwise.

“I would be very interested in returning to Ometepe working with clean water solutions, or Monte Tabor working on access to education,” said Fuller. “Additionally I would also be interested in helping with one of Panoramas other experiences in Santa Julia working on a coffee farm.”

When it was time to leave Nicaragua, and head back to the icy wastes of Vermont, there was the farewell ceremony.

“[It] was basically the same thing as the afterschool program, but instead we got to serve the kids that we worked with all week, food and drink,” said Johnson. “There was a ceremony where we got certificates of service, and it felt like we really made a difference, and were appreciated.”