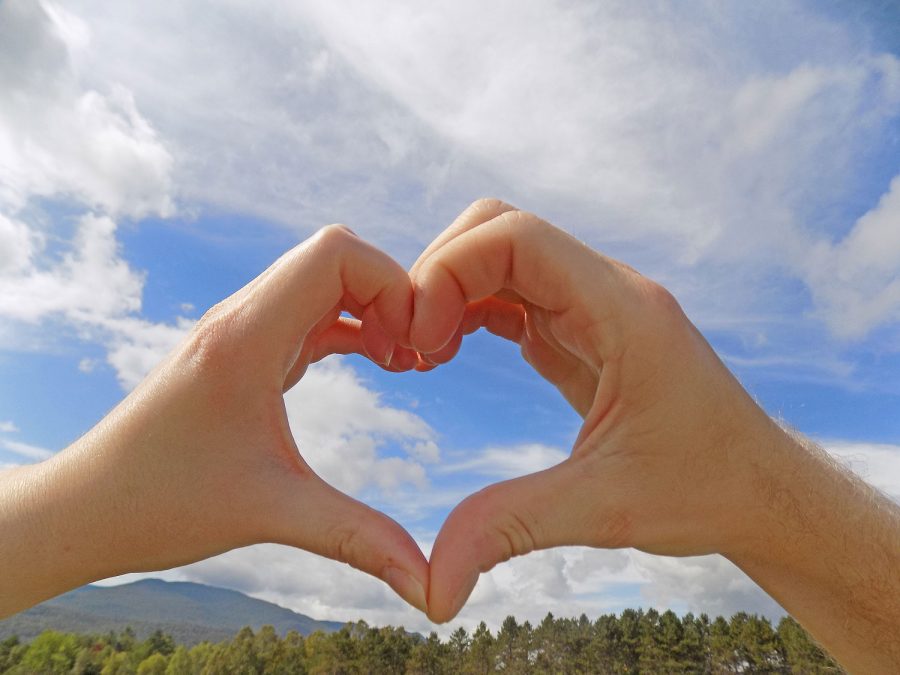 The hands of two separated lovers, reunited at last

Maintaining a relationship in college over long distances while balancing extracurricular activity and schoolwork can feel overwhelming. Intimacy can become infrequent and conversations might dwindle to a few minutes a night if you have loads of schoolwork. This physical and emotional separation, however, does not have to doom your relationship if your significant other lives on a campus far, far away.

Many students, myself included, are currently living away from their partners. My situation is less extreme, as Erica, my girlfriend of a year and four months, is stationed merely an hour away from me.

Some symptoms of long-distance dating can be remedied with basic phone calls and early morning messages wishing each other well for the day. Still, an emotional crater forms in my mind with the asymmetry of my empty bedsheets in the morning as I remember how close we are without being able to touch each other.

Such “emotional craters” can manifest themselves in the form of frustration and depression during a long day of classes. Through the use of wacky Snapchat stories and videos, Skype and simple texts, Erica and I have learned that expressing our expectations, establishing forms of communication, and acknowledging and appreciating our individual social lives have greatly eased our worries as a couple.

If there is anything I have learned about having a relationship away from Johnson, it is that one hour is one hour. It is still relatively easy for Erica to visit me on the weekends. Jenny Diver, a senior at Johnson, currently lives a 30-hour drive away from her boyfriend, Josh, who attends school at Fort Lewis College in Durango, Colorado. Diver acknowledges the distance as an obstacle, but comes to Johnson having lived away from her partner before.

“We never had any issues with mistrust or frustration,” said Diver. “It was more centered along the lines of a yearning. Our relationship is packed full of trust and love, even with the long distance and even though we only saw each other once a month during that first year. The only issue was the physical yearning to just be near [him] again.”

Johnson student Brie Carleton can also attest to the struggles of extreme distance. Carleton’s significant other, James, usually attends the University of Dallas, but he is currently studying abroad in Rome, Italy.
Carleton said that having faith in her relationship, in addition to a solid Internet connection, is what maintains a healthy balance between schoolwork and intimacy. She acknowledged that communicating your concerns and insecurities also helps generate a healthy conversation.

“Last year, we would usually communicate via Facebook messenger or Skype, but with my schedule and homework load it was tricky,” Carleton said. “Now, since he’s in Italy, we can’t communicate easily. We still use Facebook, but the Internet he has access to isn’t capable of letting him Skype me. If we’re within Internet range, we send each other pictures, usually silly, unimportant things.

“I’m not overly an emotional person, but sometimes the distance is tough,” she added. “I really miss him some days, but I always keep in mind that as soon as we’re both out of college, we’ll probably move in together. Knowing this, the little conversations we have and just knowing that he’s happy, let me get through the tougher times.”

Anthropology and sociology major Aggie Fredette recognizes, like Diver and Carleton, that the desire to be near her partner, Mitchell, can be the hardest part of living away from him in college.

“It’s hard to not see your best friend and significant other as often as you want to,” Fredette said. “With us being four-and-a-half hours apart, we really had a hard time figuring out when we could visit each other, since we both had obligations, such as school. We have to take care of ourselves. We couldn’t always have the weekend off to travel four-and-a-half hours.

“We just miss each other a lot and that can create stress and a feeling of disconnect,” Fredette added. “Sometimes, all you need at the end of the day is to sit down next to your significant other and relax together, and talk about the little things throughout the day.”

In the time we spend apart from our significant others, we sometimes have to be more creative and playful to keep the mood upbeat. Diver said that keeping the fun alive is important for healthy communication throughout the semester.

“We also write letters to each other,” Diver added. “So it’s not just phone calls. We will write a random letter. There have even been letters where it’s two pages but one of them is just a big doodle and the other just says ‘I love you.’

“For me, it’s remembering that they’re not gone and they’re not inaccessible. They’re still there and I’ll still end up seeing them again,” she continued. “Something Josh and I always say is that the longer we spend apart, the more cherished, valuable and intimate the next moment will be.”

Whether you are separated by four hours, a few days, an entire ocean or just one hour, in the case of my relationship, it is challenging to live apart from those we usually turn to for support during our emotional pitfalls. Using Snapchat, writing letters and watching Netflix over Skype together — as Fredette recommends — are just some of the various methods to remain close to your significant other when they are not present physically.