Ten years of My Chemical Romance 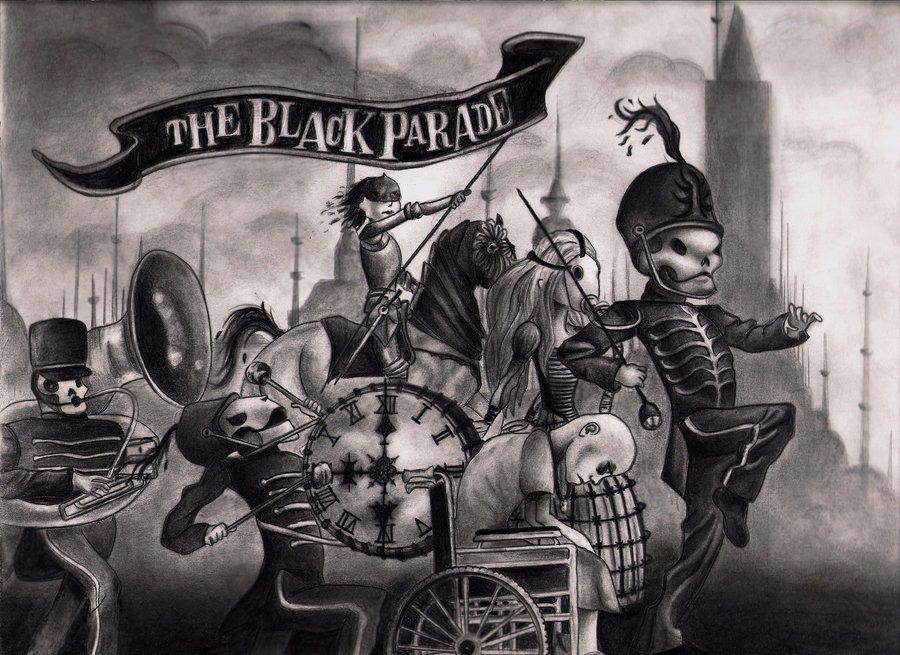 My Chemical Romance’s third record, “The Black Parade,” was a transitional phase in my life. At age 13, I was already immersed in all of the theatric, rock-based music I could find, yet “The Black Parade” was a different kind of experience for me. This record opened my mind to new subcultures within the rock genre.

My Chemical Romance’s “The Black Parade” helped me understand my troubles at an early age when others would pass them off as petty and over-reactive. This was all happening at a time when nothing else was getting through to me at an emotional level. It was this medium that captured my imagination enough to keep me writing about it today.

Similar to Green Day’s 2004 classic “American Idiot,” 2006’s platinum-selling “The Black Parade” is an operatic concept record complete with all of the shameless flamboyance of a 70s-era Queen and David Bowie, modernized by the production of Rob Cavallo (Green Day, Paramore). The record is told from the perspective of a cancer patient on their deathbed whose life experiences and memories become a “parade” upon their demise. The concept of having your complete life experience reflected in a parade is culled from the mind of lead vocalist Gerard Way, who spends his spare time writing comic books (“The Umbrella Academy”).

“The Black Parade” was digestible enough for me to get into more narrative-driven rock music, even though I am not usually a proponent of the densely packed, high-concept record. Concept records are not a novelty to this genre; Pink Floyd wrote one of the high watermarks of rock concept records with 1973’s “The Dark Side of the Moon,” exploring all aspects of the human condition in a shifting universe. Now I understand that My Chemical Romance’s impact on the world was hardly as earth-moving as Pink Floyd’s in the early 70s or Nirvana’s in the early 90s, but “The Black Parade” still carried the torch for the disaffected youth dealing with social anxiety, depression and a distorted self-image. You know, real-life problems.

But what makes millions of people connect with a story about a dying cancer patient? Certainly, the themes of self-loathing and redemption connected with the many who bought the record. Like Nirvana’s “Nevermind” in the early 90s, “The Black Parade” made it okay for the so-called goth kids, misanthropes, punks and metal heads to coalesce in celebration of a movement that acknowledged their existence. If that sounds corny, it is probably because I am almost 23, writing about a record I loved like a puppy when I was 13.

Sometimes all somebody in a state of disaffection needs is a rally cry and a wall of loud guitars crashing over them, in which case the grandiose “carry on!” chorus during “Welcome to the Black Parade” is all a quirky kid like myself needed for survival during junior high school.

I am acutely aware that this section of the rock world is maligned for catering to adolescent emotions that are passed off as trivial. Just visit any punk music forum or Facebook comment section. My Chemical Romance has literally been pelted with bottles and food onstage following a Slayer performance in Reading, England, for the perception that they cater to such a young and female-dominated demographic. Some highbrow music critics (Robert Christgau, Matt Schild) have even dismissed “The Black Parade” as a humorous footnote.

To be fair, nobody had to care about My Chemical Romance or “The Black Parade,” but people did and still do. Based on figures from several national music-based trade organizations around the world, the nearly 700 million people who bought physical copies and brought the record to platinum status in seven countries would attest to the strength of the record’s narrative.

As of this year, MCR announced a 10 anniversary reissue of the record, “The Black Parade/Living with Ghosts.” Now the alternative rock pundits and news outlets from Kerrang! to Rock Sound are alive with exclusive interviews about MCR and the production process of “The Black Parade.”

The 10th anniversary of the record has even prompted national magazines, such as Alternative Press, to commemorate it with an anniversary issue, in addition to its flood of My Chemical Romance-related content over the past six months. Such a barrage of publicity for an inactive band means that “The Black Parade” had a seismic impact on the rock scene 10 years ago, enough to keep it relevant beyond the rest of their catalogue. Since the band’s well-publicized, but amicable, breakup in 2013, reunion rumors and questions have given the band a sort of legend status that few artists enjoy postmortem, if ever.

Today, the band’s fan base, the MCRmy (pronounced “MC army”) exists in swaths around North America, South America, Asia and Europe. The MCRmy was even nominated in the 2014 Alternative Press Music Awards for the distinction of “most dedicated fans.” To grasp how a simple piece of music can change the trajectory of somebody’s life, look no further than the “The Black Parade.” This record excited and scared me enough to inspire me to get out a pen and some paper and create my own content from scratch. Carry on.