Anxious? You are not alone 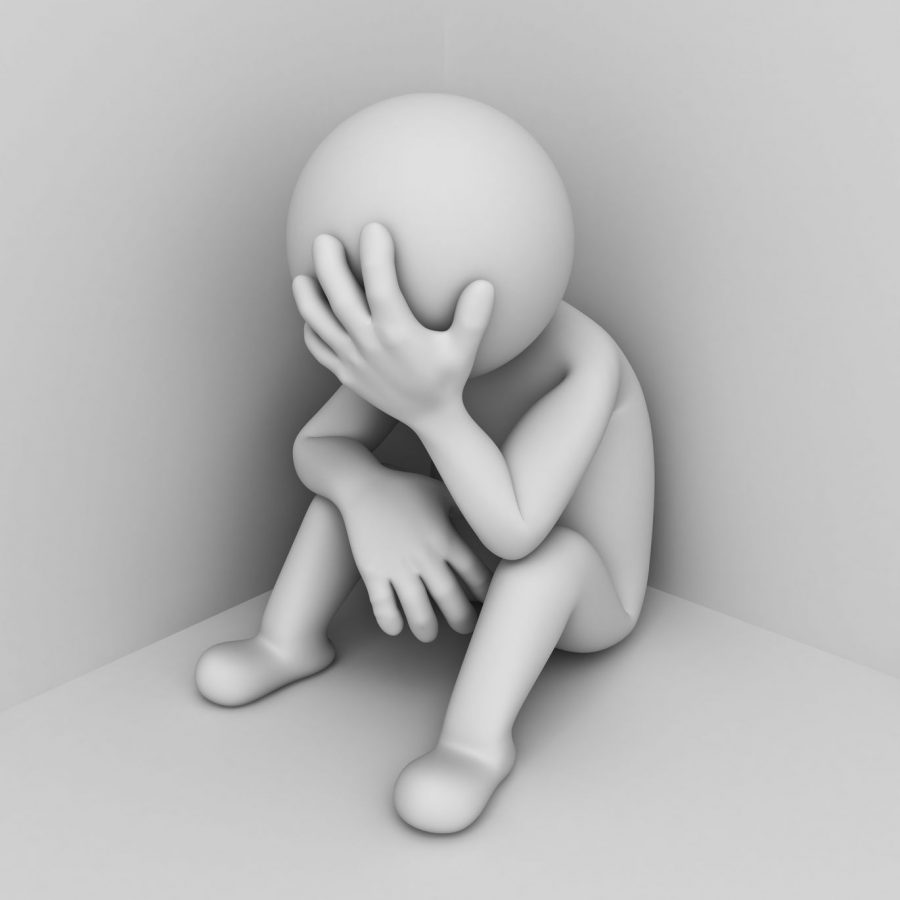 While in the throes of anxiety or depression, being a student can seem like an afterthought. For many, mental illness such as the various forms of anxiety and depression inhibit even the simplest daily tasks. Homework, relationships and professional development seem impossible when you are white-knuckling it through your day or waking up at 12 a.m. in a cold sweat because of a sudden panic attack.

Chances are, you or someone you know struggles with symptoms of anxiety or depression. While it is important to distinguish between being stressed from living with anxiety and depression, your mental health matters and it’s worth talking about.

Almost 16 percent of college students in the United States have been treated for or diagnosed with a form of anxiety, according to the 2015 National College Health Assessment Survey conducted by the American College Health Association (ACHA).

Meanwhile, 13 percent of students said they were treated for or diagnosed with depression, according to the ACHA’s Spring 2014 National College Health Assessment.

Here at JSC, students have an open forum for discussing feelings of anxiety and depression with counselors in the Wellness Center and with their peers.

Sabrina Olsen, an English major, has battled with her anxiety since she was four and depression since she was 15. Among her diagnoses was generalized anxiety disorder (GAD), characterized by excessive worry over daily functions.

Her outlook is to not only acknowledge her struggles and how they affect her, but to talk about them.
“I’m an open book — I believe that sharing is very important because you can destigmatize mental illness and share about mental health,” said Olsen. “The most poignant moment between my anxiety and depression is when I landed in an inpatient hospital diversion rehab kind of thing. It’s called NFI [NFI Vermont, Inc.], which is basically a place you go to for anywhere between five and 12 days.

“You get the same schedule every day and it’s very intense therapy so you won’t end up in a mental hospital,” she continued. “It’s just hospital diversion so they can keep you out of there, but at the same time get you the help you need. I ended up there after a suicide attempt actually. It wasn’t successful and I am having such a great time here — the homework is not the best — but the community here is great and everyone is super caring. That’s definitely one of the most poignant times where I realized, ‘Wow, I actually need to get help.’”

Olsen recognizes that men, not just women, have to feel more comfortable in society talking about their anxiety and emotions.

“Honestly, I wish somebody would have told me this when I was younger: Don’t be afraid to ask for help,” she said. “That is such an important thing. I hate that there’s such a stigma around mental illness because everyone has this whole ‘Showing emotion makes you week’ thing. Emotions are meant to be felt. They’re not supposed to be a sign of weakness — everyone feels emotions. Yeah, men might not show them as often as women do, but men still have emotions, too. Society tells them not to show them as much.”

Those who have GAD do not often realize it and, as a result, do not seek proper treatment, according to a 2015 study done by University of Vermont’s Sarah Rosner. She also mentions that nearly 23,000 of the adults in Vermont have some variation of a serious mental illness.

JSC art major Luke Hungerford acknowledges that his depression and anxiety, for which he has received therapy, have greatly affected his daily activities over the years.

“It takes away my ability to get things done on a daily basis,” he said. “Doing homework or talking to people or new people — even leaving my room at all. If I’m sitting there and I know I have a lot to do, I’ll just start to have an anxiety attack and start hyperventilating and then shaking and I can’t really move. I’m like, ‘Well, there goes my entire day.’ That just snowballs into other things.”

Hungerford, like me, understands from experience that comforting someone with deep-rooted anxiety or depression is not a simple task.

“It’s almost impossible to talk to somebody with depression and be like, ‘It’s going to be okay, don’t worry about things,’” said Hungerford, “because no matter how many times you hear that, you feel like, ‘Bullshit. No, it’s not.’ It’s a cliché and there’s thousands of them. No matter what you say, people with depression and anxiety are going to be like, ‘I heard that, no medication’s going to help and nothing you say is going to help.’”

To differentiate anxiety from stress, however, is tough when everyone experiences stress and some even admit they self-diagnose. Erica Desrochers, a Community College of Vermont student, acknowledges that even though there may not be a formal diagnosis, there may still be an underlying reason for why someone would use the terms anxiety or depression as a crutch.

“I feel like they’re not really intentionally misused or overused,” she said, “because even people who are using them as a cry for help, there’s still something going on within them. It might not be clinical anxiety or depression, but there’s still something that’s making them say, ‘Hey, I need help!’ I feel like they’re not misused or overused, but maybe just misunderstood.”

Desrochers said her experience with social anxiety has hurt her interactions with others since high school, despite some marked growth since then.

“It’s affected me in that social aspect and not wanting to go out and make new friendships and new relationships,” Desrochers added. “It’s affected my work a lot, too, having them depend on me. Having to wake up and not knowing what state my mind is going to be in that day. Some days I wake up feeling like I can conquer the world and feel like I can do anything. Then other days it literally takes everything, not to be overdramatic, just to get out of bed and try to assimilate as a normal member of society.”

Her advice to others struggling with anxiety and depression is to ignore the romanticized and stigmatized culture surrounding mental illness and realize that you are never alone externally.

“There are all these memes on Facebook that say, ‘When you’re crazy, but your boyfriend still loves you,’” said Desrochers. “They try to make it a cute thing. It’s not cute when you’re crying your eyes out and you can’t breathe and feel like you’re dying and hyperventilating.”

The overwhelming sentiment expressed by Olsen, Hungerford and Desrochers is to find that central support system in your life if you or a loved one is battling a mental illness.

As somebody who has treated his anxiety and depression with isolation and self-medication, I encourage those struggling with any level of anxiety or depression to start having those difficult conversations with a counselor here at JSC, a close friend or a trusted family member. I wasted five years of my life hating and blaming myself before I came to grips with what was ultimately treatable with the love and affection of my loved ones. That was the day I decided to talk about my feelings.