“Science Fiction” worth the wait 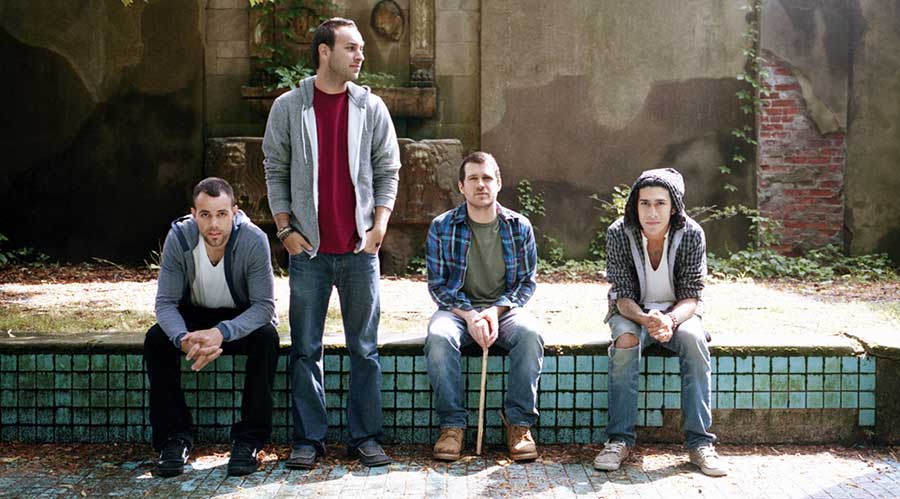 A sense of ephemerality has cast shadows over Brand New’s career since the Long Island-bred alt-rock torchbearers began pointing to an ominous deadline, releasing T-shirts printed “BRAND NEW 2000-2018” in 2016.

Cryptic signaling aside, a near decade of anxiety and folklore has found its terminus with a new record that seems conscious of its delay.

And, as 2003’s acclaimed “Deja Entendu” and 2006’s contemplative “The Devil and God are Raging Inside Me” chronicled the triumphs and trappings of adolescence and expectations, Lacey’s lyrics on “Science Fiction” examine his various mental and emotional states during the recording process.

A series of psychoanalytic therapy tapes cut in and out of the record with chilling relevance to Lacey’s confessions of substance abuse, bipolar disorder and self-harm.

“It lit me up like a torch on a pitch-black night/Like an ember in the needles of a dried out pine/It lit me up and I burn from the inside out/Yeah, I burn like a witch in a Puritan town,” Lacey sings with granular precision on the six-minute dark prog-leaning opener “Lit Me Up.”

Lacey’s struggle with depression and his Christian faith largely informed his work on “Devil and God,” a motif that his latest opus confronts directly on the confessional rock cut, “Can’t Get It Out.” The song recalls the frayed vocals of “Deja,” but aches with more vulnerability than any moment in the Brand New canon.

Lacey ruthlessly self-deprecates on the fragile “Same Logic/Teeth,” self-criticizing a history of cutting during a tragically comic scene: “…you’re no tailor, you’re no surgeon, none of your cuts go very straight/Every new layer you uncover reveals something else you hate,” he snarls before changing personalities to unleash his cathartic, feral shrieks seconds later.

On the Cobain-saluting “137,” Brand New trek into bleak territory with lines like: “Let’s all go play Nagasaki/We can all get vaporized/Hold my hand, let’s turn to ash/I’ll see you on the other side.”

As Lacey’s plaintive howl paints the song’s Pacific Theatre imagery, Accardi’s rip-roaring solo explodes into columns of fire across the bullet-streaked skies and is accompanied by Lane’s wall of crashing cymbals and pounding kickdrums.

A chief architect of the band since their beginnings, producer Mike Sapone (Taking Back Sunday, Sorority Noise) captures Brand New at an organic medium between melodiously sweet passages and jarring soft-to-loud dynamics without feeling forced. This is a quality necessary to allow the pain and longing felt on the record to breathe rather than suffocate under glossy production.

Those longing themes include portraits of Lacey’s family and faith prevail communicated through his brighter moments on the creaking acoustic lullaby “Could Never Be Heaven” and the arid western rock of “Desert.”

Both tracks find Lacey considering life beyond Brand New, or maybe, life without Brand New with references to his wife and children. The former hears the singer cooing in his smooth, low register, “You are not alone/We are not separate/My daughter’s shoulders are my shoulders/My son’s hands my hands/My wife’s heart my own heart…”

After a series of uncertain years, the only certainty is that there is a new Brand New record that just went number one on the Billboard Top 200 Albums Chart. The band’s superlative career mirrors Lacey’s multi-layered talents and presence across an enigmatic 18 years.

However, it’s Brand New’s humanity and artistic fearlessness that have earned them a religiously devoted fanbase and acclaim from publications such as Pitchfork, Alternative Press and Spin. If 2018 is the end of Brand New, then “Science Fiction” serves as an appropriately conflicted bookend to a storied career.