A license to sail 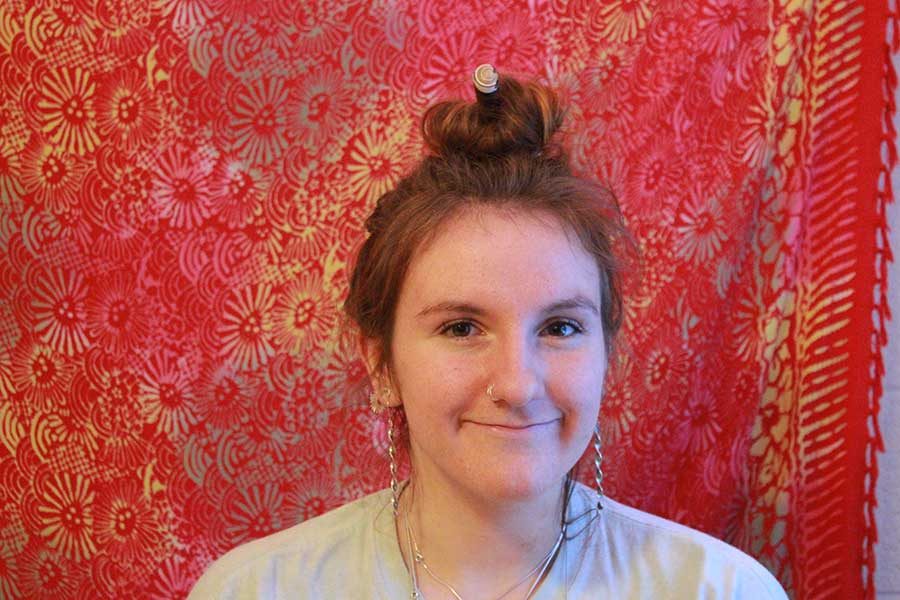 Luna Crowley, a full-time NVU student, attained the title of Captain on Feb. 3 after passing a 56-hour captain’s course. The final exam took place in Danvers, Massachusetts, and ran six hours long. Crowley was the third to finish and pass in a class of 24.

Crowley is a sophomore Resident Assistant at NVU-J, majoring in Wellness and Alternative Medicine. Due to her full-time status, she took the captain’s course during winter break. The United States Coast Guard (USCG) Operator of Uninspected Passenger Vessels (OUPV/Six-Pack Captain’s License) course certifies its students to be able to take up to six paying passengers on uninspected (recreational or inland towing) vessels up to 100 tons in weight. Vessels of this size, usually between 50 and 75 feet in length, are usually charter boats used for fishing, SCUBA diving, tours or leisure.

While Crowley’s exposure to sailing started at a young age, she’d tell you that she only started calling herself a sailor after her gap year.

After Crowley graduated from high school, her aunt contacted her asking that she take the year off and sail across the Caribbean.

“My aunt Pat lives in Long Island, New York,” said Crowley, “she runs a charter business during the summer and rents her boat out to rich New Yorkers. She makes all of the money that she needs for the year in the three months of the summer through that charter business. So, in the winter instead of winterizing the boat and keeping it in Long Island, she does a trek down to—really wherever she wants to go—she’s gone to Belize, Cuba [and] the Bahamas.”

Crowley’s aunt was about to take her trip when she contacted her parents, saying that it would be a transformative experience. Crowley accepted the offer, deferred her enrollment and went to Long Island. “I lived at her house for a month and we did some really gruesome grunt work,” said Crowley. “It’s a wooden sailboat, so all of the sanding needs to be done by hand and it’s 57 feet long. Then I was kind of—literally—thrown into a sink-or-swim situation where I had to learn all the knots and all the lingo fast because I was living on the boat and we were going out to sea.”

Crowley first heard about the captain’s course from her aunt, who said she’d hire her to run the charter boat during the summer if she became certified.

Before signing up for the course, Crowley had to have 360 days of time at sea. A day in this instance counted as four or more hours at sea per day (not to be construed to mean that the 24 hours within a day could count as multiple days of sea-time). These days also had to be spent past the boundary lines for the Near-Coastal license. “There are boundary lines, or made-up lines, that defer international versus inland waters,” explained Crowley, “but really besides that, there weren’t very many prerequisites.”

The OUPV is a Coast Guard-approved course, requiring students to have class time to learn rules of the road and other basic sailing knowledge. While there are options to complete the course over a few months by attending class every other week, Crowley decided to take the weeklong course to accommodate her student status.

The sailing industry (like many others) is a predominately male-oriented field. This brought its own set of challenges to Crowley, a 20-year-old woman.

“When I got to the course, I quickly realized I was not the type of person that usually goes to be a captain,” said Crowley. “There’s a lot of toxic masculinity. A lot of people are thrown off when they see a female captain.”

Crowley was one of two women in a class of 24. There were no people of color, and all of the participants (besides Crowley) were retired or about to retire.

“I, in that week-long class, faced the most amount of misogyny that I ever have in the twenty years of my life,” said Crowley. “I felt that a lot of the time, I needed to (including to the instructor) almost over-vocalize the fact that I knew what I was doing more than a lot of the men in the class because the instructors, the helpers and the men in the class would just assume that I didn’t know anything. I was constantly interrupted in the class, constantly assumed to be dumb. When I’d call the instructor over and ask for help, before I even finished asking my sentence, he would interrupt me and assume that I was asking a question that I wasn’t asking—a question that would be assuming I was less educated than I actually was.”

Crowley also found that there were two different kinds of men in the class: the first that wouldn’t even acknowledge her presence as human and the second that would stare and make advances on her. “It was either very predatory or very degrading, and that really broke me down towards the end of the class,” said Crowley.

“I would call my mom during our ten-minute breaks every two hours and I would call her crying from the hotel, saying ‘you need to give me words of confidence to keep going with this.’ Because I want to keep going, but it’s really emotionally draining feeling insignificant for fifty-six hours straight.”

Despite the adverse challenges she faced being a 20-year-old woman in the class, Crowley was able talk, not only with her mom, but also with her aunt, an invaluable mentor during the process. “My Aunt Pat is basically the epitome of a badass, strong, stick-it-to-em woman,” said Crowley. “She intentionally mentors women into this profession—I’m not the first one she’s done this with—because she thinks it’s really important for women to be that kind of pioneer that the world needs.”

According to Crowley, her aunt was a great source of support for her during the class by validating her experiences and sharing her own as a female sailor. With the help of the women in her family, Crowley was able to take her experiences and use them as motivation to pass the exam.“I think,” said Crowley, “being a woman who works in a field that’s predominately [male] is really tiring, emotionally and physically, and really takes a toll on your confidence. But it’s also inspiring, because nothing worth attaining is going to be easy, and I feel like I’m contributing to paving a way for women to have a place in this field.”
Now that Crowley has her license, she’s officially hired to run her aunt’s charter boat during the summer.

For her next certification, Crowley has her eyes on the OUPV/12-pack Captain’s License, which would allow her to take up to twelve paying passengers on a vessel.

The WAM major is on track to become a naturopathic doctor and hopes to marry her two passions after med school, either by running a sailing/healing retreat in Central America or becoming a traveling doctor.

“When you are out at sea and there’s nothing around you and there are rolling waves and dolphins playing in the water and bio-luminescent plankton that makes your hands glow; it’s a way to step out of your hustling, bustling, ‘I’m-so-important’ world that everybody is taught to live in and feel exactly how insignificant you are,” said Crowley. “It’s the connection to nature and yourself that I really love about it [sailing].”

Crowley advises young people wanting to enter the sailing profession to embrace both challenge and self-advocacy. “Usually anything that scares you is something that’s pushing your social and personal boundaries in a way that you can really grow from,” she said. “And I found that all of the uncomfortable experiences that I’ve gone through that have pushed me on this, has really shaped me into a more well-rounded woman, sailor and person. So, I guess, no matter how hard things are, no matter how much they suck or how discouraging they are, sticking to them feels really great when you’re at the end of it.”