Brad Moskowitz: hope and a knife 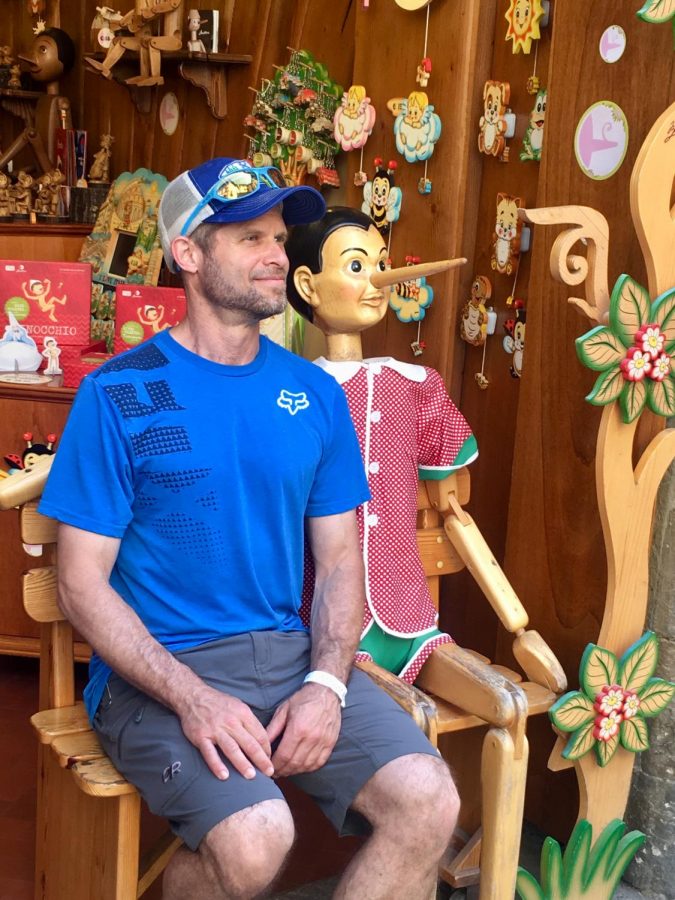 Brad Moskowitz is a professor of outdoor education, tourism, and leadership, as well as co-chair of the Environmental and Health Sciences department. Brad also oversees the coordination of the outdoor education, leadership and tourism program on the NVU-Johnson campus.

What’s the best expedition you can remember?
God, they’ve all been incredible experiences.
A few years ago, I was privileged to take one of my wilderness leadership classes to Peru. It was a challenging trip. We had to send someone home within the first few days because of some altitude illness that he couldn’t acclimatize to. We had some weird group dynamics like we do on every trip, but it was truly an experience where these students got to open their eyes to a completely different culture and landscape and world paradigm than the one that they were so familiar with.
It doesn’t hurt that we were in one of the most beautiful mountain ranges in the world, the Cordillera Blanca in the Peruvian Andes. Several of us got to attempt to climb and summit a peak that was just a few feet shy of 18,000 feet. That was certainly one of my many peak experiences.

What’s the weirdest expedition you’ve been on?
I’ve had some challenging ones. This one course that I taught was a capstone experience called wilderness leadership techniques. It was always done toward the end, after students had accrued some skills and knowledge and expertise. They could take care of themselves, and the idea was they plan an expedition and carry it out.
I’m kind of there along for the ride, giving them constructive feedback, and working together to help their professional and personal development. Out of the 20 or 21 courses I led, there was one where I sent a student home because they didn’t want to be there.
It was incredibly sad, and a difficult thing for me to do, but it had to be done because the student was having some personal issues. That was probably one of my most difficult moments.

If you were going to plan your dream adventure or expedition, where would you go?
Outside for sure. I’ve been taking people to the desert southwest of The United States regularly for about 20 years. I think it’s incredible for people who have only grown up in Vermont or in the northeast. It’s such a completely foreign landscape for them. The desert affords so much, and it’s so rich and full of life, even though people look at it as such a barren, empty landscape.
I mentioned the Andes and the Cordillera Blanca, and I’ve taken groups to to Costa Rica into the ocean, and to Ecuador, and the volcanoes. And there’s so much right out the door, like right over there. You know, you can just you can step on the long trail just a few miles or so from campus. So, I think any place where you can feel in touch with your natural surroundings is potential for the perfect experience.

What’s the best piece of advice you’ve ever received?
I’ll give you one from the father of my good friend who ran Arlington outdoor education. Ken Arnold told me that, as you move up the professional ladder and continue in your work, to try not to be like everybody else who continues to take on more responsibilities. He said to try to do a little bit of the opposite. Get really good at what you do, and learn how to say no, and not take on too many things so you can find balance in your life. I’m still working on it, because obviously I got a lot going on.

Conversely, what’s the worst piece of advice you’ve gotten?
I tell a story to my students about a time where I almost lost my life on the Rio Grande. I took the advice of somebody who I looked up to and believed was an expert, and the advice was that we can make it under that bridge with our rafts. It didn’t quite work out that way. I don’t know if that’s really a piece of advice, but I think what I’ve learned from it is to go with your gut instinct, and to not always put 100% of your faith in somebody else. Certainly, people have good intentions, and I wouldn’t deny them that, but listen to yourself.

Hopefully, it’s many years down the road, but what would you want to put on your tombstone?
I’m not sure in what order and how it would be written, but I think some of the words or terms or thoughts that I would want on there are loving, caring, giving and inspiring. I think those are some of the things I would like to be remembered by.

What’s your guilty pleasure?
I like ice cream, even though it upsets my stomach. Sometimes I’ll just take a few scoops out of the fridge. My other guilty pleasures? I like chilling on the couch and watching a movie. I’m not always outdoors crushing it or being in the mountains or breathing the fresh air or swimming in the swimming holes.
Oh, and I really like a comfortable pillow.

What’s the one thing you think people should do, if they could just go out and do it?
Get uncomfortable. Learn to suffer and learn to embrace the suck. Meaning, when you’re outside, and it’s 40 degrees and raining, and you’re soaked to the bone, and you’re out of water, and everything single thing you have is wet. Pushing through hardship is probably one of the most enlivening things that we can do as human beings. The reality is life is precious and beautiful. We need to value and cherish every minute we have on this planet, yet, it’s also really freakin’ hard. We all are going to suffer loss, and unfortunately that’s a big part of life, is losing things that we love and people that we love and things that we care about and our ability to do things as we age or whatever. So, embracing the suck, and trying to wring out the little bit of positive in everything that we’re able to persevere through as human beings.

What’s the best thing anyone has ever said about you?
I can’t remember one thing, but I sometimes get cards from students. I mean, this one says,
“I wanted to thank you for the past few years, it really means a lot that I can call you a friend, as well as a mentor. You’ve helped me to push my comfort zone with varying degrees of success. Thank you, again, for helping me to pursue my passions in discovering the endless gear list. Till our paths cross again.”
That’s one example. I think that what inspires me the most is remaining in touch with my former students and seeing the incredible lives that they have created for themselves. That gives me incredible pleasure.

What’s the worst thing someone’s ever said about you?
Well, I’ve had my fair share of short jokes. I mean, that’s sort of an ongoing thing. I think the worst thing anyone’s ever said about me, and this isn’t a specific quote, but people who don’t think I’m genuine or have insinuated that I didn’t tell the truth. I’ve had that happen.
One year, this is probably the most difficult student interaction I’ve ever had, a student basically accused me of discrimination against them. That really hurt. I really took it to heart. I did my best to work through it to create a positive outcome for all of us involved, but that was the worst thing.

What’s the one thing you would want to have on you if you ever got stuck in the wilderness?
The single most important thing that I would want to have with me is hope. And then on top of that, I think I would probably want a knife.

Who are the three people from history you would most like to have dinner with?
Maybe Sir Edmund Hillary, the first to summit Everest. Martin Luther King to talk about his vision for the world and our country. Yeah, and John Lennon.

What’s the biggest change or epiphany you experienced in this line of work?
I think it’s that we have incredible influence and can change somebody’s life and change the direction and their future path and influence people in positive ways. I think that’s the epiphany, and that’s kind of congruent with what I was saying earlier about one of the things that gives me immense satisfaction is learning where people go and what they do after they have experiences here. Many of them sort of follow a path of adventure and professional adventure that they gained through our program, but many of them don’t, but they do really awesome, cool things, and it’s just so inspiring to hear about them.